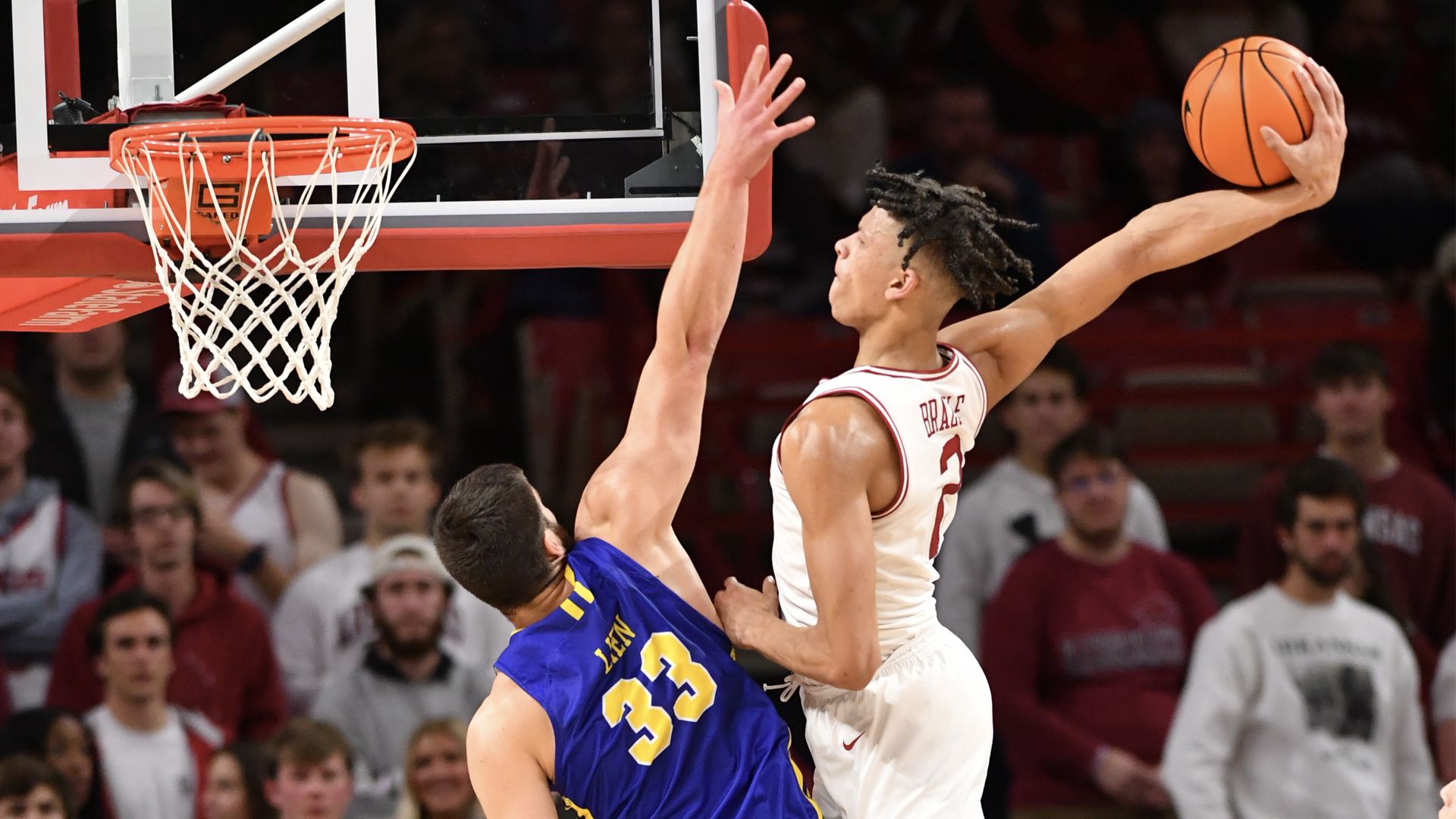 FAYETTEVILLE – Ricky Council IV led Arkansas in scoring for the third straight game and Trevon Brazile recorded his second double-double of the season – and his career – to lead #9/10 Arkansas (3-0) to a 71-56 victory over South Dakota State (2-2) Wednesday night at Bud Walton Arena – a game that was the 500th men’s basketball game played in this the 30th year of the facility.

Council scored a game-high 19 points (8-of-12 FG) and Brazile had 13 points and 10 rebounds while throwing down a highlight reel dunk that immediately went viral. Davonte Davis also scored 13 points while Jordan Walsh had 10 points and three steals in 16 minutes before leaving the game early in the second half with an ankle injury.

For the third straight game, the Razorback defense was the story. No player from SDAU scored in double figures and its leading scorer through two games – Matt Dentlinger (16.7 ppg) – was just 0-2 from the field with three points. The Razorbacks have yet to surrender 60 points and held the Jackrabbits – one of the top shooting teams in the nation from last year (#1 in the NCAA in overall FG% and #2 in 3-pt FG%) – to just 32.1% shooting overall and 18.6% (3-of-16) from 3-point range.

Up next, Arkansas will travel to Hawai’i to play in the Maui Jim Maui Invitational Monday-Wednesday (Nov. 21-23). The Razorbacks will face Louisville in the opener at 4 pm (CT) and the game will be televised on ESPN2.