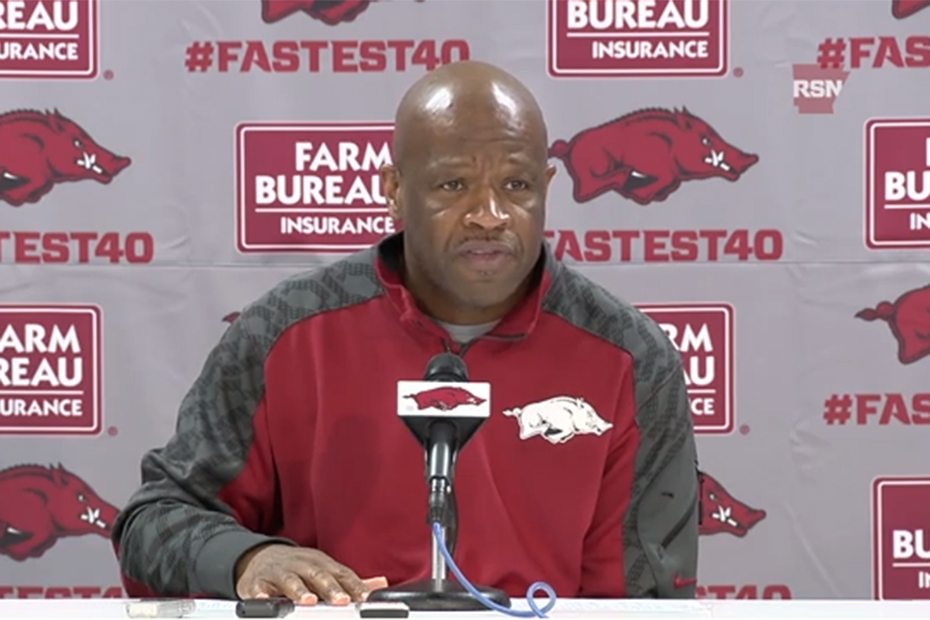 The public will get its first look at the 2018-19 edition of the Razorbacks on Oct. 19 at the annual Red-White Game. The squad will also play exhibition games on Oct. 26 and Nov. 2. The Razorbacks will open their regular-season home slate by hosting UC Davis, Indiana, Montana State and UT Arlington as part of the Hardwood Showcase, with additional home non-conference games versus FIU, Western Kentucky, Georgia Tech, Texas State and Austin Peay. Arkansas will face UTSA on Dec. 15 in Little Rock’s Verizon Arena.

Arkansas, featuring four returning players and 10 newcomers, will look to make its fourth NCAA Tournament appearance in the last five years. In doing so, the Razorbacks will be put to the test in their season opener as the squad travels to Fort Bliss – a United States Army post in El Paso, Texas – to face the Texas Longhorns in the ESPN Armed Forces Classic. The Longhorns, like the Razorbacks, played in last season’s NCAA Tournament and posted a 19-12 record. Arkansas and Texas are familiar foes with the Razorbacks leading the all-time series 87-67, including a 77-74 Arkansas win on Dec. 17, 2016 in Houston.

The test does not get easier when the Razorbacks return home for five straight games in Bud Walton Arena, four of which will be part of the Hardwood Showcase. Arkansas will host defending Big West Conference champion UC Davis (Nov. 12), Indiana (Nov. 18), Montana State (Nov. 21) and UT Arlington (Nov. 23). The fifth game of that homestand will be on Dec. 1 as the Razorbacks face FIU.

The remaining home games in December include Western Kentucky (Dec. 8), Georgia Tech (Dec. 19), Texas State (Dec. 22) and Austin Peay (Dec. 28). Western Kentucky was 26-11 last season and had an RPI of 32. Georgia Tech will be making its first trip to Fayetteville as the Razorbacks and Yellow Jackets have met twice in Atlanta and twice on a neutral court.

Southeastern Conference play begins Jan. 5 at Texas A&M. The first home league game for the Razorbacks is set for Jan. 9 versus Florida.

Rare Trips for Big 10 and ACC to Bud Walton Arena

On the Road for Season Opener