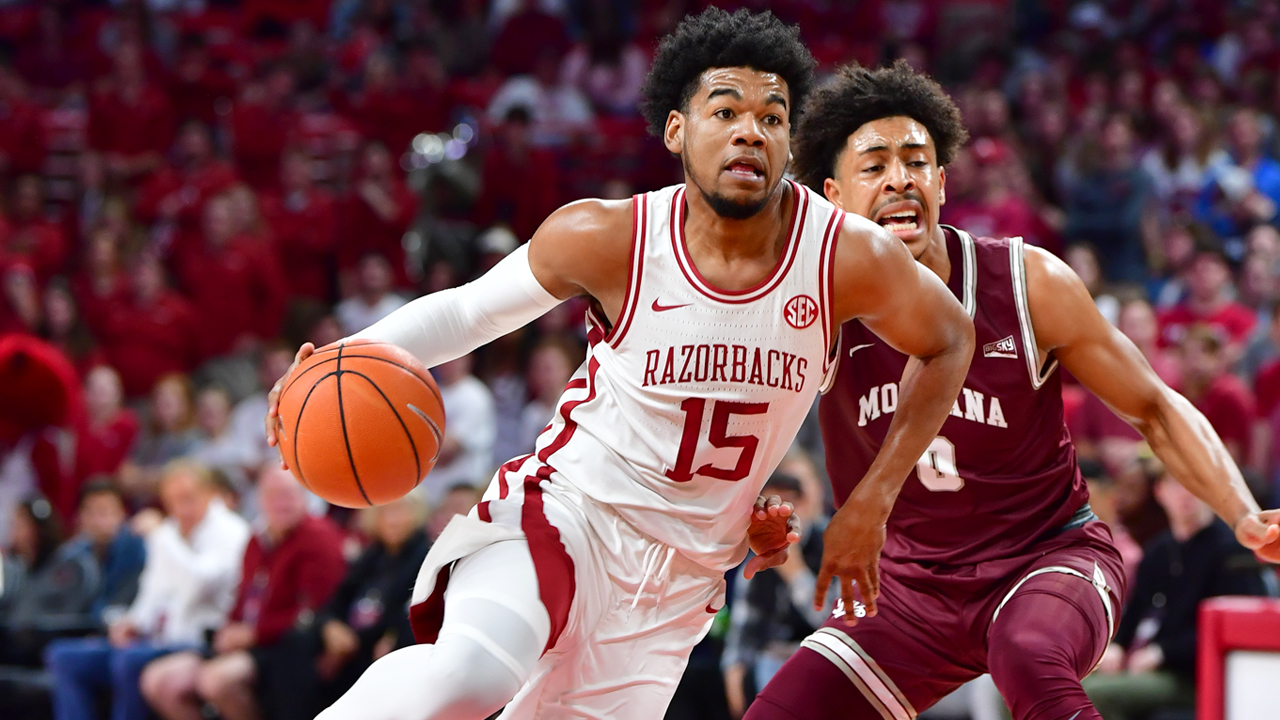 FAYETTEVILLE – Arkansas has not allowed an opponent to score more 20 points in the first half and no more than 46 points total in each of its three wins this season. On Saturday, the Razorbacks claimed a 64-46 victory over Montana in the teams’ opening game of the Collegiate Hoops Roadshow presented by AtmosAir – Razorback Regional at Bud Walton Arena.

Adrio Bailey (12 points and career-high 11 rebounds) recorded his first career double-double while Mason Jones led the team in scoring for the third straight game, pumping in 19 thanks to a perfect 8-of-8 at the free throw line, while having a team-high four assists and team-high four steals. Jimmy Whitt Jr., finished with 14 points and seven rebounds.

Arkansas was only up one, 14-13, with eight-and-a-half minutes to play in the first half but finished the first half on a 17-5 run to take a 31-18 lead at the break. Overall, Arkansas kept Montana scoreless the final 2:51 of the first half.