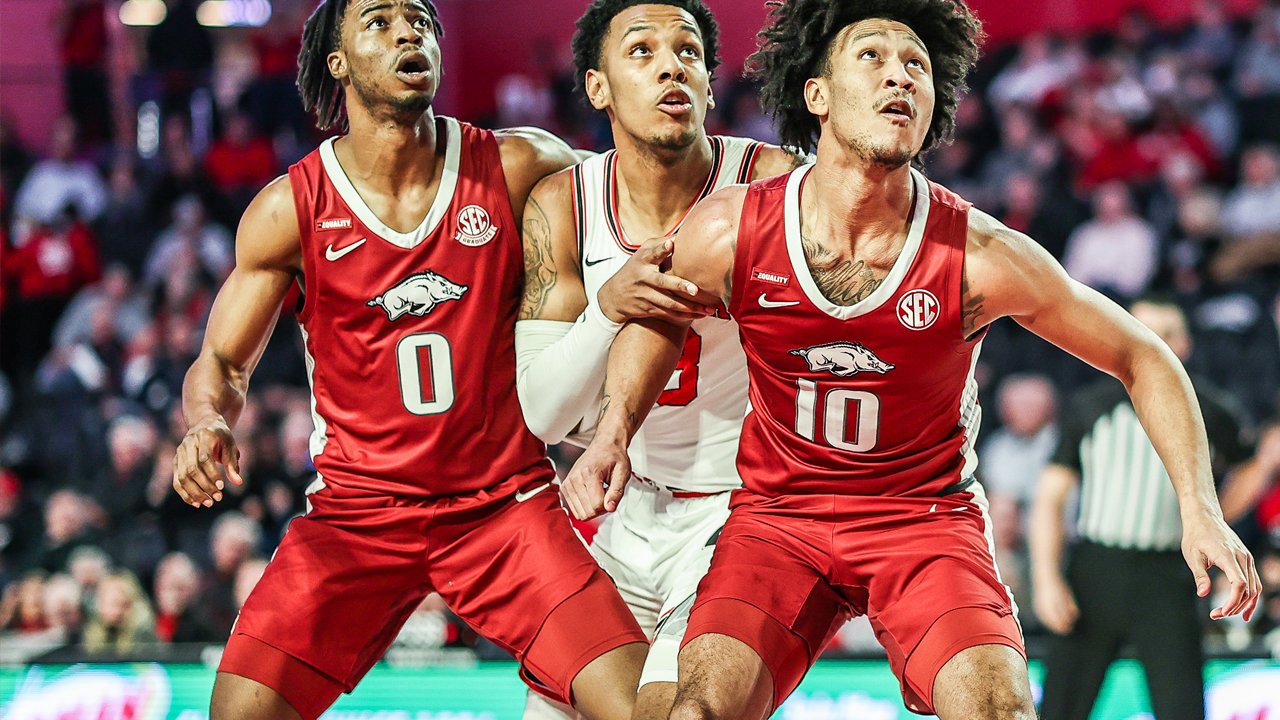 The win gives the Razorbacks their seventh straight and improves their record to 17-5 overall (6-3 SEC).

Both teams were on fire offensively in the first half, each shooting over 58% from the field and combining for 100 points. However, in the second half, Arkansas got it done on both ends of the court. The Hogs out-scored the Bulldogs, 46-26; shot 52.9% from the field while holding UGA to 34.5%; and connecting for 64.3% from 3-point range while holding Georgia to 16.7%.

Arkansas tied a season-high with 23 assists, including a season-high seven by Chris Lykes and JD Notae dished out six. Lykes also had four steals – one off his career high – including three off inbounds passes after Arkansas scored.

Notae, the SEC’s leading scorer, was one rebound shy of a double-double with 23 points and nine rebounds. Jaylin Williams, who only played 19:26 due to foul trouble, had 14 points and eight boards.

Arkansas returns to Bud Walton Arena for the next two games, hosting Mississippi State on Saturday (Feb. 5) and Auburn (Feb. 8).