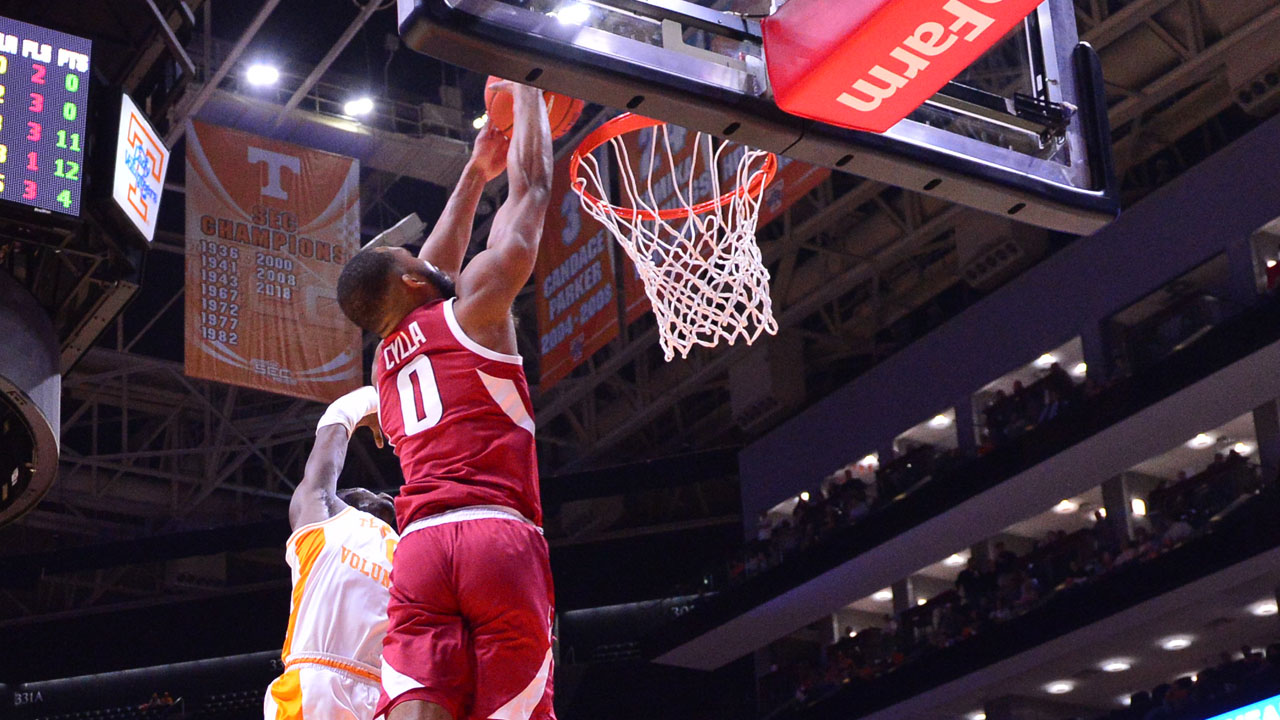 KNOXVILLE, Tenn. – Tennessee had five players score double-digits, including a game-high 20 points and eight assists from freshman Santiago Vescovi, to lead the Volunteers to an 82-61 victory over Arkansas Tuesday night at Thompson-Boling Arena.

Jimmy Whitt Jr., led Arkansas with 19 points, making a career-high 11-of-16 at the free throw line, and added three steals.

Arkansas had its lowest point total of the year and shot a season-low 30.6% to fall by double figures for the first time all season. The Razorbacks had been one of only nine Division I teams to avoid any double-digit defeats.

Both teams were at less than full strength for this one.

The Vols did a much better job of adapting to their circumstances.

Desi Sills scored 11 points for the Razorbacks and Reggie Chaney added 10 points and six rebounds. Ethan Henderson had an SEC career-high four rebounds and he played an SEC career-high 16 minutes. Jamario Bell saw his most action (5:21) and blocked two shots