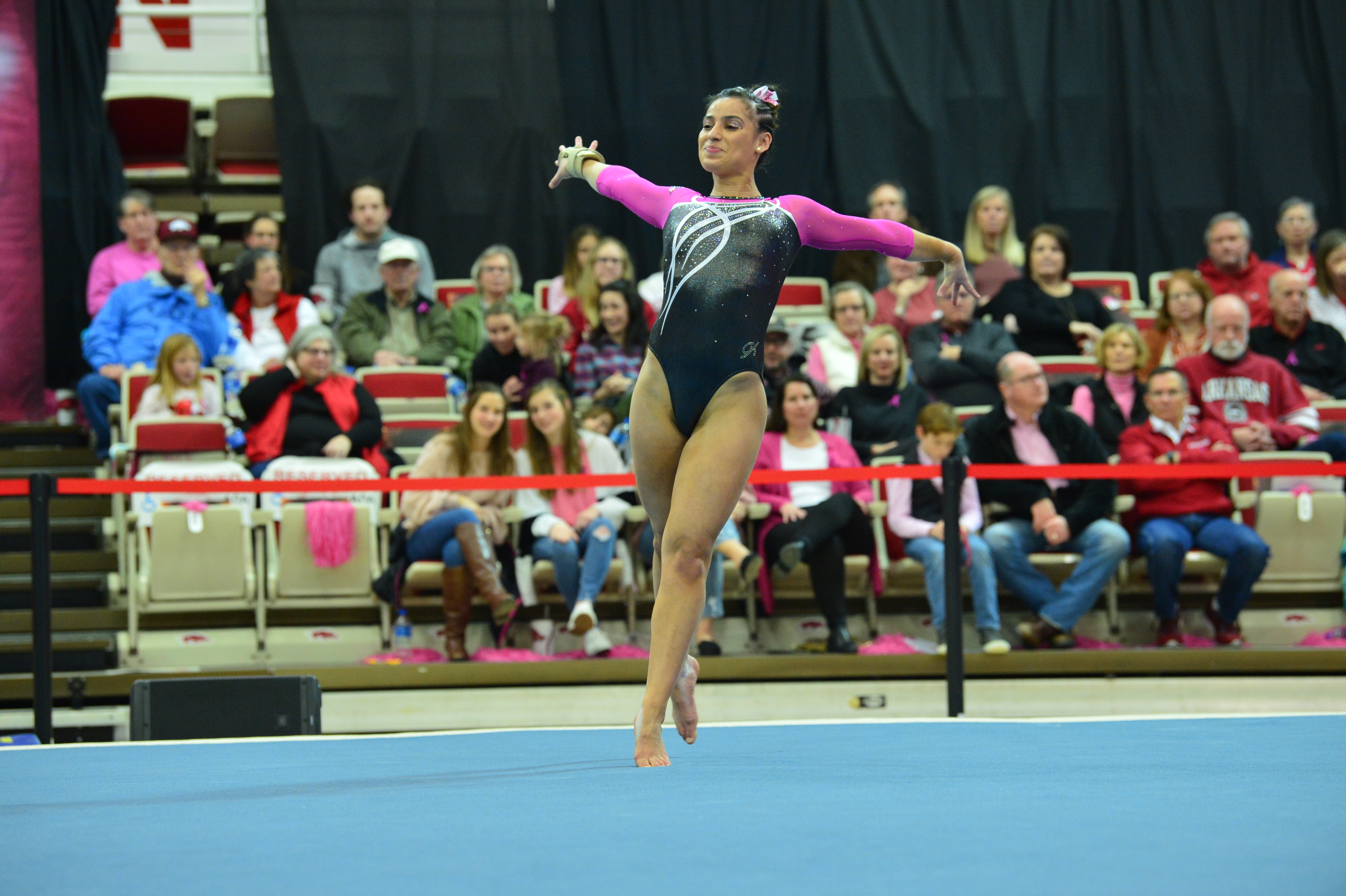 Arkansas Falls At Home To Alabama

The Razorbacks were short a competitor as sophomore Sarah Shaffer sat the meet out with an injury.

First Rotation: Alabama Bars: 49.225, Arkansas Vault: 49.050
Arkansas again broke the 49 mark on the vault as Sydney McGlone led the Razorbacks with a 9.900 on the event. Freshman Kennedy Hambrick posted a 9.875 en route to a 39.375 all-around score. Fellow freshman Amanda Elswick anchored the rotation with a 9.800.

Second Rotation: Alabama Vault: 49.150, Arkansas Bars: 48.975
Hambrick led the Razorbacks on bars with a 9.900 which set a new career high for her as the Gymbacks put up their highest score of the season on the event. Sophomore Sophia Carter also set a career high with a 9.825 as junior Michaela Burton anchored the rotation with a 9.850.

Third Rotation: Alabama Floor: 49.225, Arkansas Beam: 48.750
Arkansas started strong on beam with a pair of 9.875’s from Hambrick and junior Jessica Yamzon. Arkansas was forced to count a low score on the rotation as Burton again anchored the rotation with a 9.850.

Fourth Rotation: Alabama Beam: 49.025, Arkansas Floor: 49.025
Carter garnered her fifth floor title in six meets with a 9.900 to end the meet for her fourth 9.900 or higher this season on the event. Freshman Savannah Pennese posted a 9.750 in her first appearance in the event as McGlone recorded a 9.875.

Up Next
Arkansas hits the road again to face the Auburn Tigers in Auburn, Ala. The meet is scheduled to begin at 7 p.m. Friday Feb. 15.