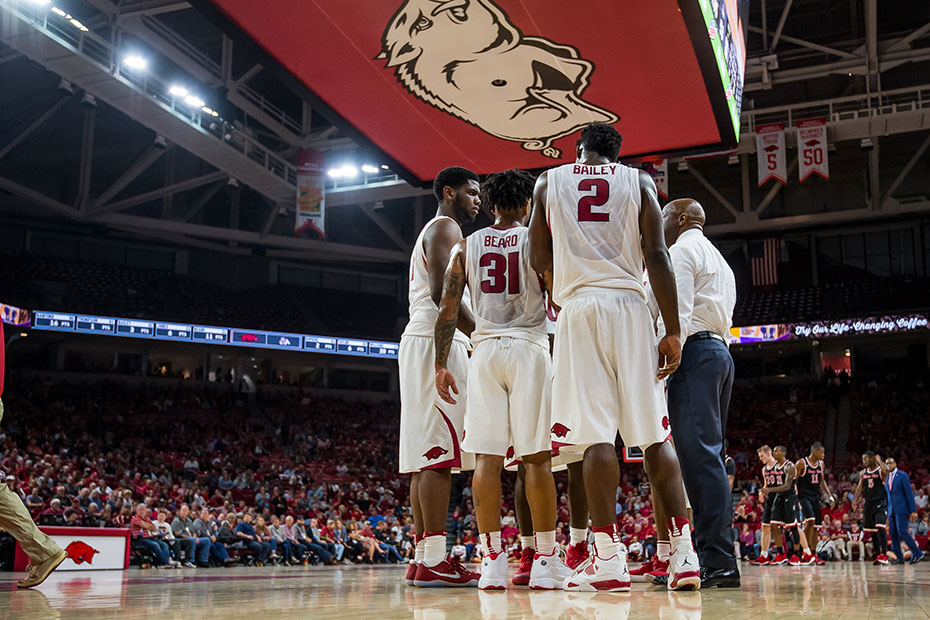 HOUSTON, Texas – The Arkansas men’s basketball team fell to 5-2 on Saturday, as the Razorbacks struggled from the field in a 91-65 loss against the Houston Cougars.

Things did not go well early for the Razorbacks. Despite missing its first nine shots, along with four turnovers, Arkansas only found itself down nine with 11:48 in the first half. Houston would build that lead to eventually 18, after scoring eight straight late in the half, but that was before senior guard Anton Beard drained a three as time expired in the half to cut into the Cougars’ lead. Houston would take a 44-29 advantage into the locker room. Beard would lead Arkansas at the break with eight points.

Beard beats the buzzer for @RazorbackMBB.

Arkansas struggled from the field in the opening frame, making just eight first-half baskets, while turning the ball over 10 times. Houston was in foul trouble early, being charged for 14 fouls, helping Arkansas get the line 12 times, going 9-of-12.

The troubles continued in the second half. Halfway through the period, Houston was outscoring Arkansas 28-16, as Arkansas found itself down 72-45. At one point, Houston made eight of nine shots, including five straight. Houston’s lead grew to as many as 29. Arkansas would cut it to 22, but that was it for the Hogs.

Senior guard Jaylen Barford and Beard led the way for Arkansas with 13 points each, while sophomore guard C.J. Jones posted 11 of his own and senior guard Daryl Macon scored 10.

The Razorbacks return home next week, as Arkansas hosts Colorado State on Tuesday at 7 p.m. and No. 12 Minnesota comes to Bud Walton Arena on Saturday at 5:45 p.m.