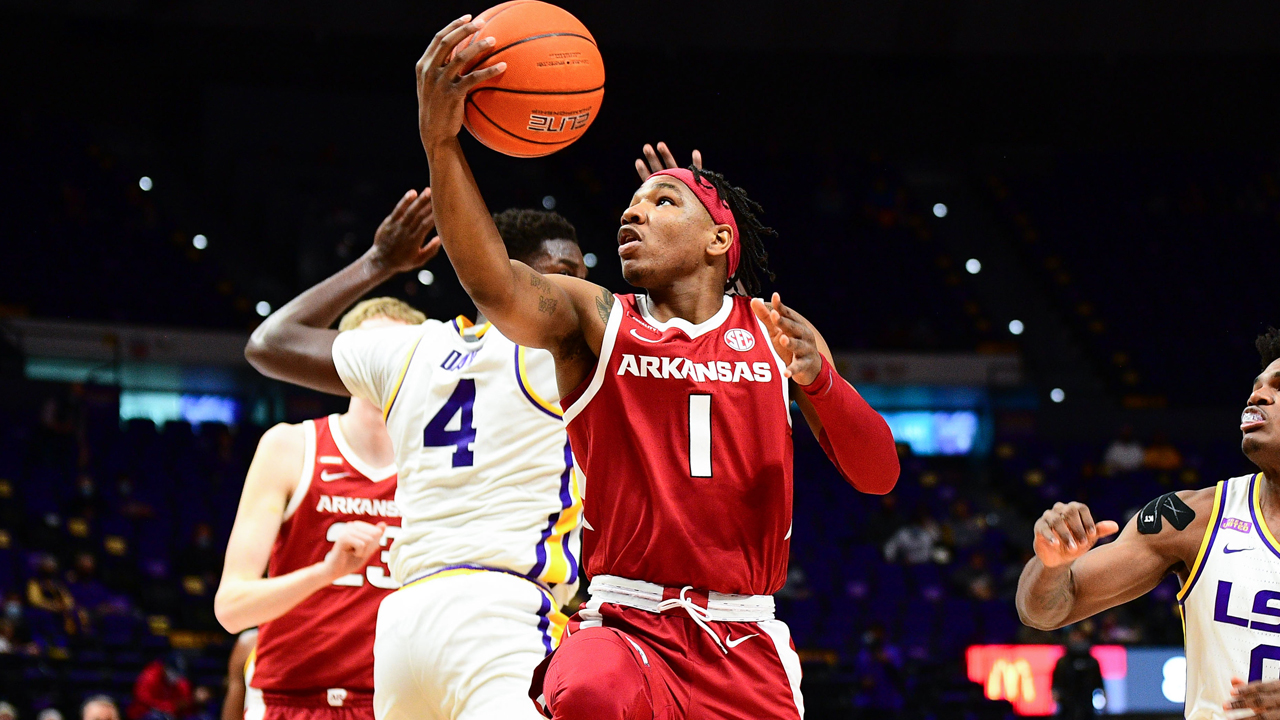 BATON ROUGE, La. – Arkansas fell into a 21-point hole early in the first half and could no recover to drop a 92-76 decision at LSU Wednesday night at the Pete Maravich Assembly Center.

Arkansas showed some fight in the second half, outscoring the Tigers 45-41 in the period thanks to 13 second-half points from Moses Moody and 12 from Sills.

LSU Had five players score in double figures, shot 53.1 percent from the field and out-rebounded the Razorbacks. 46-39. Darius Days and Trendon Watford each recorded a double-double. Days finished with 18 points and 13 rebounds while Watford had a game-high 23 points and 10 boards.

Arkansas stays the road face #24 Alabama on Saturday (Jan. 16). Tipoff is set for 2:30 pm (CT) and the game will be televised on SEC Network.