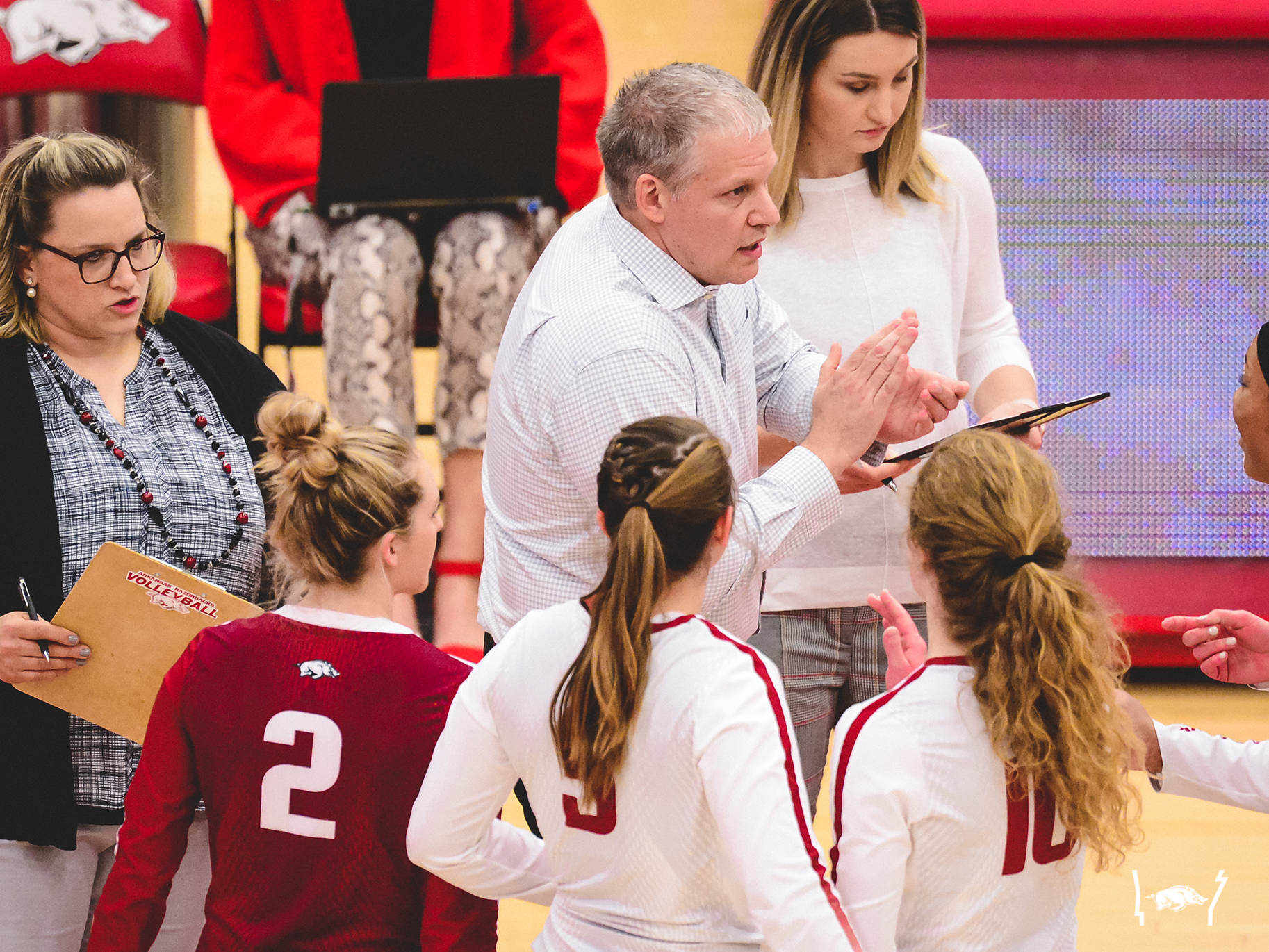 FAYETTEVILLE – The University of Arkansas volleyball team is wrapping up the regular season this week, as the Razorbacks head east, slated to face no.15 Florida on Wednesday evening and South Carolina on Friday night.

“Over the past two weeks, our team has continued to look for ways to play good volleyball,” said head coach Jason Watson. “Four-straight five-set matches means we’ve been playing a lot of volleyball and plenty of opportunities to find ways to play better than our opponents.”

“I’m really proud of the way we continue to prepare and practice. I like the way we are going about our business this late into the season,” Watson added.

Senior Rachel Rippee celebrated her senior day on Sunday with the win over the Bulldogs and signed off on a career that ranks her first all-time in assists during the rally scoring era at Arkansas. Rippee set a season-high with 39 assists versus Ole Miss before breaking her own season high with 44 assists against the MSU.

Freshman Jillian Gillen was named SEC Freshman of the Week for the second time during her rookie campaign after posting 5.50 points, 5.10 kills and 1.60 digs per set in wins over Ole Miss and Mississippi State this past weekend. Gillen recorded a season-high 31 kills against the Rebels Friday night and 20 kills against the Bulldogs on Sunday. Over the last four games, Gillen has recorded a combined 101 kills and averaged 5.05 kills per set