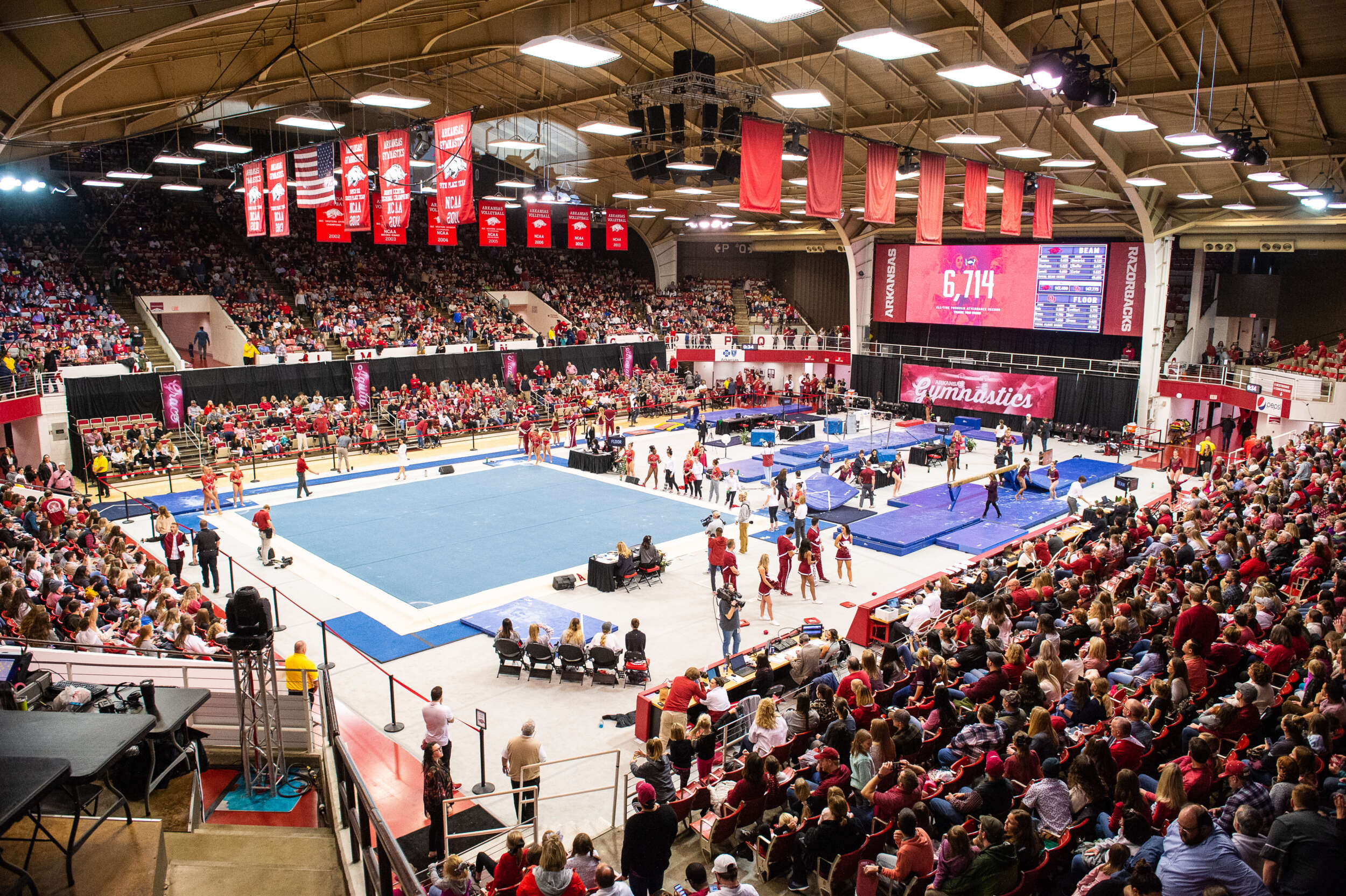 FAYETTEVILLE – The 2021 University of Arkansas gymnastics schedule will feature a Southeastern Conference only regular season, as announced by the league office on Monday (Nov.23). The season will be comprised of eight meets per school over a 10-week conference-only schedule.

The Gymbacks will host four meets inside Barnhill Arena, beginning Jan. 15 against the LSU Tigers. The squad will also host Florida on Jan. 22, Missouri on Feb. 19, and Alabama on Feb. 26.

The road schedule for the team features meets at LSU on Jan. 8, at Georgia on Jan. 29, at Kentucky on Feb. 12 and at Auburn for the regular season finale on March 5.

Arkansas will then conclude the regular season with the SEC Championships on March 20 at the Smoothie King Center in New Orleans, La.

The decision to limit competition to conference-only opponents is based on the need for maximum flexibility in making any necessary scheduling adjustments while reacting to developments around the COVID-19 pandemic and continued advice from medical professionals. The schedule will include two open dates for all schools in Week 5 and Week 10 to allow for rescheduling of postponed events.

Regionals are scheduled for April 1-3 in Salt Lake City, Utah, Columbia, Mo., Durham, N.H., and Morgantown, W.Va. Taking place over three days, nine teams will travel to regional sites, with seven automatically advancing to day two. Two teams at each site will compete in a play-in on the first day.

Meet times and television designations will be announced at a later date.