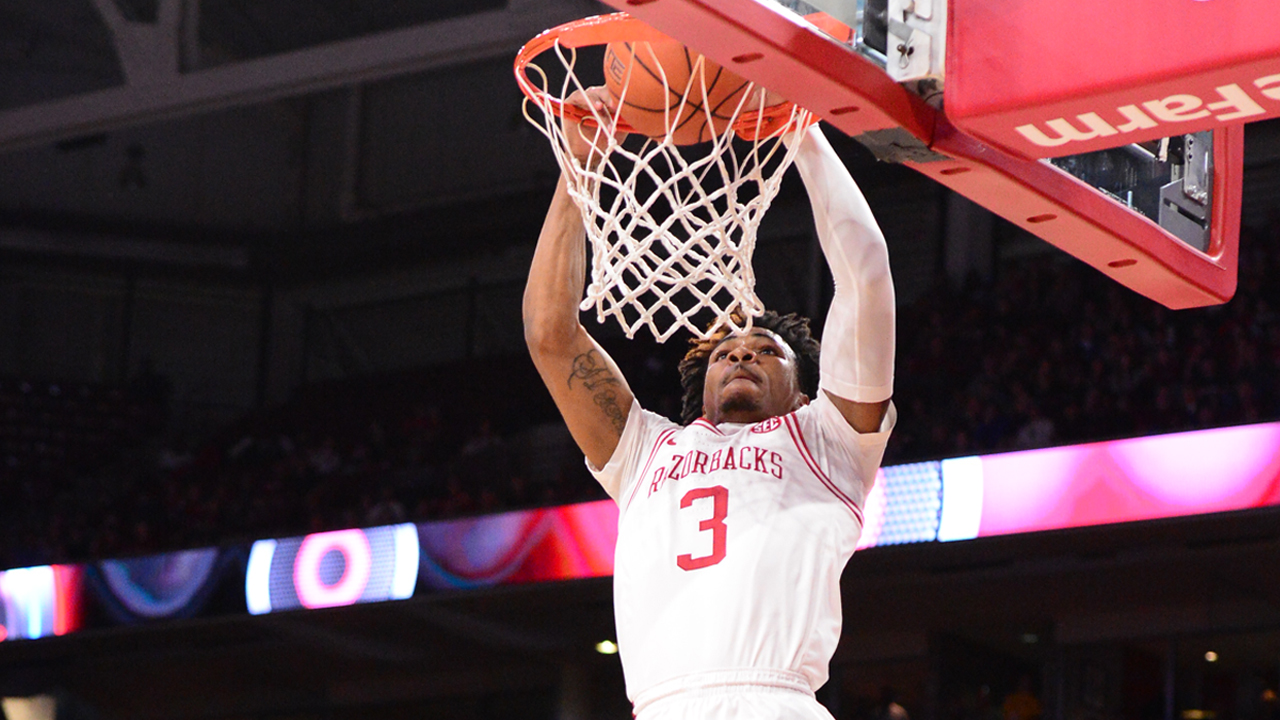 FAYETTEVIILE – Jimmy Whitt Jr., tied a career high with 24 points and Reggie Chaney came off the bench to grab a career-high 11 with a career-high five assists to lead Arkansas (7-0) to a hard-fought 66-60 victory over Northern Kentucky Saturday evening at Bud Walton Arena.

With the victory, Arkansas wins the Collegiate Hoops Roadshow – Razorback Regional with a perfect 4-0 mark. Whitt was voted MVP while Desi Sills and Isaiah Joe were named All-Tournament. Northern Kentucky’s Dantez Walton, who scored 30 points Saturday, was also voted to the All-Tournament team. The 30 points by Walton was the most by a Razorback opponent since Colorado State’s Printiss Nixon had 31 on Jan. 20, 2017.

The Razorbacks, who led by as many as 12 in the second half, never surrendered the lead. However, the Norse did trim their deficit to one, 61-60, on a Walton layup with 24 seconds left. Isaiah Joe made 1-of-2 at the free throw line for a two-point cushion. Northern Kentucky ran a nice play for an open 3-point attempt in the left corner with 14 seconds left, but the shot missed and Adrio Bailey came down with the defensive rebound. The senior was immediately fouled and sank both free throws for a four-point lead. The Norse missed another 3-point attempt and Whitt secured his ninth rebound with two ticks left. Whitt converted both free throws for the six-point win (66-60).

Sills just missed his career high, finishing with 17 points, and Joe had 10 points with four assists. Jalen Harris played 35:15 off the bench and contributed five assists.

The Razorbacks were without leading scorer Mason Jones, who suffered a shoulder injury during Friday’s practice.

Arkansas turns around to host Austin Peay on Tuesday (Dec. 3). Tipoff at Bud Walton Arena is set for 7 pm.

SECOND HALF: Arkansas Led By 12 And Hit Four FT Late in the Win