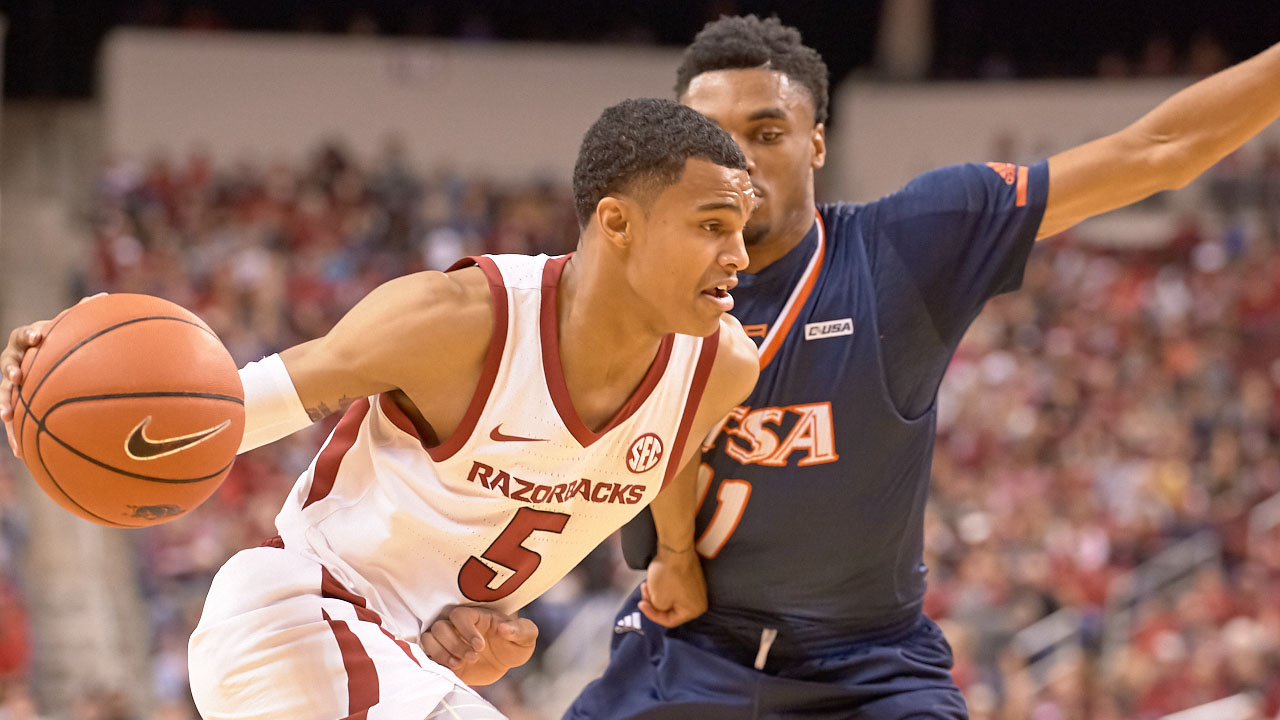 FAYETTEVILLE – Arkansas returns to Bud Walton Arena to host Georgia Tech on Wednesday (Dec. 19) at 8 pm. The game will be broadcast on the SEC Network.

This will be the sixth meeting between Arkansas and Georgia Tech. The Yellow Jackets have won four straight in the series and are 4-1 all-time against the Razorbacks.  Arkansas’ lone victory came in the inaugural meeting, 74-42, on Dec. 20, 1961 in Greenville, S.C. at the Poinsettia Classic.