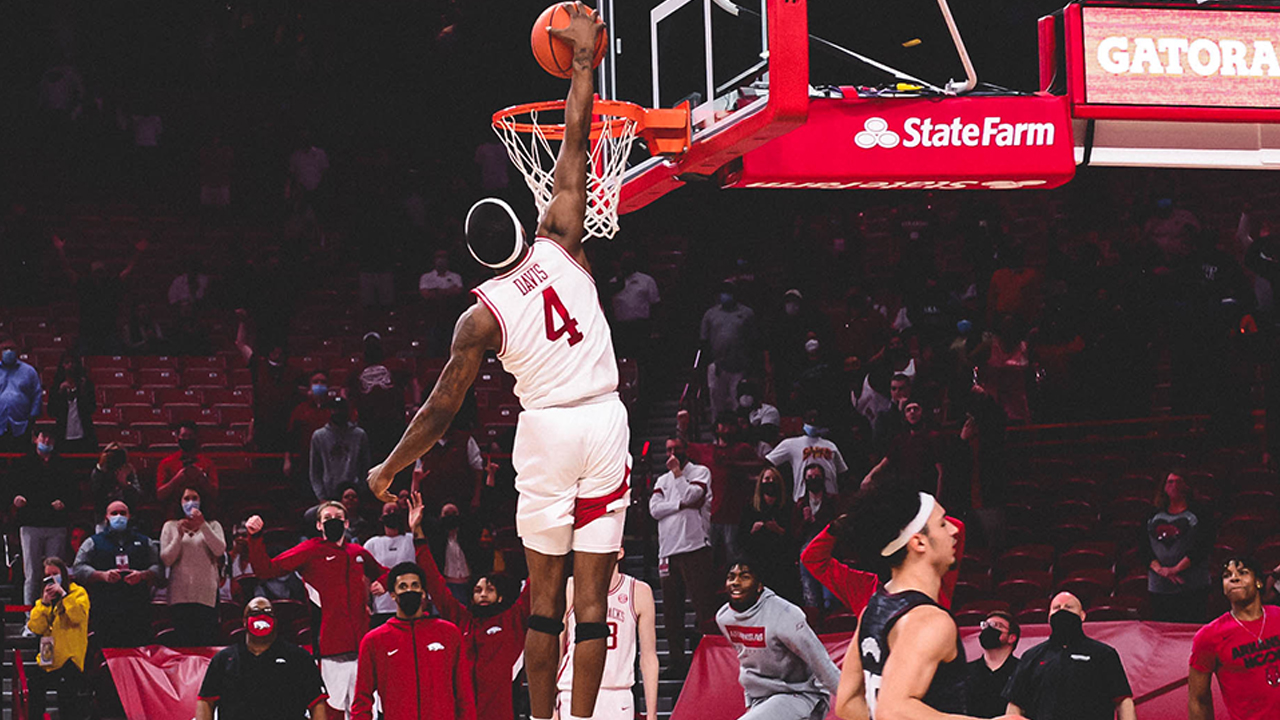 FAYETTEVILLE – Arkansas closed the 2020-21 regular season with 11 straight SEC wins – the best streak in the league this season and ties for the best SEC win streak in program history. The Razorbacks were rewarded by entering the top 10 – at #8 – in both national polls for the first time since the end of the 1994-95 season.

The Razorbacks jumped four spots in the AP poll and five places in the USA Today Coaches Poll. In the last four weeks, Arkansas has gone from 24th, to 20th, to 12th and now eighth in the AP poll while going from not ranked (#28) to eighth by the coaches.

The last time Arkansas was ranked eighth was the Feb. 20, 1995 poll. The Hogs are additionally a program-best #16 in the NCAA NET rankings.

Arkansas finished second in the SEC this season, just the second time since the SEC went away from divisional play for the 2011-12 season the Hogs have finished runner-up. The Razorbacks earned a double-bye to this week’s SEC Tournament, held at Bridgestone Arena in Nashville, Tenn., for the third straight year.

Arkansas will face the winner of Thursday’s Missouri-Georgia game in the SEC Tournament quarterfinal on Friday (Mar. 12) at 6 pm on SEC Network.