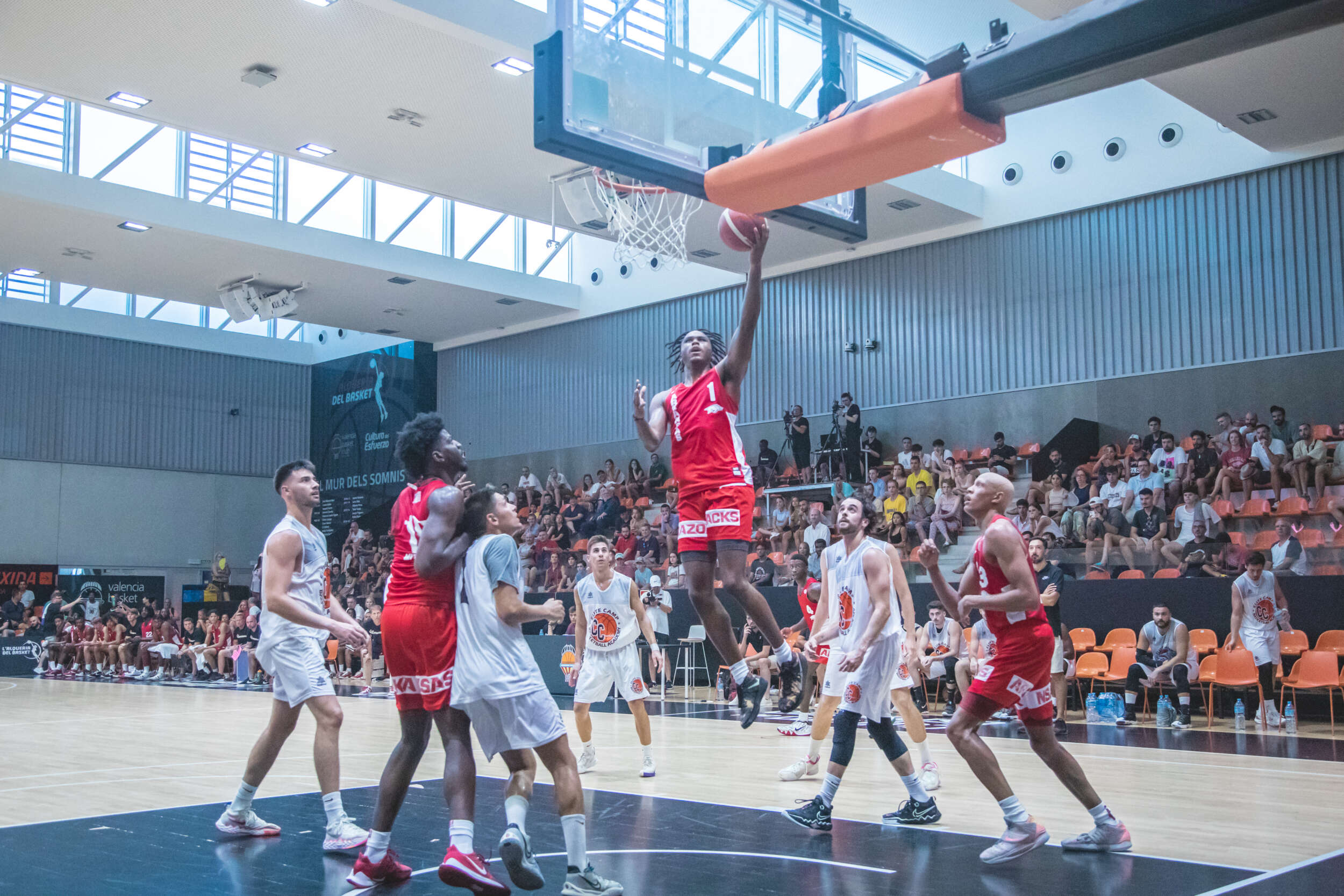 VALENCIA, Spain – Arkansas scored the first 10 points of the game and finished with a 108-59 victory over Valencia Seleccion in the Razorbacks first of four games on their foreign tour of Span and Italy.

Arkansas finished the first quarter with a 35-18 lead, but the Razorbacks cooled off a little in the second quarter but win 24-13. Valencia nearly matched the Razorbacks on the boards and made 4-of-5 from the line compared to zero free throw attempts by Arkansas, prompting a technical foul by head coach Eric Musselman.

Unofficially, five Razorbacks scored in double figures, including a game-high 21 by Nick Smith Jr. Trevon Brazile, who was 5-of-5 from the field, and Kamani Johnson, who had five offensive rebounds, each scored 12 points. Ricky Council IV added 11 points and Barry Dunning Jr., had 10. Johnson led the way with nine total rebounds and Council contributed eight.