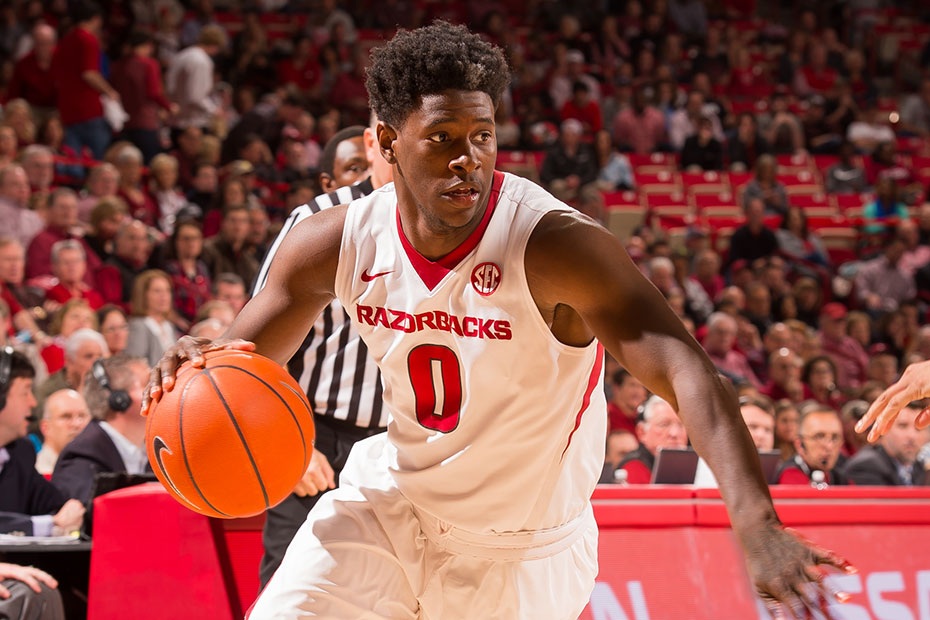 COLUMBIA, Mo. — Despite a second half rally, the Arkansas men’s basketball team fell 83-78 Saturday evening to the Missouri Tigers in Mizzou Arena. The Razorbacks fall to 17-6 overall and 6-4 in SEC play.

Down by 15 points in the second half, the Razorbacks used a 20-6 run to bring the game within one with 7:24 left to play. Missouri answered with a 6-0 of its own run to push the lead back to seven with a little over five minutes remaining, but Arkansas was able to fight back once again.

The Razorbacks cut the lead Mizzou lead to a pair with 1:51 remaining, but three late turnovers were the difference in a five-point defeat.

Turnovers haunted the Hogs all game, as Missouri scored 19 points on 17 turnovers.

Arkansas fell behind early as Missouri caught fire from the field, shooting 62 percent in the first period to create a 13-point lead at the intermission. Daryl Macon led Arkansas in scoring in the first half with 11 points, while Jaylen Barford had 10.

Barford has been consistent in the first half on the road in conference play, scoring in double figures before halftime in four of the last five games.

Barford led all scorers with a career-high 23 points on 8-of-16 shooting, including going 7-of-8 from the charity stripe. Macon fouled out with 15 points and three rebounds.

Dusty Hannahs was the only other Razorback in double-figures, finishing with 12 points and two assists. Manuale Watkins and Dustin Thomas each had six rebounds.

UP NEXT
The Razorbacks return home on Tuesday, Feb. 7, welcoming the Vanderbilt Commodores to Bud Walton Arena for a 7:30 p.m. tip-off on SEC Network.