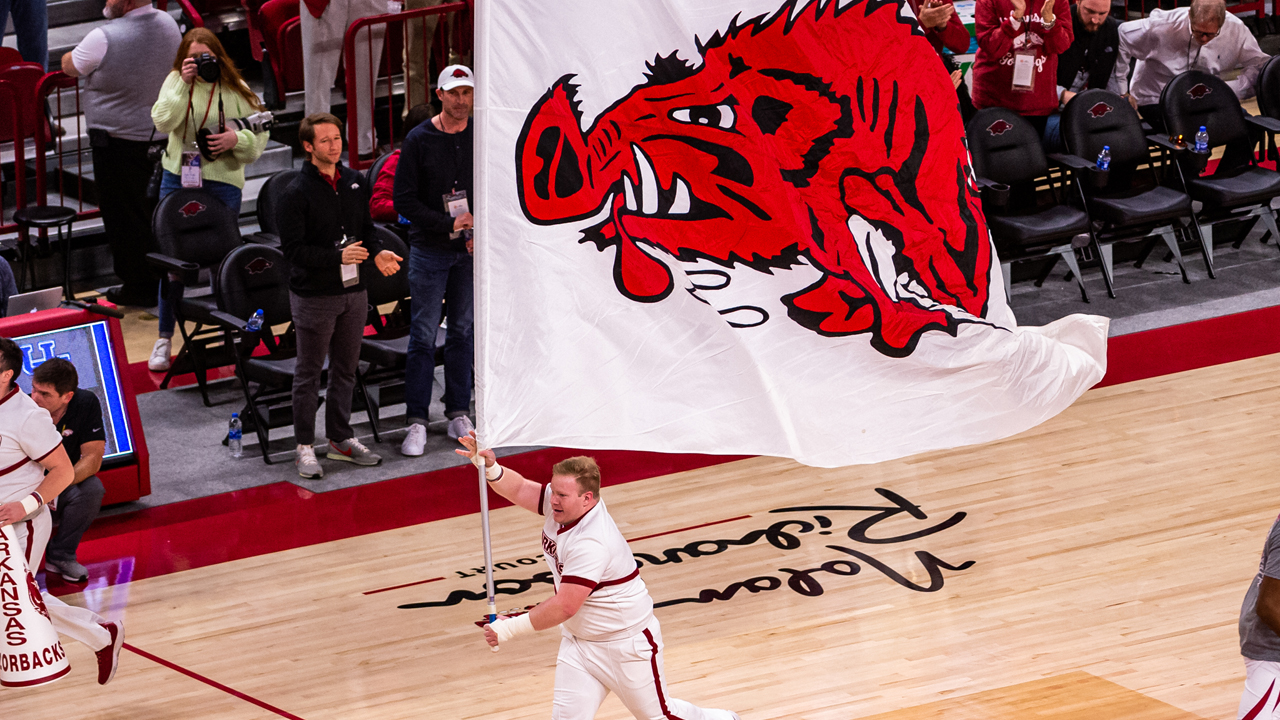 FAYETTEVILLE – Arkansas will play a total of 18 Southeastern Conference games for the 2020-21 season, including four Saturday home games and five midweek home games, it was announced today in conjunction with the league office.

The second edition of the Eric Musselman era will open SEC play on Wednesday, Dec. 30, at Auburn with its first home game coming the following Saturday, Jan. 2, versus Missouri. Overall, Arkansas will play five of its first eight league games on the road. Home games during the span include Missouri, Georgia (Saturday, Jan. 9) and Auburn (Wednesday, Jan. 20).

After that stretch, the Razorbacks will play its next three SEC games in Bud Walton Arena, starting with Ole Miss on Jan. 27. After stepping out of league play for the SEC/Big 12 Challenge at Oklahoma State (Jan. 30), Arkansas will square off against Mississippi State (Feb. 2) and Texas A&M (Feb. 6) for back-to-back home games.

Arkansas will play three of its next four contests on the road, including games at Kentucky (Feb. 9), at Missouri (Feb. 13) and at Texas A&M (Feb. 20). The lone home game over that time will be Feb. 16 versus Florida.

The final portion of the schedule features back-to-back home games with Alabama (Feb. 24) and LSU (Feb. 27) with the regular season ending on Mar. 2 at South Carolina.

The SEC built in a break from the regular-season finale until the start of the SEC Tournament to allow for any games that may need rescheduling due to the ongoing pandemic. The SEC Tournament will once again be played in Nashville, Tenn., at Bridgestone Arena from Mar. 10-14.