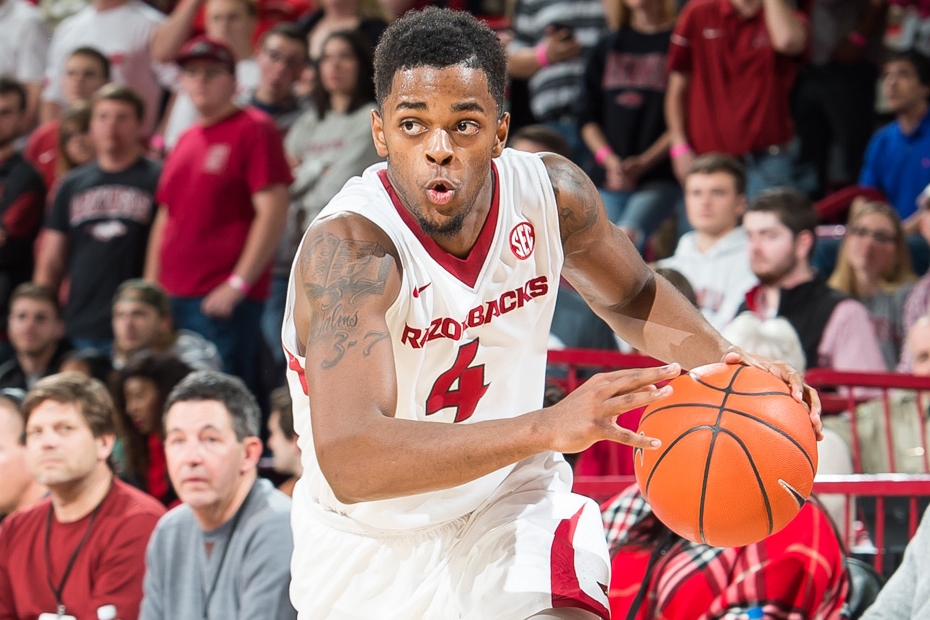 The Razorbacks have defeated the Tigers for the fifth consecutive time and improve to 90-14 inside Bud Walton Arena during the Mike Anderson era. Arkansas is one of three programs in the country with 90 wins and fewer than 15 losses at home over the last six seasons.

The Razorbacks used a big first half to pull away from the Tigers. After missing its first two shots of the game, Arkansas proceeded to make nine of its next 12 to open it up to a 25-14 lead midway through the first half. The Razorbacks later put together a 14-0 run to extend the lead to 21 before going into the locker room with a 50-36 advantage.

The Razorbacks were able to create some havoc on the defensive end. Pushing the tempo to its liking, Arkansas forced eight first-half turnovers and scored 17 points in transition in the opening frame.

Jaylen Barford led all Razorbacks in the first half, scoring 11 points to make it three of the last four games that he has scored in double figures before halftime. Macon had five first-half assists, which tied his career-high.

The Razorbacks maintained their double-digit lead throughout the second half, finishing on a 7-0 run and holding the Tigers scoreless for the final two minutes and 40 seconds of the game to capture a 19-point victory. Arkansas finished with its best shooting performance of the season, sinking 33-of-59 shots (.559).

Macon finished with a game-high 17 points, career-high six assists and four rebounds. Dusty Hannahs had 16 points of his own to go along with three boards and three assists. Five Razorbacks finished in double figures as Moses Kingsley ended with 10 points, Barford with 13 and Anton Beard had 11.

UP NEXT
Texas A&M is next up for Arkansas. The Razorbacks travel to College Station on Tuesday, Jan. 17 to face the Aggies at 6 p.m. on SEC Network.