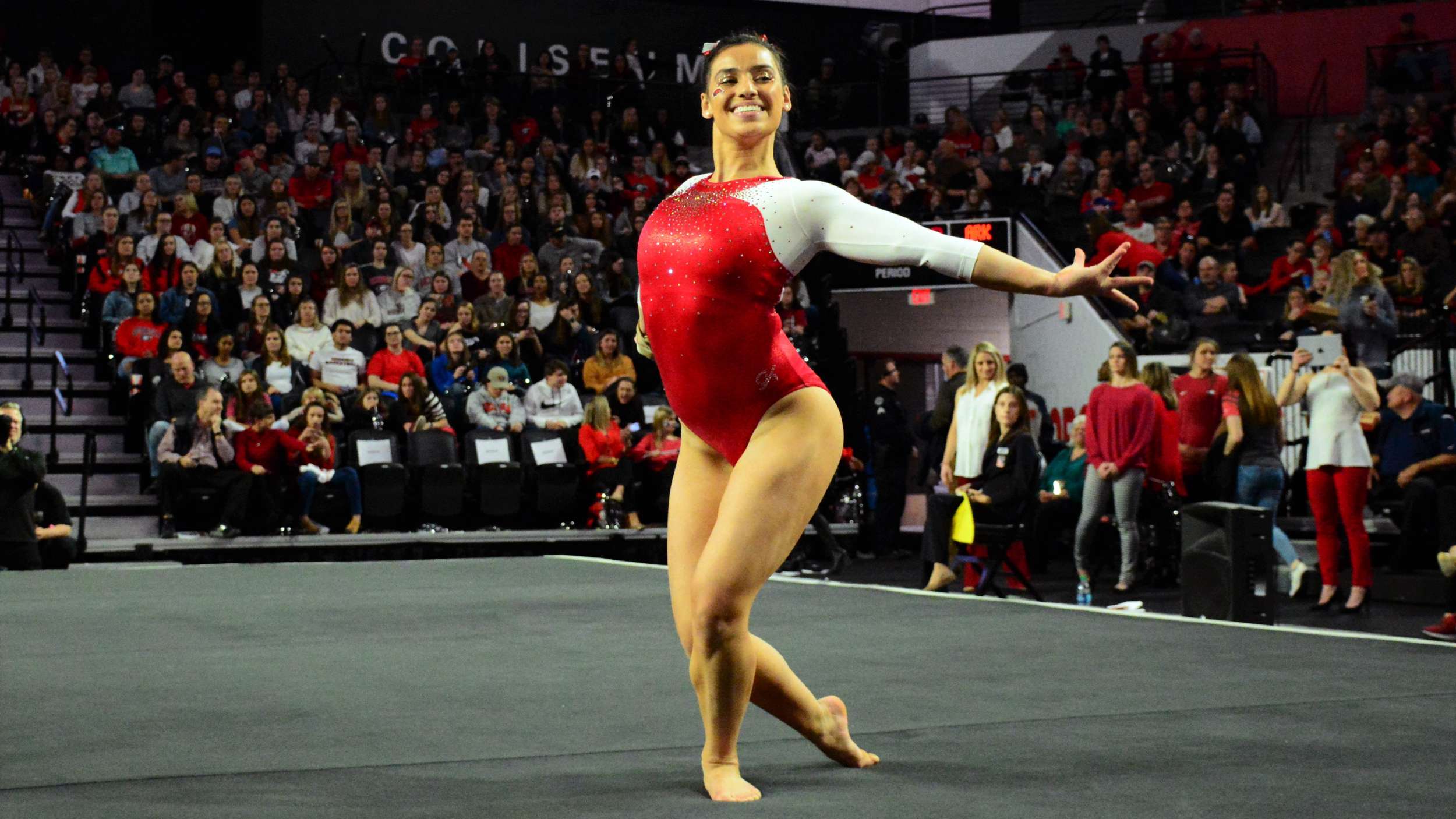 First Rotation: Georgia Vault: 49.400, Arkansas Bars: 48.750
Arkansas’ fourth and fifth positions in the first rotation posted its highest scores in the lineup, led by freshman Kennedy Hambrick who recorded a 9.850. Junior Hailey Garner tallied a 9.800 in her routine in the fifth spot. Junior Jessica Yamzon led the rotation off with a 9.775.

Sophomore Sydney Laird followed that up with a 9.750, but Arkansas was forced to count a 9.575 as there was a fall in the rotation. The score on bars was the second-highest this season.

Second Rotation: Georgia Bars: 49.275, Arkansas Vault: 49.175
Yamzon led the rotation off strong with a career high tying 9.850 on vault as the Razorbacks had four routines scored a 9.825 or higher in the rotation. Sophomore Sarah Shaffer put up a 9.825 following Yamzon’s vault.

The end of the rotation saw two big scores from senior Sydney McGlone and freshman Amanda Elswick as they posted a 9.850 and a 9.875 respectively. It marked the second-consecutive meet that Elswick posted a 9.875 on the event. The score of 49.175 is the third of 49.000 or higher in five meets on the event this season for Arkansas, after posting similar scores five times all of last season.

Third Rotation: Georgia Beam: 49.325, Arkansas Floor: 49.275
Yamzon again led the Razorbacks off with a solid 9.800 on the floor to set the pace for a season high score on the event. Hambrick and junior Michaela Burton followed that up with a 9.775 and a 9.700, respectively. Arkansas got a big score in the fourth position as McGlone put up her second-consecutive 9.900. It’s the fifth of her career and ties a career high.

The Razorbacks weren’t finished with big scores in the rotation as Shaffer posted a 9.850 and sophomore Sophia Carter put up a 9.950 as the anchor. It’s her third career score of 9.950, and second this season.

Fourth Rotation: Georgia Floor: 49.475, Arkansas Beam: 48.925
Arkansas got off to a good start in its final rotation, putting up a pair of 9.825’s from its first two competitors in Yamzon and Hambrick. Carter tallied a 9.825 in the fourth spot, as freshman Katarina Derrick made her Razorback debut with a 9.775. Burton ended the meet with a 9.675 as Arkansas’ fifth scorer on the event.

The Razorbacks return home next Friday to host Alabama. The meet is scheduled to begin at 6:45 p.m. and will be streamed on the SEC Network+.