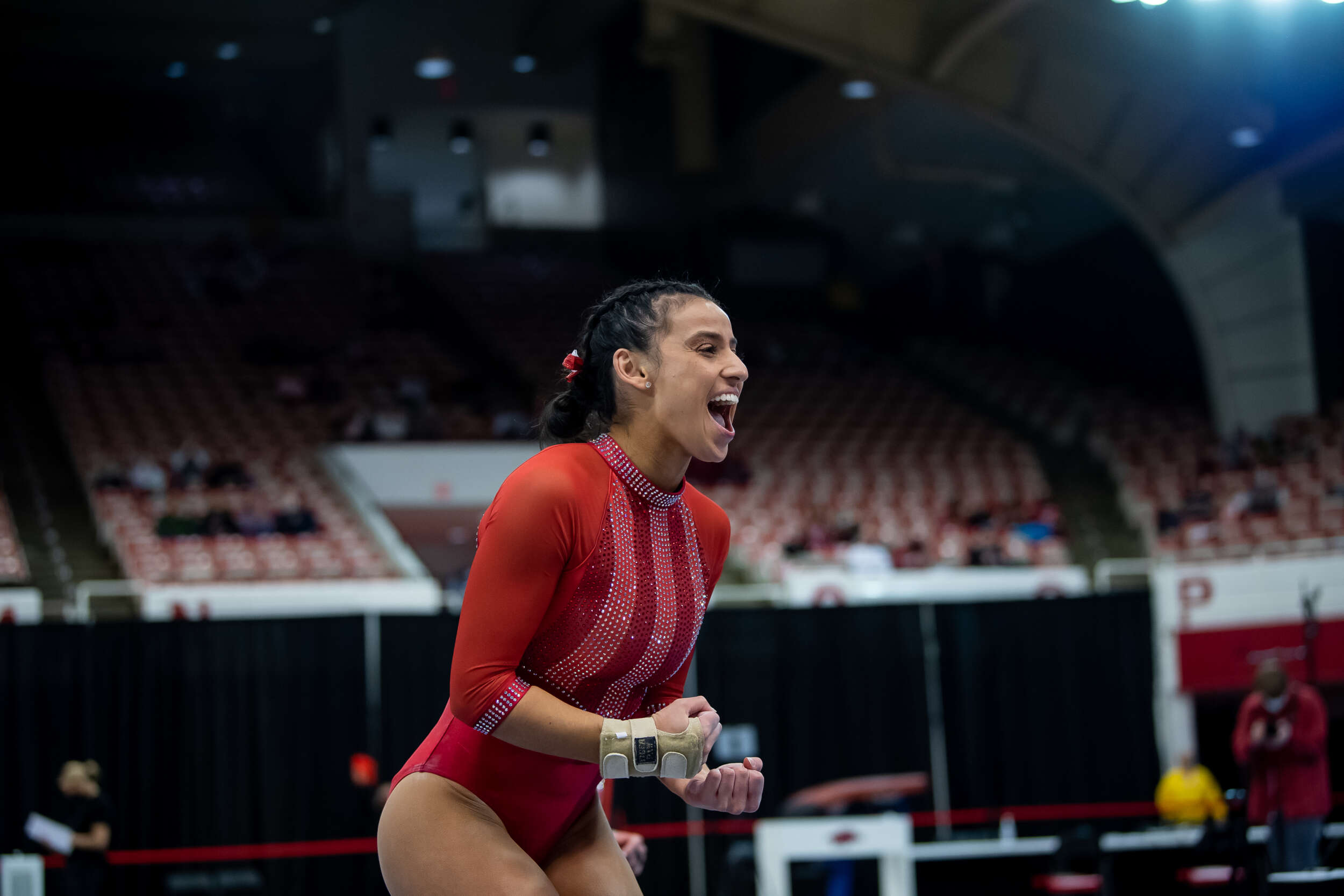 TUSCALOOSA, Ala. – In yet another record-breaking performance, the University of Arkansas gymnastics team secured its spot in the final round of the NCAA Tuscaloosa Regional with a final score of 197.250, the highest ever by Arkansas at NCAA Regionals in program history.

The Gymbacks began the afternoon on bars and scored a solid 49.375, tied for the second-best bars score at regionals in Arkansas history and the best by the Razorbacks since 2017. In the anchor spot, graduate Maggie O’Hara cemented her name in the Arkansas history books with a 9.925, certifiably sticking her double-layout dismount. With her performance, O’Hara became just the second Gymback to score a 9.925 on bars at regionals since Melissa Leigh at the 2004 Tuscon Regional.

On beam, Arkansas continued to shine with all five countable scores landing above the 9.800 mark. Amanda Elswick and O’Hara went back-to-back with 9.875s for Arkansas, leading the way for Kennedy Hambrick’s 9.925 in the anchor spot. Hambrick lit up the arena with her back-handspring layout series and cartwheel gainer-full dismount, finishing second among all gymnasts on beam.

Hambrick led the Gymbacks to a beam score of 49.325 and midway through the meet, Arkansas sat in second place with a score of 98.700, tying Arkansas’ best two-rotation score of the season from the Auburn meet on March 5.

Arkansas made the most of its third rotation on floor. Senior Sophia Carter stepped up in the number three spot and nailed her switch half-split full and double-pike last pass to score a 9.925 from the judges. Carter’s 9.925 helped her capture first place on floor on day one, matching Alabama’s Luisa Blanco and Iowa’s Jerquavia Henderson. With Carter’s performance and 9.875s from both Hambrick and junior leadoff Abby Johnston, the Gymbacks took a .150 lead over second-place Alabama and Iowa with a cumulative score of 148.000.

The Gymbacks wrapped up the afternoon was an impressive 49.250 on vault, Arkansas’ third-best event score of the season and second-best on the road. For the third time this year, junior Amanda Elswick led the team on vault, scoring a 9.900 with her stuck Yurchenko full.

Arkansas finished the session second overall, behind host-team Alabama who finished with a team score of 197.525. In third place was Iowa (197.050) and in fourth, Iowa State (196.525). The Gymbacks will return to Coleman Coliseum for the final session of the Tuscaloosa Regional, tomorrow at 7 p.m. Arkansas will face Alabama and the top two performances from the second session today, which includes Oklahoma, Mizzou and Maryland.