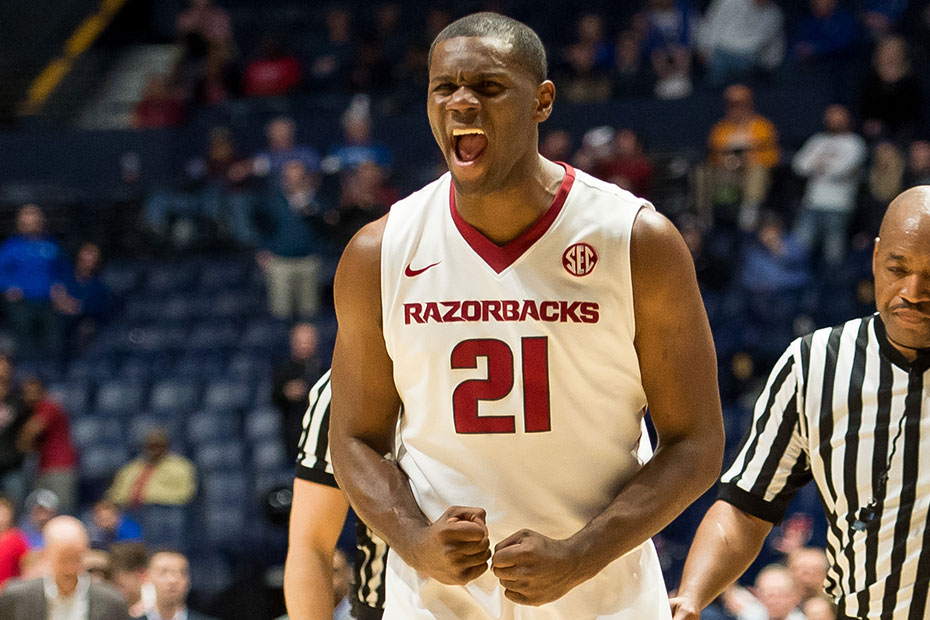 NASHVILLE, Tenn. – The No. 3 seed Arkansas men’s basketball team will make its second SEC Tournament semifinal appearance in the last three years on Saturday afternoon, facing No. 7 seed Vanderbilt at 2:30 p.m. on ESPN.

The #Fastest40 Facts
• Arkansas is 6-6 all-time in SEC Tournament semifinal games, winning each of its last three appearances and five of the last six.

• Arkansas is looking to make its seventh SEC title game, including the second in the last three years.

• In the final minute of games this season, Daryl Macon is 27-of-30 (.900) from the charity stripe, including the game-clinching free throws in the quarterfinals with 23 seconds left.

• Arkansas has 24 wins for the second time in the last 19 years, with both times coming in the last three seasons.

• After being picked to finish fifth in the SEC by the media, Arkansas finished higher than it was selected for the fourth straight season.

• The Razorbacks have scored 80-plus points in five of their last eight wins, and are 15-0 this season when scoring at least 80 points.