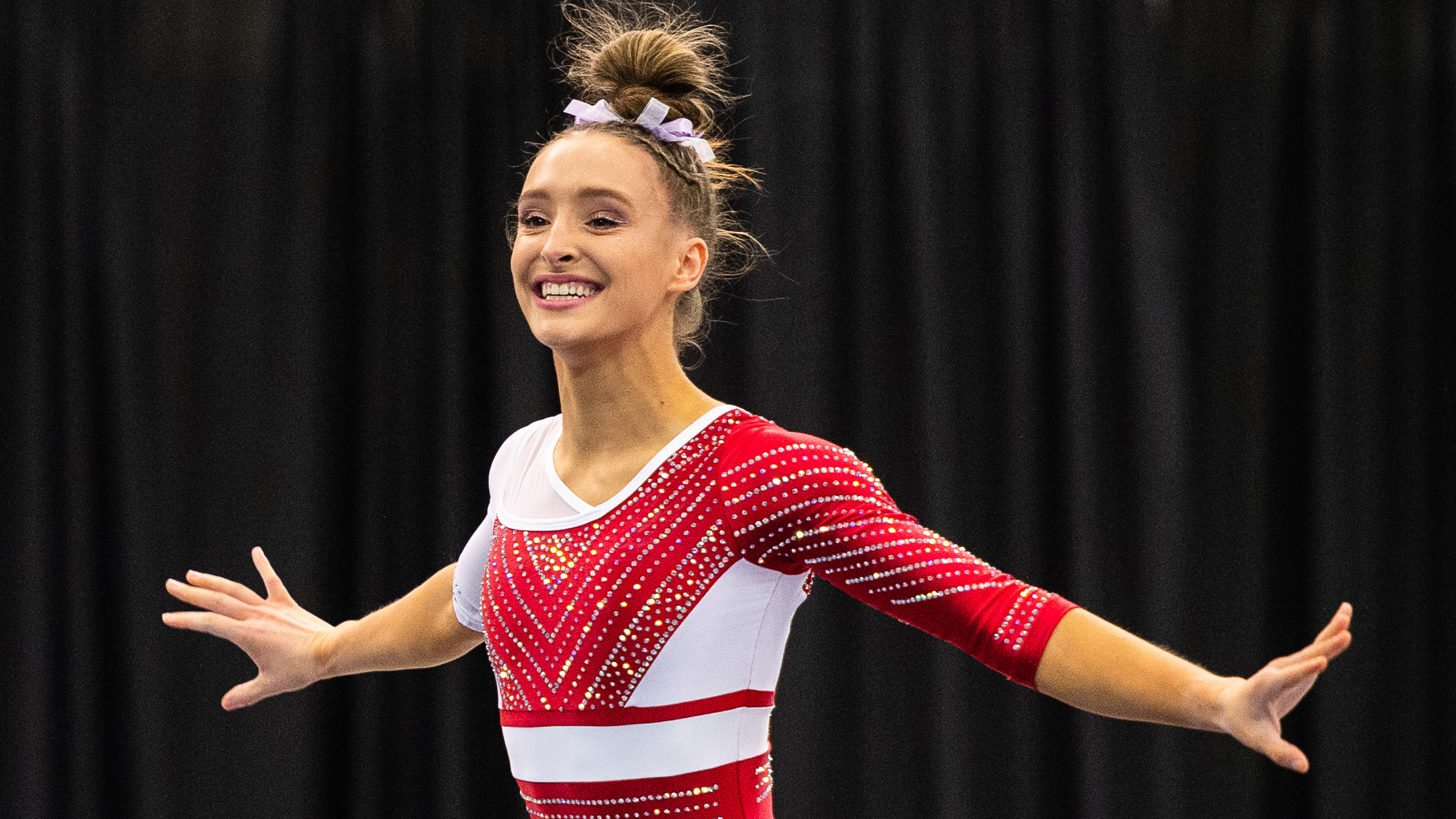 Kennedy Hambrick was impressive again, finishing with a 39.700 all-around score for her fourth all-around title. The junior also added her fourth vault title (9.950) with the performance.

Arkansas opened the meet with a season-best 49.425 on the bars, good enough for the sixth-best total in program history and highest ever on the road. The Gymbacks’ lineup was highlighted by season-highs from Hambrick and freshman Jensen Scalzo, who both scored 9.925s on bars. Scalzo has improved her routine in each meet this season, complete with a blind-change jaeger and double-back dismount.

On the vault, Hambrick’s Yurchenko 1.5 caught the eye of every fan in Auburn Arena. Her stuck landing added to a solid lineup of vault scores that resulted in a 49.275 team score. Mid-way through the meet, Arkansas held a 98.700-98.575 lead over the Tigers. The 98.700 is the highest two-rotation score for the Gymbacks this season.

Arkansas lit up the floor in the third rotation with all five countable routines scoring 9.800 or better en route to a 49.450 event score. Now in the number three spot, senior Sophia Carter scored a season-high 9.950 after she beautifully executed a switch-half split full and double-pick last pass. Redshirt-sophomore Bailey Lovett scored a 9.950 to equal her season high, sticking her double-layout and tour jete-split full perfectly. Moved to the anchor spot, Hambrick’s huge double-tuck first pass scored a 9.925 to close out the floor party on a high note.

Lovett showed off her backflip catch-mount on beam and registered a career-high 9.950 in the number two spot. The Gymbacks went out with a bang as Hambrick signed off on the historical night with a stuck cartwheel-gainer dismount and 9.900 from the judges.

Arkansas now begins preparations for the SEC Championship in Huntsville, Ala. on March 20 on SEC Network.