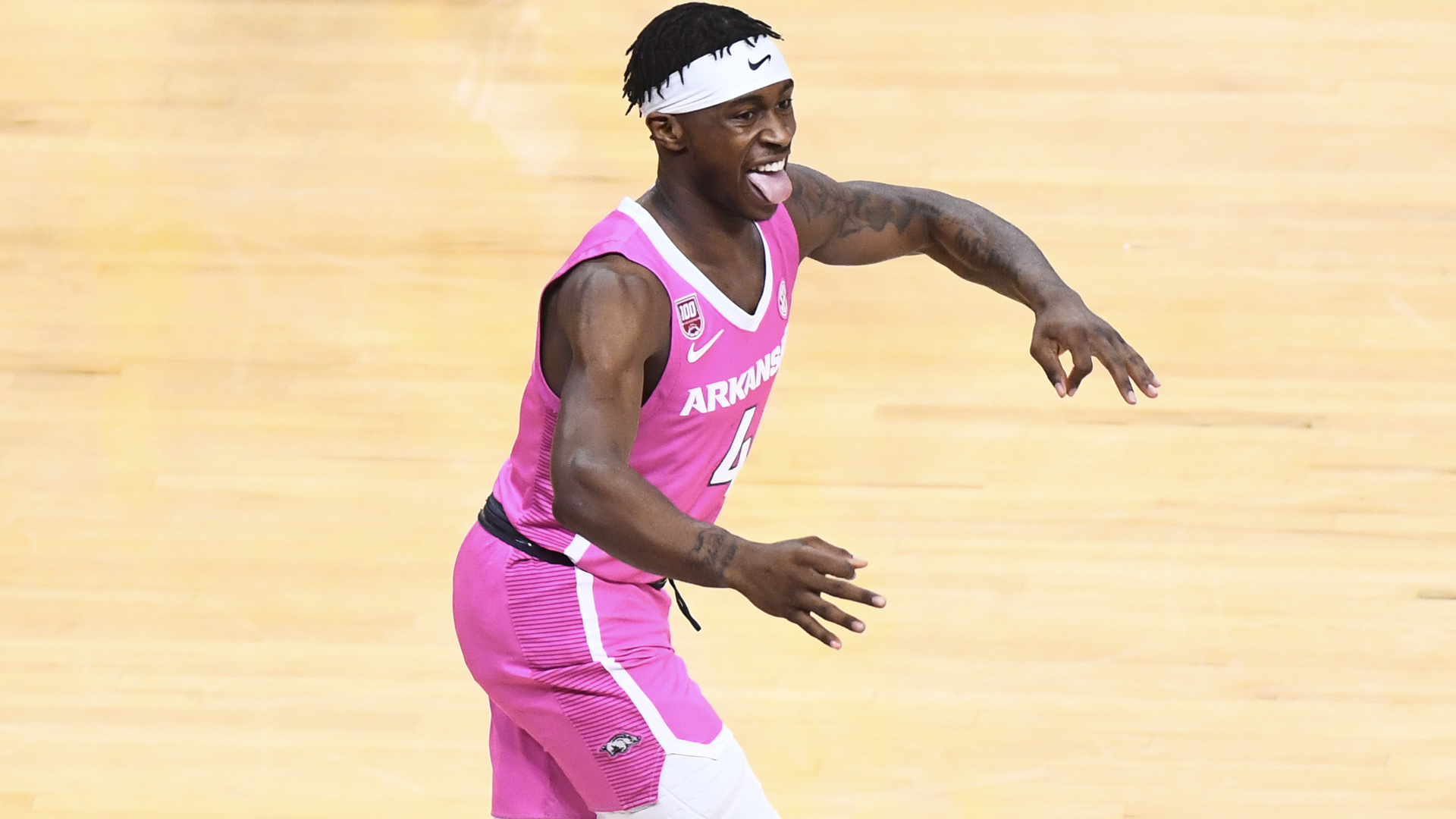 FAYETTEVILLE – Arkansas had its best defensive performance of the year – and one of its best overall – in a 60-40 victory over LSU Tuesday night at Bud Walton Arena.

The following is a breakdown of the defensive dominance:

The solid Razorback defense helped Arkansas outscore LSU 18-4 on points off turnovers and 15-7 on fastbreak points.

Adam Miller and KJ Williams led LSU with nine points, but the pair was just 5-of-22 from the field.

Arkansas will step out of league play to face #17 Baylor in the SEC-Big 12 Challenge on Saturday (Jan. 28). The game will be played in Waco, Texas. Tipoff is set for 3 pm (CT) and the game will be televised by ESPN.