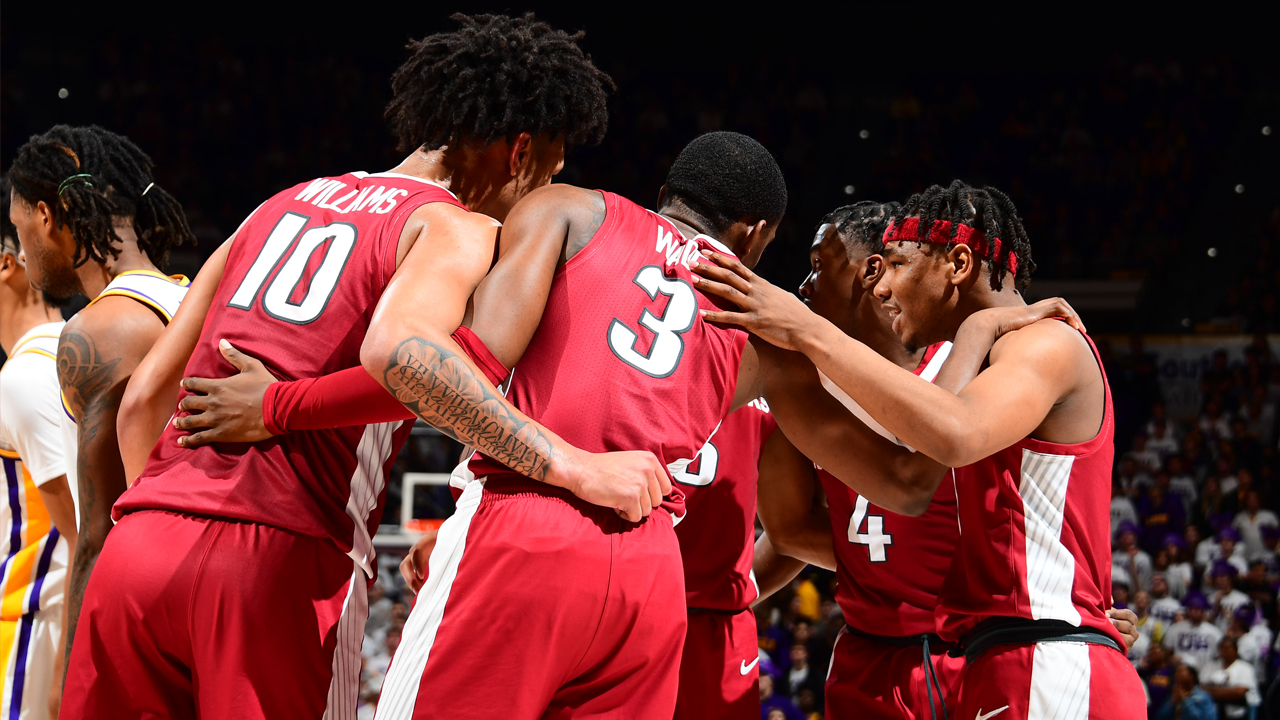 BATON ROUGE, La. – Jaylin Williams recorded his third straight double-double and made two key plays down the stretch to lead Arkansas to a 65-58 win over #12 LSU Saturday afternoon at the Maravich Assembly Center.

The Razorbacks were also led by JD Notae, who had a game-high 19 points with four assists and was +18, the only Razorback in double digits.

LSU took its largest lead, 56-48, with a fastbreak dunk with 9:01 left. Arkansas called a timeout and responded with a 10-0 run to lead by two (58-56) at the 3:31 mark. Davonte Davis and Notae each drained 3-pointers in the run with Notae’s triple capping the spurt.

LSU tied the game on another dunk from Fudge with 2:16 remaining. Undaunted, Williams sank his fourth 3-pointer of the season (and 11th of his career). On the ensuing possession, Williams took his fourth charge of the game. Then, still Up three with 22 seconds left, Notae missed the front end of a 1-and-1. Stanley Umude was there for the offensive rebound and putback for a five-point cushion. Au’Diese Toney, who finished with 12 pints, then sealed the win with two free throws with 11 ticks on the clock.

Davis, who had his tooth knocked out when he was fouled in the first half on a fastbreak dunk attempt, tied a career-high with eight rebounds. Umude added six rebounds.

Up next, Arkansas will play back-to-back home games, starting Tuesday (Jan. 18) versus South Carolina. Game time is set for 6 pm on the SEC Network.