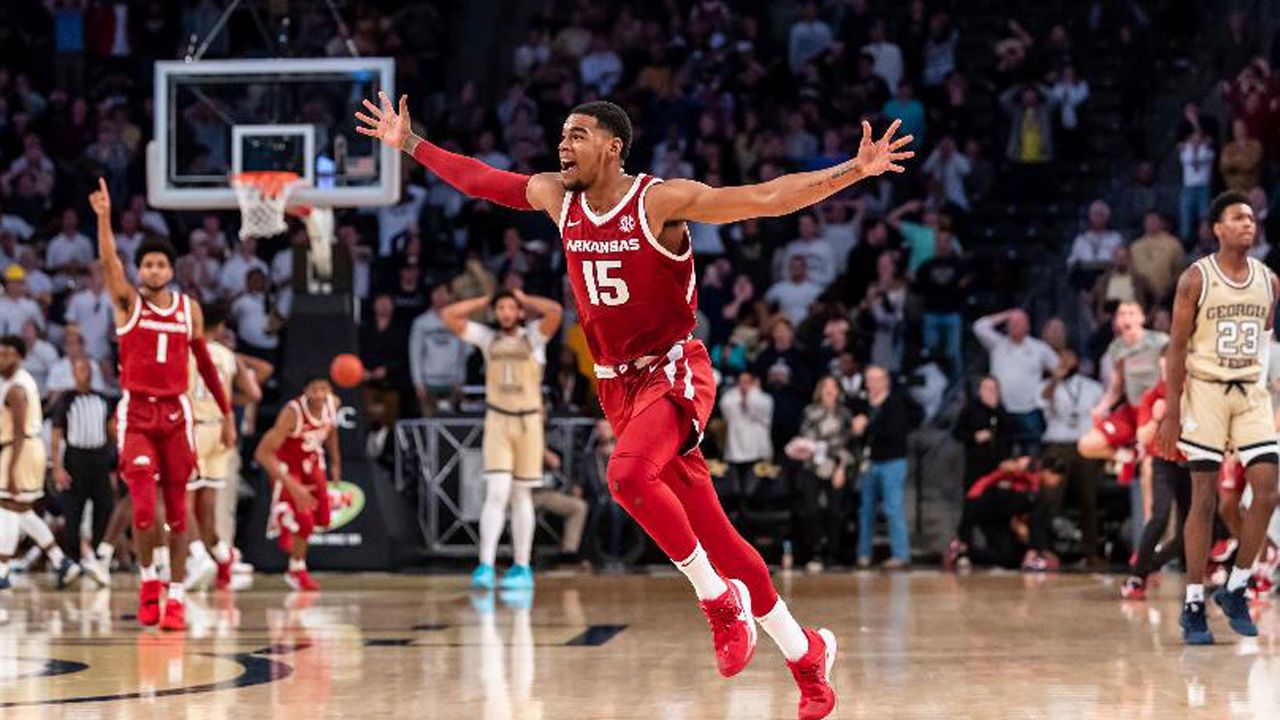 Bank Is Open for Jones in OT Win at Georgia Tech

ATLANTA – Mason Jones banked in a step-back 3-pointer from about 25 feet with 0.1 seconds left on the clock in overtime to lift Arkansas to a 62-61 victory at Georgia Tech Monday night.

Jones scored 24 on the night while adding six rebounds, four steals and three assists. Isaiah Joe just missed his first career double-double as he had 13 points and a career-high nine rebounds with five steals, one shy of his career high.

Arkansas took a one-point lead, 8-7, at the 16:12 mark of the first half and did not surrender it until Tech’s James Banks made a jumper with 21 seconds left in overtime, putting the Yellow Jackets up 61-59. Tech’s defense was tough on the perimeter after Banks’ jumper. After crossing half court, Jones passed the ball to Joe who made a few dribbles to his right and threw the ball back to Jones. Jones made a couple of hard dribbles to his right, stopped, stepped back to allow the defender to clear him and launched the ball off the backboard for the win.

The game-winner was Jones’ third game-winner in the closing seconds of his career. (Last year, he made a free throw with two seconds left to secure a 73-72 win over Indiana and later he made a jumper in the lane for a 90-89 win at #19 LSU.)

Arkansas returns home to play Northern Kentucky in the final game of the Collegiate Hoops Roadshow on Saturday (Nov. 30). Tipoff is set for 4 pm.