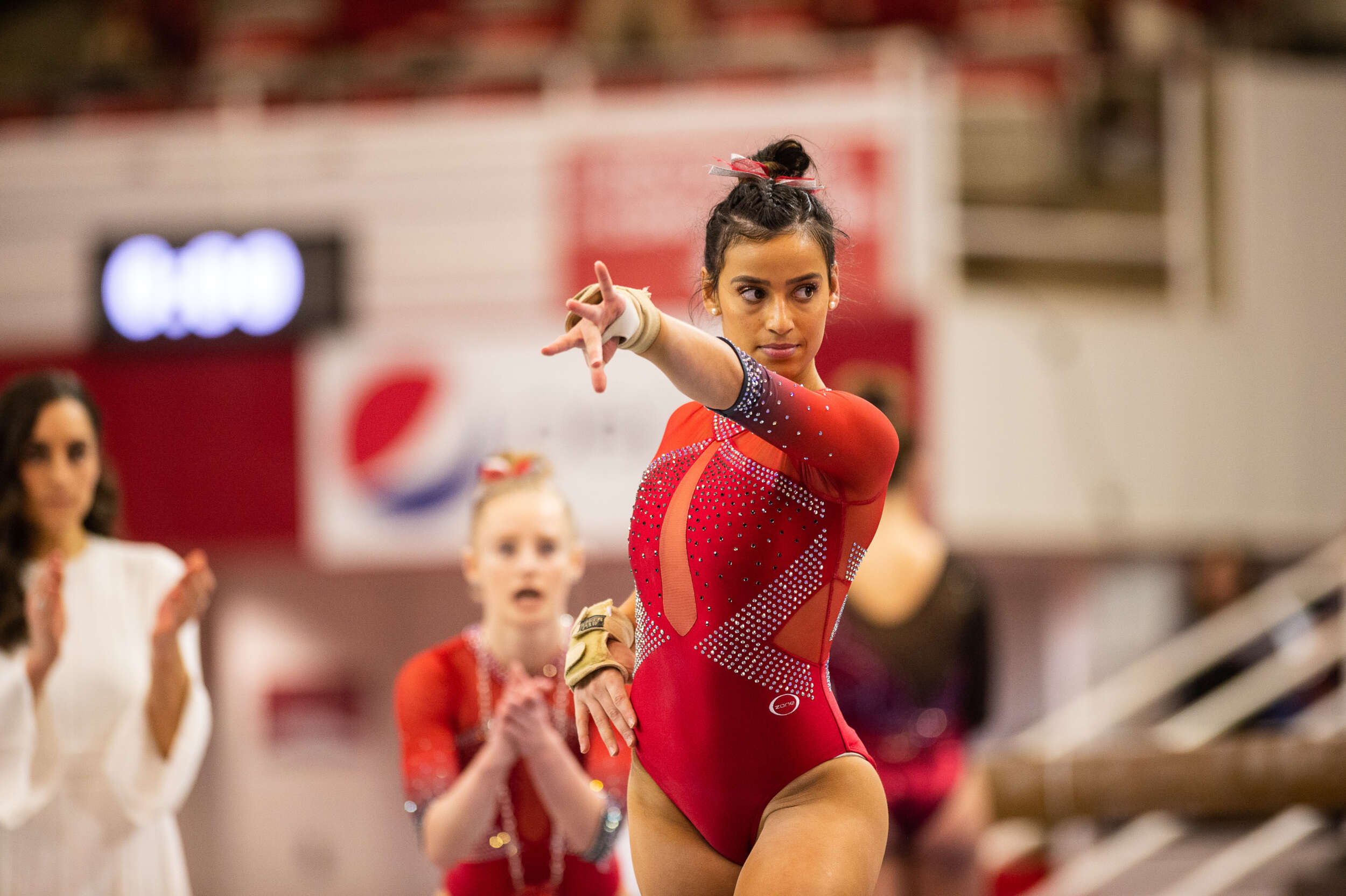 FAYETTEVILLE, Ark. – Junior Sophia Carter won her 23rd career title on Friday evening, tying her career-high score on the floor with a 9.950 in the event. Carter’s performance helped Arkansas finish strong against No. 5 LSU but ultimately fell to the Tigers in Baton Rouge, 197.125 – 195.725.

Three performances highlighted the Gymbacks’ first rotation, starting with a 9.850 from senior Hailey Garner, who executed her giant full-Geinger, immediate overshoot beautifully. Sophomore Kennedy Hambrick’s jaeger to immediate overshoot earned her a 9.825 on the bars, followed by Sarah Shaffer’s double-layout dismount that anchored Arkansas with a team-high 9.875.

Arkansas picked up the pace in the third rotation, finishing with a 49.200 as a team. It marks the 19th meet-in-a-row that the Gymbacks scored 49.000 or higher in the event. redshirt-freshman Bailey Lovett’s famous double-layout first pass scored her a 9.900, making it six out of nine times this season she scored a 9.900 or higher. Carter anchored the Razorbacks with her fiery routine, complete with double-back roundoff and double-pike last pass that earned her the event title. The floor title is the 13th of her career and fourth this season.

The Razorbacks posted their second-highest beam score of the season in the final rotation, a 49.250. Lovett and Hambrick tied their career highs with a 9.900 and 9.925 respectively. Lovett shined with her front aerial, back layout and Hambrick nailed her back-handspring layout, switch leap series.

Up Next | Arkansas is on the road again, next Friday (March 6) as they travel to Denton, Texas for a quad meet hosted by Texas Women’s University. The Gymbacks will see LSU once again at in Denton and joined by Centenary as well.