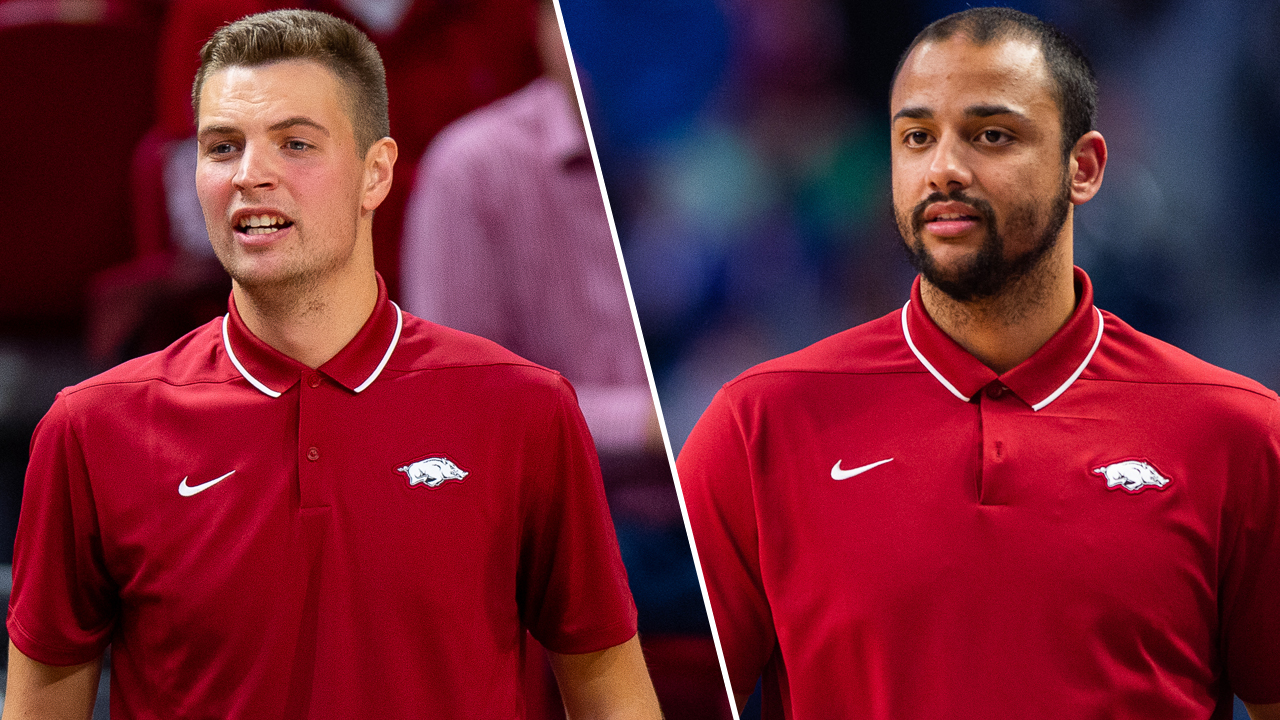 FAYETTEVILLE – Caleb Cline and Raheem Martin have been elevated to full-time positions on the men’s basketball staff, head coach Eric Musselman has announced.

Both Cline and Martin helped the Razorbacks to NCAA Elite 8 appearances the last two seasons serving as graduate assistants. Cline has been promoted to assistant director of operations and Martin was promoted to coordinator of student-athlete development.

“Caleb and Raheem quickly established themselves as graduate assistants,” Musselman said. “Our staff, but more importantly our players, have the ultimate confidence and trust in them. They have been leaders in their previous roles and our players have benefitted from their knowledge. The program is fortunate to keep them in the family.”