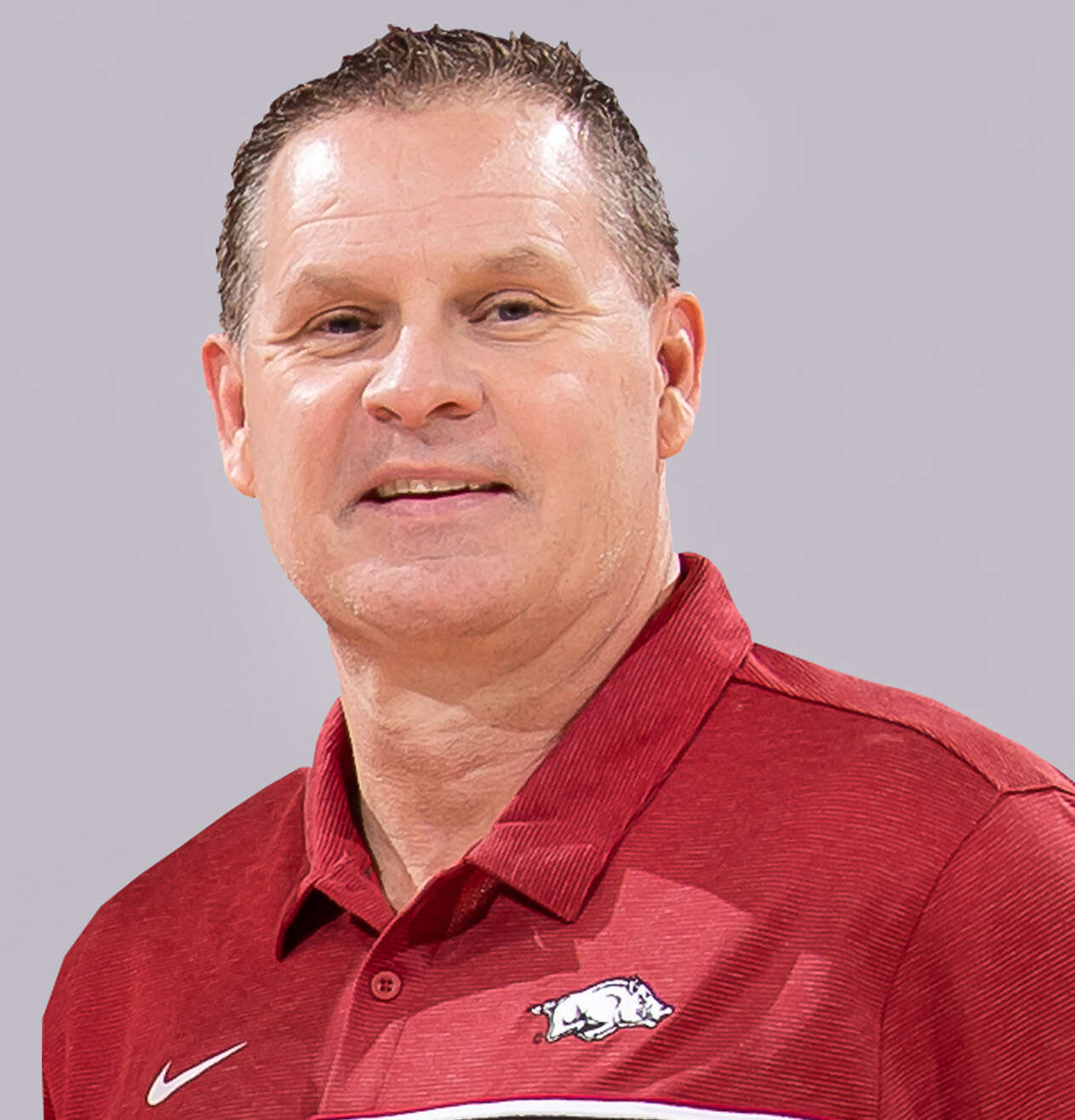 Clay Moser, who has three decades of experience in professional basketball, is in his third year as an assistant coach with the Razorbacks for the 2021-22 season.

During several of his stops in the NBA and D-League, Moser and Musselman have been on the same staffs.

Moser’s second year at Arkansas saw the Razorbacks reach a national level of success the program had not experienced since the mid-1990’s. Arkansas earned a #3 seed to the NCAA Tournament, advanced to the Elite 8 and finished ranked among the top 10 in the final polls marking the first to attain any of the three milestones since 1995. Overall, Arkansas went 25-7 – marking the 13th time in 98 years of basketball the program won at least 25 games – and was 13-4 in the SEC to finish second.

The Razorbacks ranked third in the NCAA in free throws made and 11th in scoring offense while leading the SEC in scoring margin. Also, the Hogs showed perhaps the nation’s best improvement in rebounding, going from 342nd (of 350 teams) to 57th in rebound margin, from 332nd to 18th in rebounds per game, 325th to 44th in offensive rebounds and 288th to 33rd in defensive rebounds.

In his first season with the Razorbacks, Moser’s experience and analytical expertise helped Arkansas lead the NCAA in 3-point field goal percentage defense in year one while the Razorbacks led the SEC in turnover margin, steals, turnovers forced and fewest turnovers committed. Also, Mason Jones was named AP SEC Player of the Year and AP honorable mention while leading the SEC in scoring (8th in the NCAA). Isaiah Joe ranked fourth in the NCAA in 3-pointers made per game. Moser also proved his worth on the recruiting trail too as the Razorbacks landed the #5 recruiting class in the nation for 2020.

Moser came to Arkansas after spending seven-and-a-half years with the Los Angeles Lakers. First, he was hired as a head advance NBA scout and ended his tenure as assistant coach/director of basketball strategy. While there, his last position was created for him and worked directly with the coaching and analytics staffs to integrate ideas and information between the departments.

Moser’s affiliation with the Lakers began as associate head coach under Musselman with the D-Fenders, the NBA Developmental League franchise in Los Angeles.

He formerly served on USA Basketball’s Board of Directors and has been an advance scout for the Cleveland Cavaliers (2009-10), Orlando Magic (2007-08), Sacramento Kings (2006-07) and Golden State Warriors (2002-03). His other NBA experience includes time as vice president of business development for the New Orleans/Oklahoma City Hornets (2005-06), as an assistant coach for the San Antonio Spurs 2005 Summer League Team and as a business consultant for the NBA (2005).

In 2010-11, Moser assisted on Musselman’s staff as associate head coach with the Reno Bighorns, helping lead the team to a Western Conference-best 34-16 record. Prior to his time with the Bighorns, Moser was tabbed by the Houston Rockets to be head coach of their D-League affiliate in Rio Grande Valley, going 21-29 with the Vipers during the 2008-09 campaign. In addition to his Reno and Rio Grande Valley D-League experience, Moser has also worked for CBA teams that later would join the D-League; serving as an assistant coach, vice president and general manager with the Sioux Falls Skyforce (1989-94) and as CEO and general manager of the Idaho Stampede (1997-2001).

Moser, a 1987 graduate from Wisconsin-La Crosse, began his coaching career as an assistant at North Carolina State (1987-89).