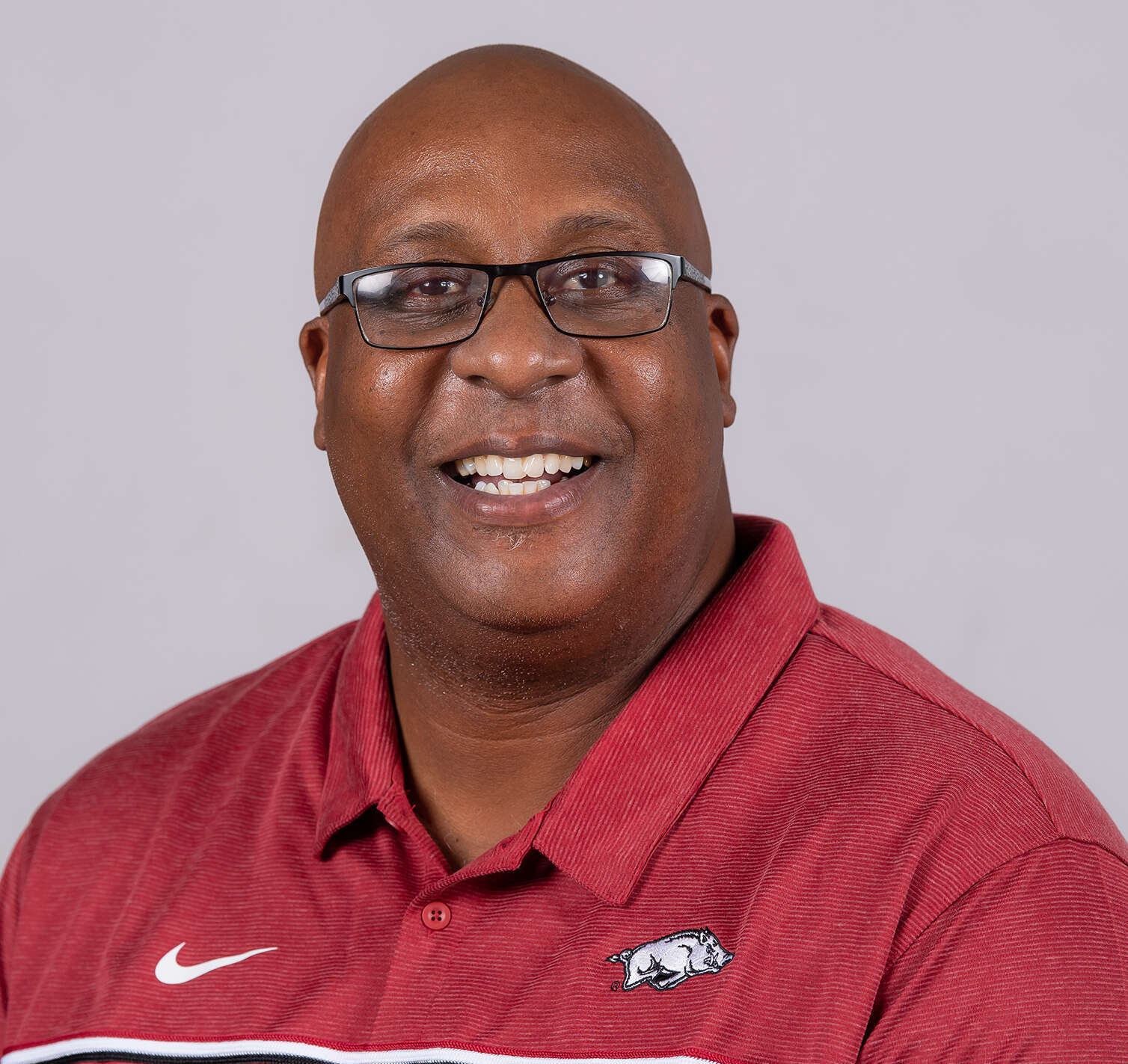 Corey Williams, former head coach at Stetson and member of the 1993 NBA Champion Chicago Bulls, is in his second season as an assistant coach at Arkansas. Williams has learned from some of the finest minds in the game, including Phil Jackson, Eddie Sutton, Bill Self and Leonard Hamilton during his career as a player and assistant coach.

In his first season at Arkansas, the Razorbacks went 20-12 and featured All-America Mason Jones along with Isaiah Joe, one of the nation’s top 3-point shooters. Jones was the first Razorback to lead the SEC in scoring (22.03; 8th int he NCAA) and Joe was seventh in the SEC in scoring while leading the league in 3-pointers made (94) and ranking fourth in the NCAA in 3-pointers made per game (3.62). Williams also helped Arkansas land the fifth-best recruiting class in the nation for 2020.

Under William’s guidance, Derick Newton earned All-Atlantic Sun honors in 2017 and Brian Pegg was voted as the 2017 ASUN Scholar-Athlete of the Year for men’s basketball. The previous year, Stetson reached the ASUN Tournament Championship, marking the program’s first tournament finals appearance since 1994.

In 2014-15, Pegg led the ASUN in rebounding and Newton rewrote Stetson’s freshman record book on his way to earning Freshman All-America and ASUN Freshman of the Year honors. In Williams’ second year at Stetson, Myles and Grant Lozoya earned spots on the ASUN’s All-Freshmen team, while Rivera set the program’s record for assists by a freshman with 120. He and Myles also became the first teammates, regardless of class, to each record 100 assists in the same season.

Prior to taking the reins at Stetson, Williams spent six seasons (2007-13) as an assistant at Florida State. His career with the Seminoles coincided with the team’s resurgence on the national scene. Through Williams’ recruiting efforts, the Seminoles developed into one of the best programs in the ACC. During his time in Tallahassee, Florida State won its first ACC Championship (2012), enjoyed a run of four straight NCAA Tournament appearances – including a Sweet 16 appearance in 2011, four consecutive years of double-digit wins in ACC play, produced five NBA Draft picks, recorded 16 wins over nationally ranked teams and appeared in the national rankings in four straight seasons.

Before joining the Florida State staff, Williams was an assistant coach for seven seasons (2000-07) at Oral Roberts where he aided the Golden Eagles in achieving an average of 18 wins per season, including 20 or more wins in each of his last three seasons in Tulsa. ORU captured the Mid-Continent Conference regular season and tournament titles in 2006 and 2007, advancing to play in the NCAA Tournament each season.

A native of Macon, Ga., Williams played point guard at Oklahoma State (1988-92) and had a lengthy career as a professional player before starting his coaching career.

Williams finished his time at Oklahoma State ranked eighth on the school’s career scoring charts with 1,320 points. He led the Cowboys to consecutive NCAA Tournament Sweet 16 appearances under Coach Eddie Sutton in 1991 and 1992. The Cowboys were ranked 14th in the final Associated Press poll of the 1991 season and 10th in the final coaches’ poll following the 1992 season.

Williams was a second-round draft pick of the Chicago Bulls and, despite having not played football since junior high, the Kansas City Chiefs selected Williams in the 12th round of the 1992 NFL Draft. He was the only OSU Cowboy drafted by the NFL that year.

As a rookie in the NBA, Williams was a member of the Michael Jordan-led Bulls as the franchise captured its third straight NBA title. Following his one season in Chicago, Williams played parts of the next season with the Minnesota Timberwolves, while also playing for the Oklahoma City Cavalry of the CBA. He returned to Oklahoma State as a student assistant in 1994, serving as a member of the Cowboys’ staff during their 1994 Final Four campaign. Williams then played professionally in Taiwan, from 1995-98.

Williams earned his bachelor’s degree in education from Oklahoma State in 2002. He and his wife, Nicole, have two children: Jourdan and Corey Jr. (C.J.).