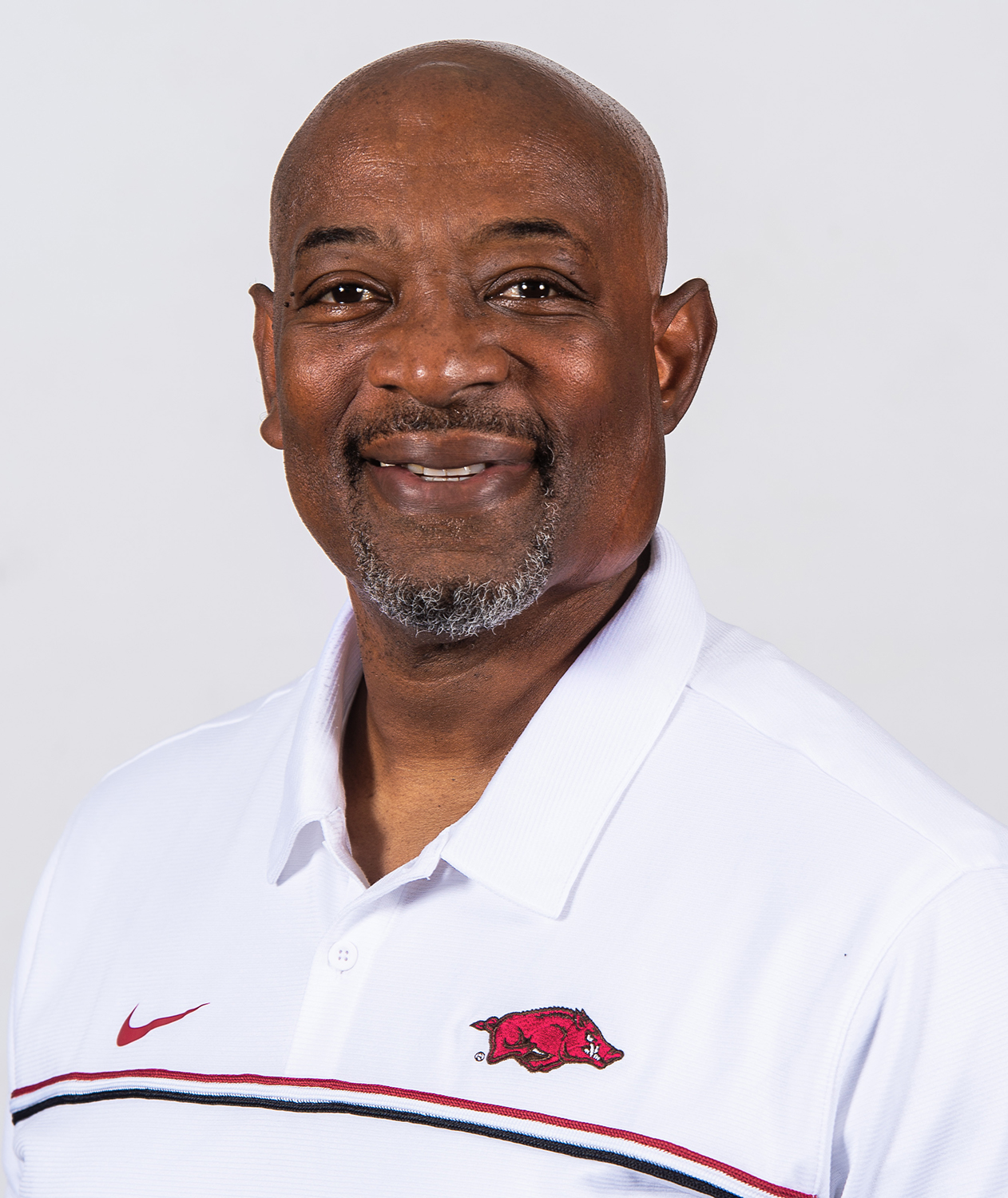 
Keith Smart, an NBA head coach for three franchises and known for making one of the most iconic shots in NCAA Championship history, was named men’s basketball assistant coach at Arkansas on May 12, 2021.

Smart has a long history with Razorback head coach Eric Musselman both as a player with the Rapid City Thrillers and Florida Beachdogs and as an assistant coach on Musselman’s staff with the Golden State Warriors. Overall, Smart spent nine years playing professional basketball and 22 years coaching in professional basketball, including head coach of the Cleveland Cavaliers, Golden State and Sacramento Kings as well as assistant positions with the New York Knicks, Memphis Grizzlies, Miami Heat, Kings, Warriors and Cavaliers. He got his start in the coaching business as head coach of the Fort Wayne Fury of the CBA in 1997.

In his first year coaching in the collegiate ranks, Smart helped Arkansas reach the NCAA Elite and win 28 games. The Razorbacks’ were 18-4 to close the season. Game two during that second-half surge was a road win at #12 LSU. Smart, who grew up in Baton Rouge, was acting head coach for the upset versus the Tigers as Eric Musselman was home after having rotator cuff surgery. Arkansas made history by becoming the first team to defeat the AP #1 team during the regular season (Auburn) and during the NCAA Tournament (Gonzaga in the Sweet 16). Arkansas added wins over ranked Tennessee and Kentucky teams as well. His knack for player development helped JD Notae earn All-America honors while Jaylin Williams, who was recognized as one of the nation’s top defensive players, was named joined Notae on the All-SEC teams. Also, Smart showed he had what it took on the recruiting trails as Arkansas’ 2022 class was the consensus #2 group in the nation.

Smart burst onto the national scene after making the game-winning shot for Indiana in the 1987 NCAA Championship versus Syracuse. Overall, he played two seasons with the Hoosiers (1986-88), was drafted in the second round by the Golden State Warriors in 1988 and played with the San Antonio Spurs (1988).

After his time with the Spurs, Smart played nine seasons of professional basketball in the CBA and internationally. It was after his final stop – the Fort Wayne Fury – Smart made the transition from player one year to head coach the next with the Fury. In his first year (1997-98), Fort Wayne was 31-25 and won the CBA’s East Division. The Fury were 28-28 in year two and 26-30 in year three. A CBA-high, 21 players from Fort Wayne signed NBA contracts during Smart’s three seasons a head coach.

From Fort Wayne, Smart began his NBA coaching career with the Cleveland Cavaliers for the 2000-01 season. After two-plus years as an assistant with the Cavs, Smart was named Cleveland’s interim head coach for the final 40 games of the 2002-03 campaign. At the time, Smart was the second-youngest head coach in the NBA, trailing only Musselman.

Smart then joined Musselman as an assistant coach with the Golden State Warriors for the 2003-04 season. After one season with Musselman, Smart stayed on as an assistant with the Warriors for two seasons under Mike Montgomery and an additional four seasons under Don Nelson. Prior to the 2010-11 season, Nelson stepped down and Smart was named head coach, leading the Warriors to 36 wins – a 10-game improvement over the previous season.

After his time with the Warriors, Smart was brought on by the Sacramento Kings as an assistant coach for the 2011-12 season. Seven games into that year, the Kings made a coaching change and Smart was named head coach, posting a 20-39 record. He stayed on as head coach the following season (2012-13).

In 2014, Smart was hired as an assistant coach with the Miami Heat by Eric Spoelstra. In year two with the Heat, Miami won the Southeast Division and reached the Eastern Conference semifinals. From there, Smart spent two seasons (2016-18) as an assistant coach under David Fizdale with the Memphis Grizzlies. He then went to serve on Fizdale’s staff with the New York Knicks for the 2018-19 season.

Smart, who was the 1987 NCAA Final Four Most Outstanding Player, scored 765 points in two seasons at Indiana and is a member of the Indiana Athletics Hall of Fame (Class of 2017). Prior to Indiana, he played two seasons at Garden City (Kan.) CC where he earned Jayhawk Conference Player of the Year honors.

In 2022, Smart was inducted into the Garden City Community College and Indiana Sports Halls of Fame.

He received his Bachelor of General Studies from Indiana in 1995. He and his wife Carol have two sons, Andre and Jared. Jared is currently a senior at Hawai’i and earned All-Mountain West honorable mention honors in 2020 as a wide receiver.