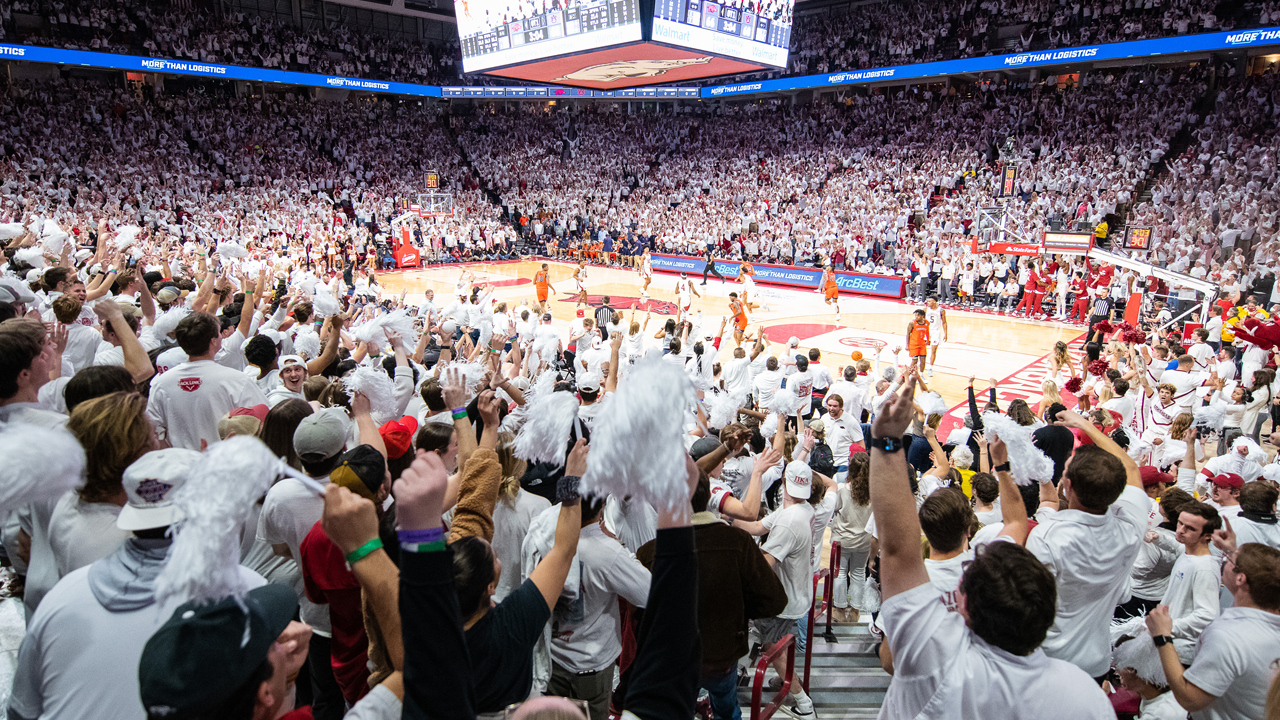 After back-to-to-back historic seasons for both programs, there is even more excitement on the horizon for Arkansas men’s and women’s basketball this coming year.

Season ticket holders can renew online now by logging on to their ticket account or contacting the Arkansas Razorback Ticket Center by email raztk@uark.edu or phone at 800-982-4647 (HOGS).

The deadline to renew for both programs is Thursday, June 30.

Fourth-year head coach Eric Musselman has led the Razorbacks to the program’s best two-year stretch since the mid-1990s. Arkansas advanced to a second consecutive NCAA Elite 8 in 2022, had a #8 ranking in the final USA TODAY coaches poll and posted 28 wins last season. Also, Arkansas led in the NCAA in total attendance for the second straight season and the Razorbacks went 17-1 in a sold-out Bud Walton Arena.

The 2022-23 season has already begun for the Razorbacks as the team is on campus taking classes and going through workouts. Media outlets across the nation are predicting that Arkansas could be just as, if not more, successful in 2022-23 thanks to bringing in the nation’s #2 recruiting class and arguably the top transfer signees in the nation.

On the women’s side, head coach Mike Neighbors is entering year six on The Hill after posting the program’s first back-to-back NCAA Tournament berths since 2002-03.

The 2022-23 Razorbacks, also on campus and at work in preparation for the upcoming season, return four of its top six scorers including the likes of Samara Spencer (SEC Freshman of the Year), Jersey Wolfenbarger (SEC All-Freshman team) and three-year starter Makayla Daniels.