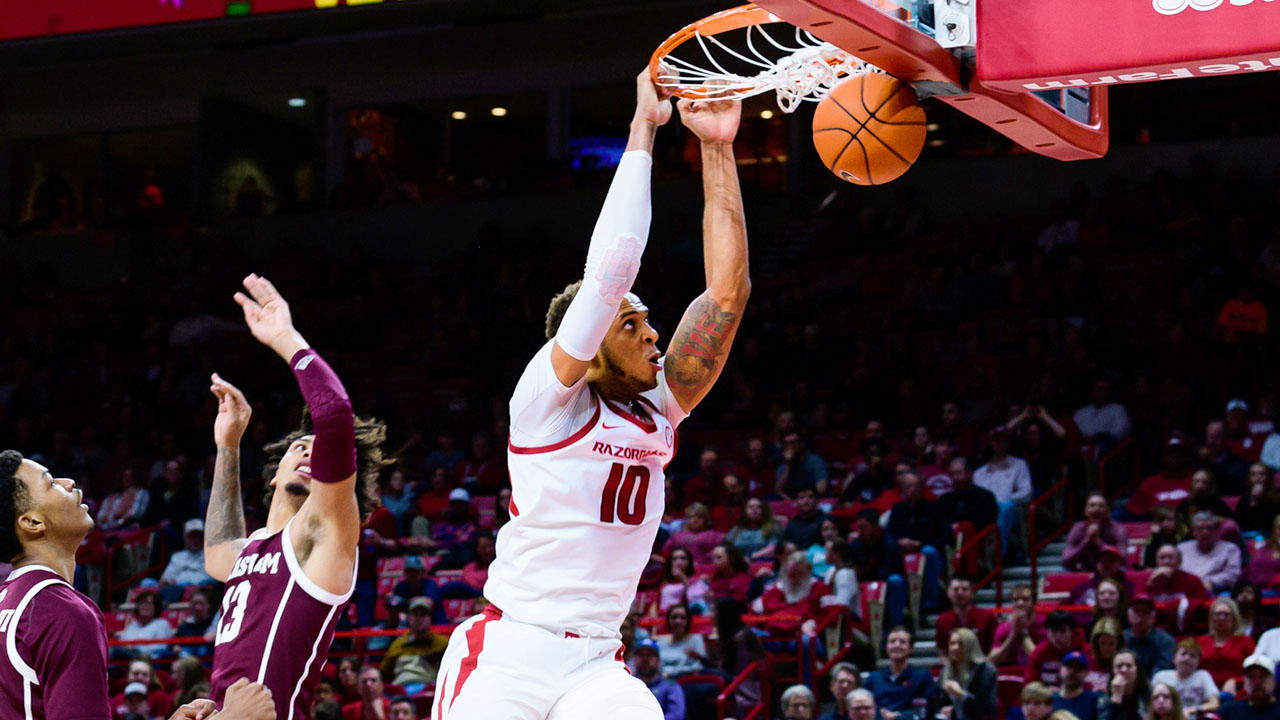 FAYETTEVILLE – Arkansas head men’s basketball coach Mike Anderson announced Monday that sophomore Daniel Gafford will forego his remaining eligibility and declare for the 2019 NBA Draft. Gafford will not participate with the Razorbacks in the upcoming National Invitation Tournament.

“I can’t thank Coach Anderson and the Razorback coaching staff enough for two great years in my development both as a player and person,” Gafford said. “It has been a fun ride, but the time has come for me to move on to the next stage of my career and declare for the NBA Draft. Growing up in this state, I dreamed about playing at the University of Arkansas. It has been an honor to wear that jersey and represent this state. Thank you to everyone at the University of Arkansas, thank you to Razorback nation and, most importantly, thank you to all my teammates that have pushed me, supported me and helped make me the player I am today.”

Gafford (El Dorado) was a consensus first team All-SEC pick this season as well as being named to the SEC All-Defensive Team. In addition, he is a top 10 finalist for the Kareem Abdul-Jabbar Award. Gafford is the only player in the SEC to rank among the top five in both scoring (4th, 16.9) and rebounding (2nd, 8.7) as well as being the only player to rank among the top five scoring, rebounding, field goal percentage (1st, .650), blocked shots (3rd, 2.0), offensive rebounds (2nd, 2.8) and defensive rebounds (3rd, 5.8).

Gafford ends his Razorback career with 955 points (14.3 ppg), averaging 7.4 rebounds and blocking 141 shots while shooting 63.5 percent from the field.

The NBA Draft is set for June 20 in New York City. In the history of the NBA Draft, 37 Razorbacks have been selected, including 12 in the first round with the last coming in 2015 when Bobby Portis was taken 22nd overall by the Chicago Bulls.