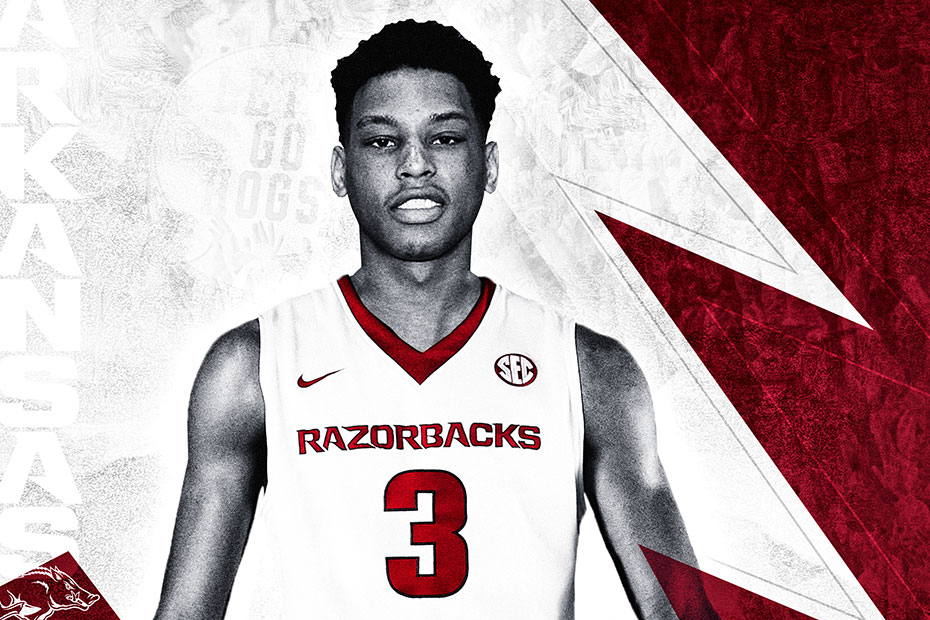 Garland is ranked as the No. 2 player in the state of Arkansas, the No. 12 guard in the 2017 class and No. 55 overall by ESPN. He is rated a four-star player by ESPN and 247Sports.com, while Rivals.com, Scout.com and Future150.com all rate him as a three-star prospect.

An All-State and All-Tournament selection at Little Rock’s Parkview High School, Garland averaged 18 points and 8.0 rebounds during his junior season and was named the 2016 State Tournament MVP after leading the Patriots to the 2016 Arkansas 6A State Championship behind a 20-point performance in the title game.

He averaged 11.8 points, 3.6 rebounds, 2.0 assists and 1.2 steals per game as part of Team Penny, which participated on the Nike EYBL circuit and in the Nike Peach Jam.

Garland is joined by fellow Arkansas natives Daniel Gafford of El Dorado and Darious Hall of Little Rock as the three early signees for the 2017-18 season.

What Coach Anderson Is Saying
“Khalil is a combo guard that can bring another dimension to what we like to do.” Anderson said. “He is long, athletic and has the ability to attack the defense and distribute the ball. He has established himself as one of the elite players in the country. Khalil has incredible basketball IQ, knows how to score and makes everyone around him better with his passing ability. He plays with a big time motor and comes from a winning culture that captured the State Championship last season. Khalil comes from a terrific family and we are ecstatic to add another Arkansas native to this dynamic recruiting class.”