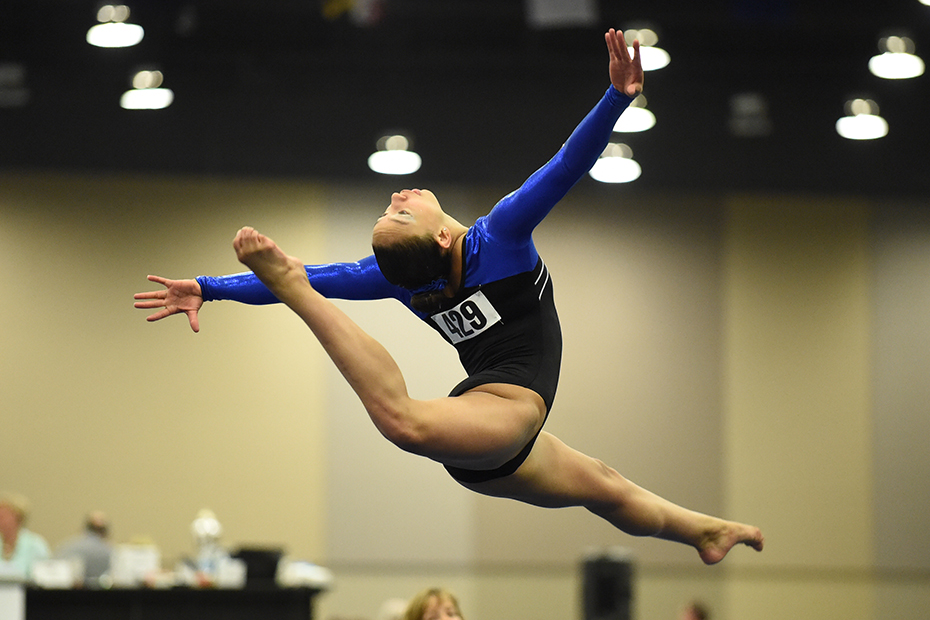 FAYETTEVILLE, Ark. — Arkansas gymnastics head coach Mark Cook announced his fourth signee of the 2017 class on Thursday, as Michaela Burton has signed a National Letter of Intent (NLI) to join the Razorbacks next season. Burton comes from Legacy Elite Gymnastics, where she has competed at Level 10 since the beginning of 2012.

A Downers Grove, Illinois, native, Burton currently attends South High School. Her parents are Mike and Kelly, and has a sister, Claire, who is a sophomore and plays basketball for the Mustangs. Burton will be the third Gymback in program history (Amanda Wellick and Sammy Kolbas) from the Windy City area and plans to major in either kinesiology or journalism at Arkansas.

“Michaela is a very powerful gymnast and does big gymnastics. She was slowed this past year with a shoulder injury. We are hopeful Michaela will return to top form and compliment a strong class by producing high scores on all four events.” — Head coach Mark Cook