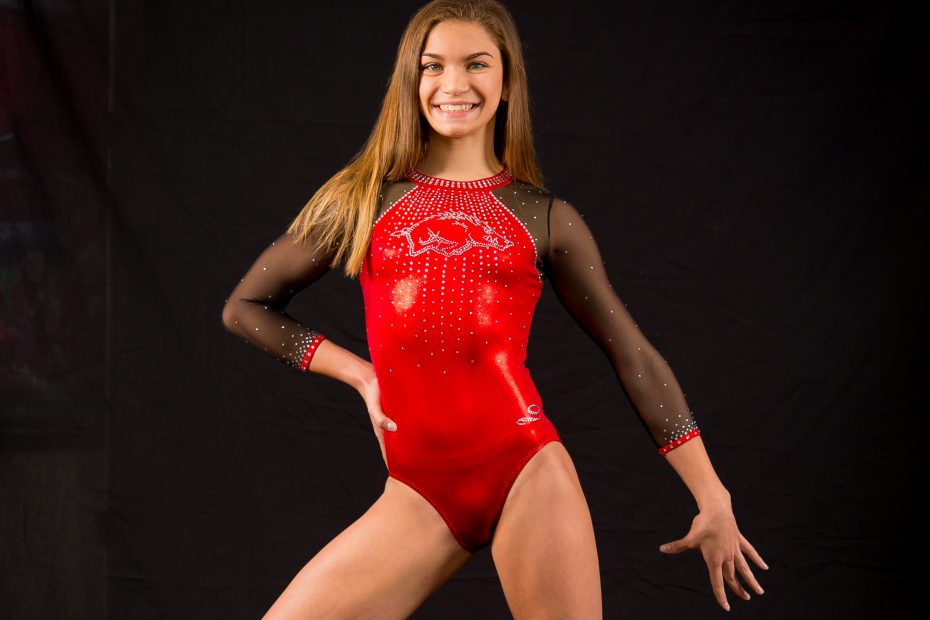 FAYETTEVILLE, Ark. — Arkansas gymnastics head coach Mark Cook announced his first signee of the 2017 class on Thursday, as Kailey Gillings has signed a National Letter of Intent (NLI) to join the Razorbacks next season.

Gillings comes to Arkansas from Stars Gymnastics in Houston, Texas, where she has competed at Level 10 since 2013. She concluded her 2014 season competing at the Elite level in the American Classic and the U.S. Classic.

Gillings is the daughter of David and Megan Gillings and attends Texas Connections Academy, a homeschooled program in Houston, Texas. She plans to major in accounting. A Beach City, Texas, native, Gillings will become the latest in a long line of Arkansas gymnasts from the Lone Star State. Current freshman Kirby Rathjen also competed for Stars Gymnastics.

“Kailey is a beautiful gymnast with fantastic lines.  Her Uneven Parallel Bars are phenomenal with a lot of difficulty.  Her Balance Beam is also packed with a lot of difficulty and exhibits great technique. She will train as one of our All-Around athletes and bring four strong events to our program.  We are very excited to finally cement her future here in ink.” — Head coach Mark Cook

“I chose Arkansas because the coaches and athletes on the team were so welcoming and I could see myself fitting in well and becoming a successful adult after going to Arkansas. I enjoyed the atmosphere of the campus and how much it felt like home.” — Kailey Gillings