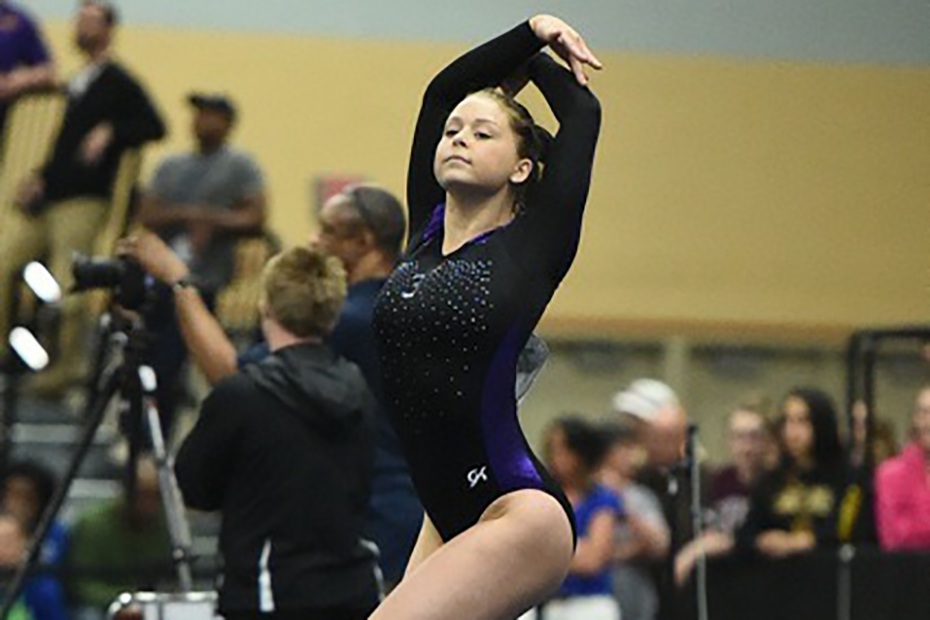 FAYETTEVILLE, Ark. — Arkansas gymnastics head coach Mark Cook announced his second signee of the 2017 class on Tuesday, as Kirby Rathjen has signed a National Letter of Intent (NLI) to join the Razorbacks next season. Rathjen comes from Stars Gymnastics in Houston, where she qualified for the Junior Olympic National Championships three times.

A Houston native, Rathjen currently attends Memorial High School. Her father, Craig, played football at LSU, while her mother, Donna, was a gymnast for the Tigers. She has two older brothers, both of whom played baseball at Rice University. Her eldest brother, Jeremy, plays in the Los Angeles Dodgers organization. Rathjen will be the 17th Gymback in program history from the Lone Star State and plans to major in psychology at Arkansas.

“Kirby is a wonderful young lady with great technique and form. She’s a very balanced athlete on all four events. I expect Kirby to come in and be one of the most consistent competitors on our team.” — Head coach Mark Cook

“I chose Arkansas because I fell in love with the gymnastics tradition, beautiful campus, coaching staff and the student-athlete program.” — Kirby Rathjen