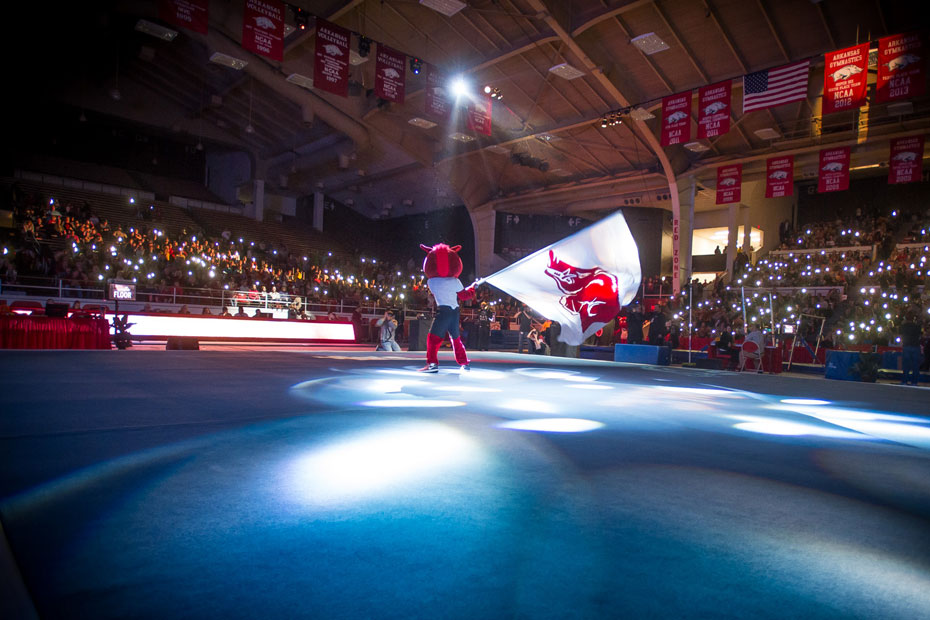 Griffeth joins the team as an assistant coach, while McCool Griffeth, a former Olympian, will serve as a volunteer coach for the Razorbacks.

“I’m extremely excited to announce our new assistant coach Garrett Griffeth,” Cook said. “He brings a very high level of professionalism and experience that will help us achieve our goals in all aspects of our program.

“In addition, he is joined by his wife Courtney McCool Griffeth who will serve as a volunteer coach.” Cook continued. “Courtney was a member of the 2004 USA Olympic team, and a former gymnast at the University of Georgia. She will oversee floor exercise, choreography and assist on the other events. Both Garrett and Courtney know the SEC well.

“The addition of Garrett and Courtney make our staff even stronger and I’m looking forward to working with them at Arkansas.”

Griffeth joins the Razorbacks after three seasons with Texas Woman’s University in Denton, Texas. In 2017, he helped the Pioneers to the title at the USA Gymnastics Collegiate National Championship and a runner-up finish at the Midwest Independent Conference (MIC) Championship. He coached seven gymnasts to 12 USAG All-America honors and mentored Schyler Jones as she advanced to the NCAA Regional Championship in Fayetteville last year. Griffeth earned MIC Assistant Coach of the Year for his efforts.

Prior to his time at TWU, Griffeth worked at the Cincinnati Gymnastics Academy, the University of Georgia and the National Football League’s Indianapolis Colts.

Griffeth earned his bachelor’s degree in exercise and sport science with a concentration in athletic training in 2010 and master’s degree in sports management in 2011 from Georgia.

McCool Griffeth, a former US Olympian, worked as an assistant coach at TWU for two seasons. McCool Griffeth also worked at the Cincinnati Gymnastics Academy, as well as at numerous camps and clinics primarily as a choreographer for floor and beam routines.

McCool Griffeth earned her bachelor of science degree in child and family development in 2011, and her master’s degree in sport management and policy in 2012 from the University of Georgia.