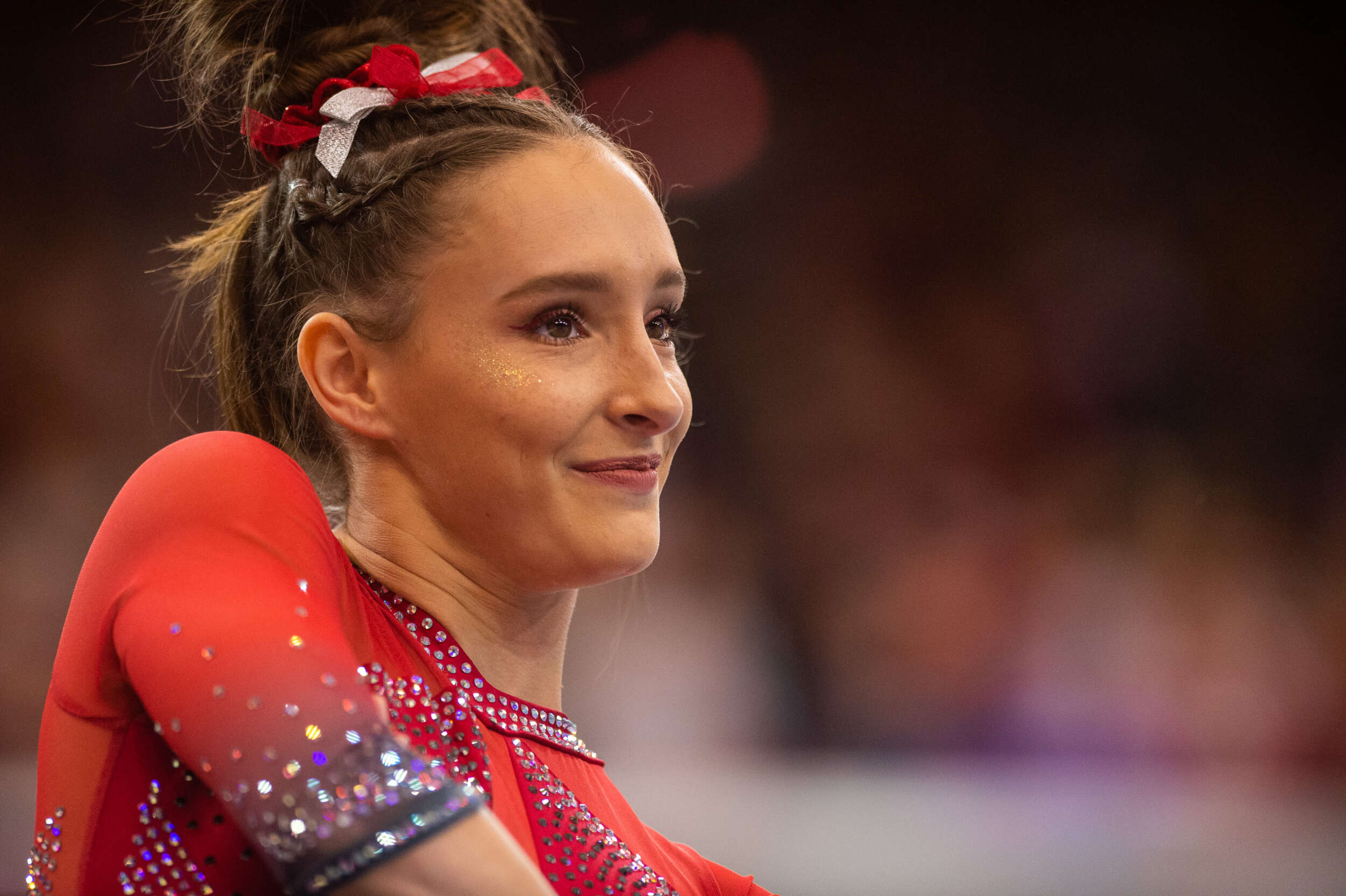 COLUMBIA, Mo. – Sophomore Kennedy Hambrick led the Arkansas gymnastics team to its first road SEC win since Feb. 2017. With an all-around score of 39.275, Hambrick scored team-highs on the bars, vault, and floor – tying her career-high 9.925 on the floor to help lead Arkansas to the victory.

Hambrick’s all-around score earned her the all-around title, her first of the 2020 season and second of her career. Freshman Kiara Gianfagna and senior Jessica Yamzon also competed all-around, finishing third and fourth among those competitors.

Rotation 1 | Bars
Hambrick scored a team-high 9.800 for Arkansas in the five slot, executing her jaegar to immediate overshoot beautifully. The Razorbacks finished the first rotation with a 48.850, trailing Missouri after their 49.175 performance on the vault.

Rotation 2 | Vault
A strong vault performance from Hambrick anchored the Razorbacks again as Arkansas closed out the second rotation with a team score of 48.800. A couple of Missouri miscues would give the Gymbacks the lead midway through the meet, 97.650-97.350.

Rotation 3 | Floor
Arkansas shined on the floor as usual and Hambrick continued her successful night as she flaunted her power and nailed her roundoff back-handspring double-pike last pass. Hambrick tied her career high with a 9.925 on the floor and Arkansas pushed their lead to 147.050 – 145.700 with a 49.400 in the event. Redshirt-freshman Bailey Lovett scored a 9.900, making it her third routine of 9.900 or better this season.

Rotation 4 | Beam
Junior Sophia Carter had a great night on the beam for the Gymbacks, setting a season-high with a score of 9.925 on the apparatus and taking home the beam title. Carter’s back handspring layout step-out wowed the judges and helped Arkansas to its 48.975 team score and 196.025 all-around. The beam title is the first for Carter in 2020, but the eighth of her career.