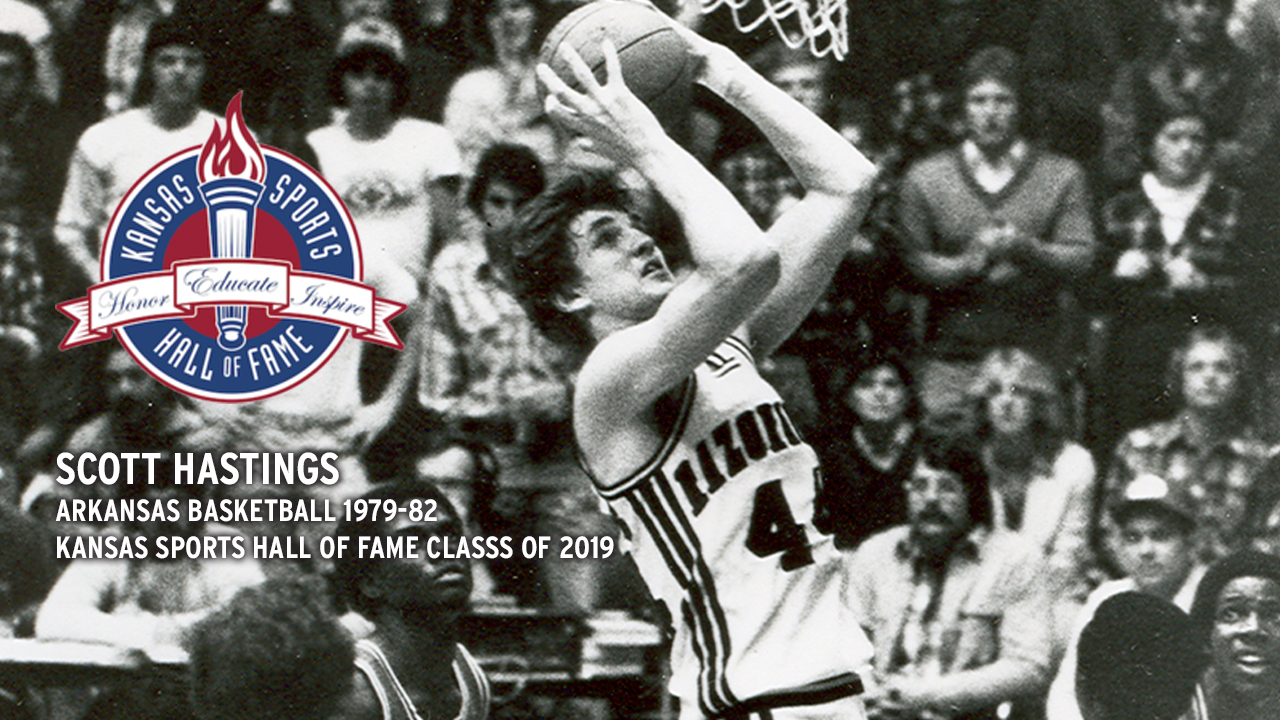 FAYETTEVILLE – The Kansas Sports Hall of Fame (KSHOF) announced former Arkansas Razorback Scott Hastings as part of the Class of 2019 who will be inducted on October 6 at the Kansas Star Casino.

Hastings was an All-State basketball selection while leading Independence High School to a state championship in 1978. He was additionally tabbed the Topeka Capital-Journal High School Player of the Year in 1978.

He was a four-year letterman at the University of Arkansas, playing for KSHOF member Eddie Sutton. Hastings finished Arkansas career second in school history in scoring with 1,779 points (currently fourth) and third in rebounds with 680 (currently eighth). He was an All-American selection in 1981 and 1982 as well as a three-time All-Southwest Conference selection.

Hastings was selected by the New York Knicks in the second round of the 1982 NBA Draft and he played 11 NBA seasons. He was a member of the Detroit Pistons’ 1990 NBA Championship team.

Hastings is a member of the University of Arkansas Hall of Honor in 2005 and the state of Arkansas Sports Hall of Fame in 2005.