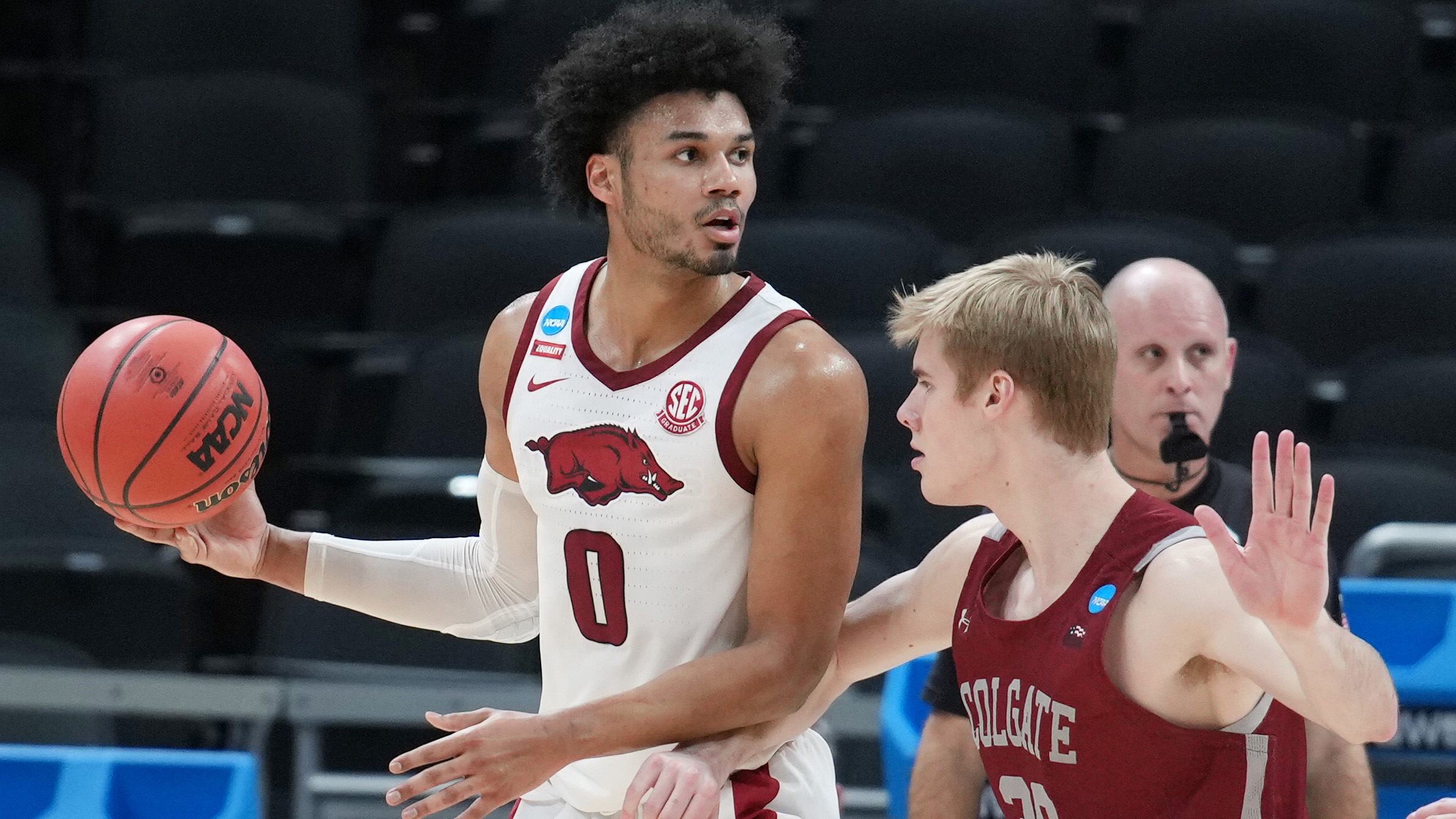 Hogs advance, knock off Colgate in opening round

INDIANAPOLIS, Ind. – Arkansas used a 17-0 run to end the first half and a key 10-0 run in the second half to win the Razorbacks’ first NCAA Tournament game since 2017 with an 85-68 victory over Colgate on Friday afternoon in the first round and Bankers Life Fieldhouse.

Justin Smith was incredible, leading the Hogs with a career-high 27 points – going a career-best 11-of-13 at the free throw line – and 12 rebounds for his fifth double-double of the year and fourth in the last 11 games. He tied his career-high with five steals and added two blocked shots to become just the second player to record 27-plus points, 12-plus rebounds, 5-plus steals and 2-plus blocks in an NCAA Tournament game, joining Kansas great Danny Manning in the 1988 championship game versus Oklahoma. (Manning had 31 points, 18 rebounds, 5 steals and 2 rebounds.)

The Razorbacks forced 22 Colgate turnovers, the most for the Raiders since 2016, and allowed just seven second-choice while outscoring Colgate by 14 points in the second half.

Arkansas faces Texas Tech in the second round on Sunday (Mar. 21). Tipoff is set for 6:10 pm (ET)/5:10 pm (CT) at Butler’s Hinkle Fieldhouse and the game will be televised on TNT.