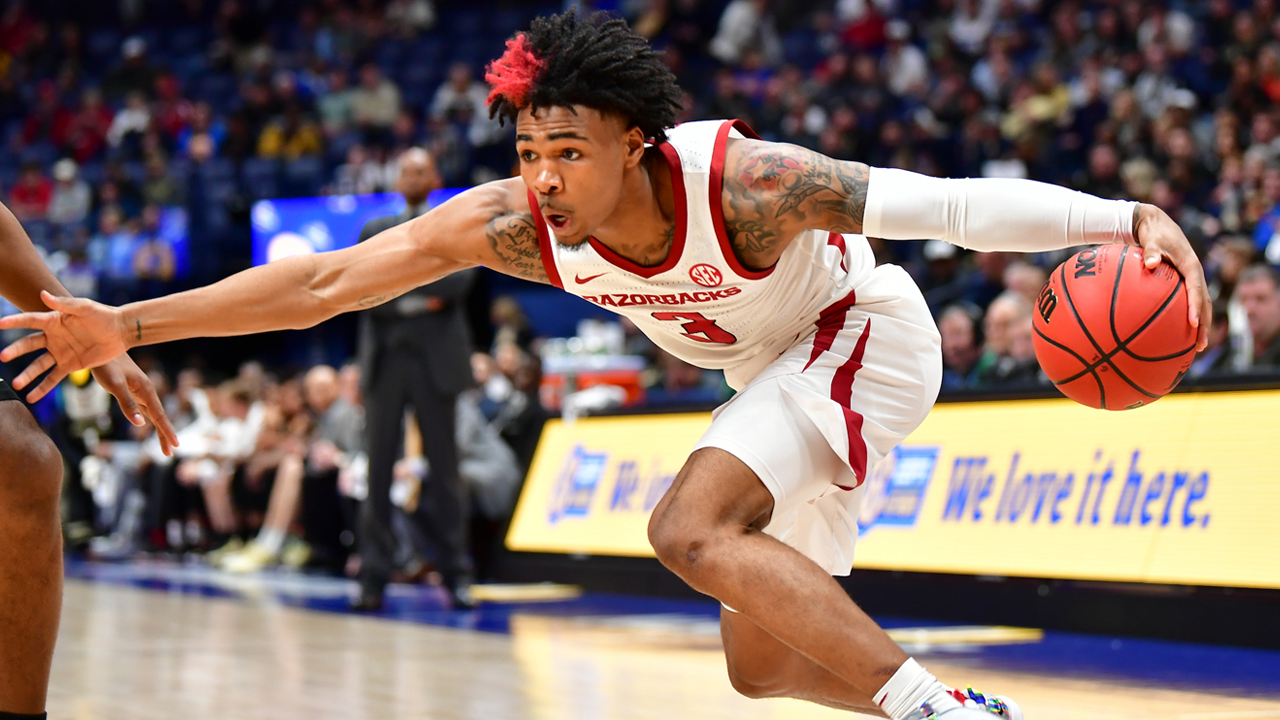 NASHVILLE, Tenn. – Desi Sills, Mason Jones and Isaiah Joe combined for 60 points as the Hogs took care of business to defeat Vanderbilt, 86-73, on Wednesday night in the first round of the SEC Tournament at Bridgestone Arena.

The Razorbacks (20-12) will face #6 seed South Carolina in the second round on Thursday (Mar. 12). Tipoff will be at approximately 8:30 (or 25 minutes following the conclusion of the 6 pm game).

Vanderbilt scored the first points of the game, a 3-pointer, but Arkansas scored the next 10 and never looked back.

Arkansas turned a 12-point lead at the break into a 20-point advantage five minutes into the second half. The Hogs also led by 20 with 13:39 left, but Vanderbilt cut its deficit to 11 (58-48) with 8:41 to play. However, Sills answered with a 3-pointer. The Commodores hung around and were only down 10 (73-63) before Isaiah Joe drained a 3-pointer. Arkansas made 10-of-12 at the free throw line inside the final minute and a half to secure the win.

Jones became the first Razorback to have at least 22 points, six rebounds and six assists in an SEC Tournament game. He added three steals as well.

Sills was 6-of-8 from the field (5-of-6 from 3-point range) to record his third career 20-point game. Joe contributed 18 points, making four treys, and pulled down five rebounds. Jimmy Whitt Jr., scored 12 points and had a team-high seven rebounds.

Jalen Harris had five assists, his 21st game as a Razorback with at least five helpers, as Arkansas finished with 17 assists, the team’s most since having 19 versus Vandy on Jan 15. Ethan Henderson and Reggie Chaney each had three blocked shots.

Saben Lee led all scorers with 20 points while Dylan Disu finished with a double-double (13 points and 10 rebounds).