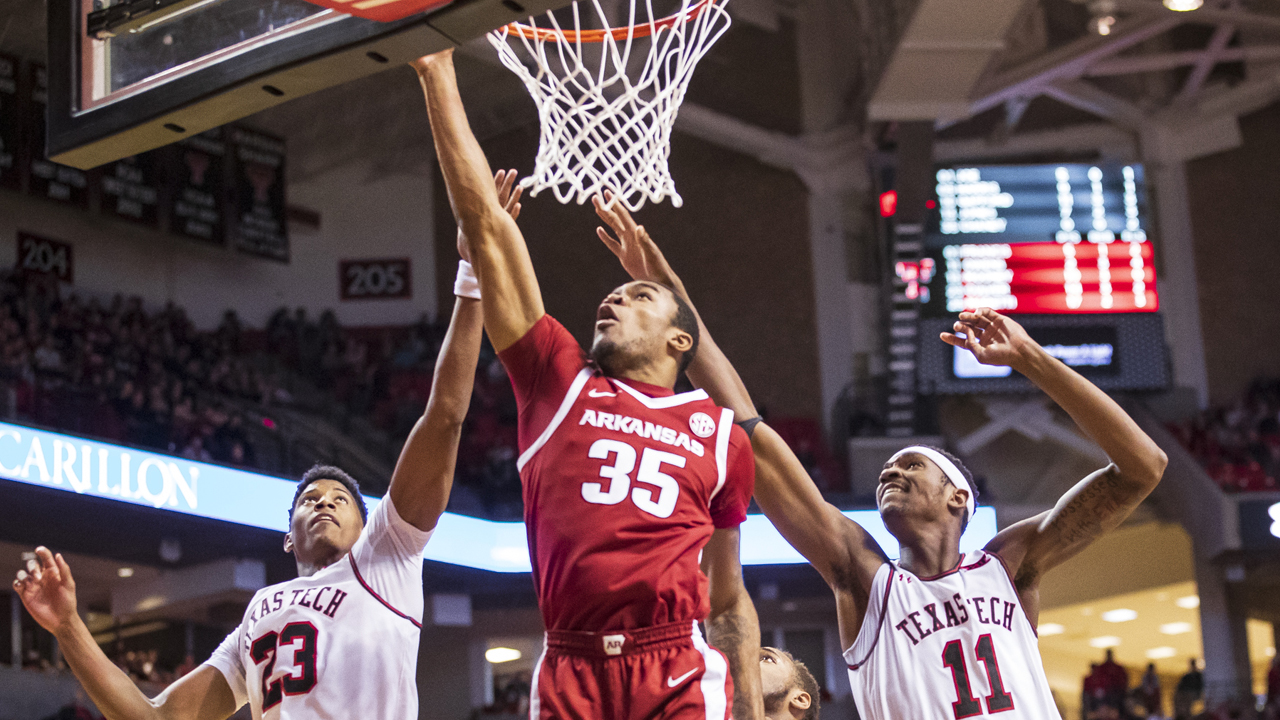 LUBBOCK, Texas — Arkansas cut a 12-point deficit to two with 1:01 left and trailed by three with 32 seconds left but could not complete the comeback, falling 67-64 at #13 Texas Tech as part of the Big 12/SEC Challenge.

After Texas Tech opened its largest lead, 12 points with 7:41 left, Arkansas did not allow the Raiders to make another field goal the rest of the game. However, Tech made 7-of-8 free throws down the stretch, including two with five seconds to play, to pull out the win.

Arkansas used a 10-0 run, including four points from Reggie Chaney, four from Mason Jones and two from Daniel Gafford to get back in the game. Then, down five with two minutes to play, Gafford made a layup and, after a Tech turnover, Keyshawn Embery-Simpson went 1-of-2 at the free throw line to make it a two-point game with 1:01 left.

After an Arkansas foul, Tech’s Jarrett Culver went 1-of-2 at the line, making it a three-point game with 32 seconds left. Arkansas committed a turnover on the ensuing possession and Davide Moretti sank a pair of free throws with five seconds left to give the Raiders a five-point cushion. Jalen Harris made a layup at the buzzer to provide the 67-64 final score. (Harris also made a buzzer-beater to end the first half to give Arkansas a 33-30 lead at the break.)

Gafford scored 16 points and was a perfect 7-of-7 from the field. Harris and Jones each scored 11 points.

Arkansas entered the game among the nation’s top 20 in assists but handed out a season-low six.

Arkansas returns to SEC play Tuesday (Jan. 29) when the Razorbacks host Georgia in Bud Walton Arena Saturday. Tip-off set for 6 pm (CT) and the game will be telecast on the SEC Network.