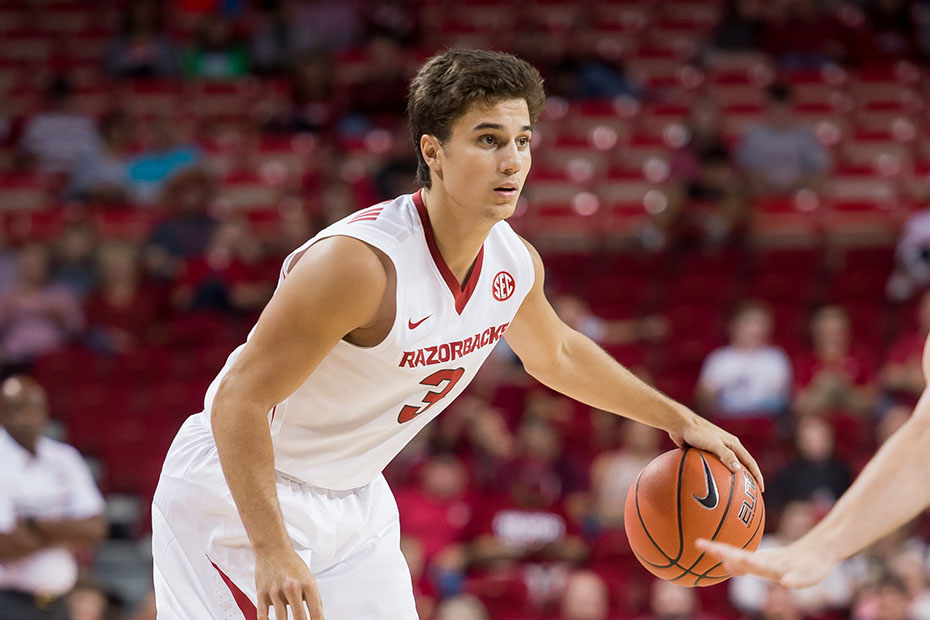 MINNEAPOLIS — The Arkansas men’s basketball team dropped its first contest of the year on Tuesday night, falling 85-71 to the Minnesota Golden Gophers at Williams Arena.

Arkansas was able to outrebound Minnesota 38-30, including pulling down 16 on the offensive end. Arkansas shot 90 percent from the free throw line (18-of-20).

Senior Moses Kingsley recorded his first double-double of the season, scoring 10 points to go along with 10 rebounds and three blocks. Kingsley is currently the SEC’s active leader in double-doubles with 18. Dusty Hannahs was able to manufacture a game-high 20 points on 7-of-12 shooting and two rebounds. Hannahs has now scored in double figures in 12 straight games, dating back to last season. Jaylen Barford was able to score in double figures for the third time this season as he picked up 12 points, two rebounds and two assists.

UP NEXT
The Razorbacks will return home for a five game homestand beginning on Monday, Nov. 28 at 7 p.m. against Mount Saint Mary’s inside Bud Walton Arena.