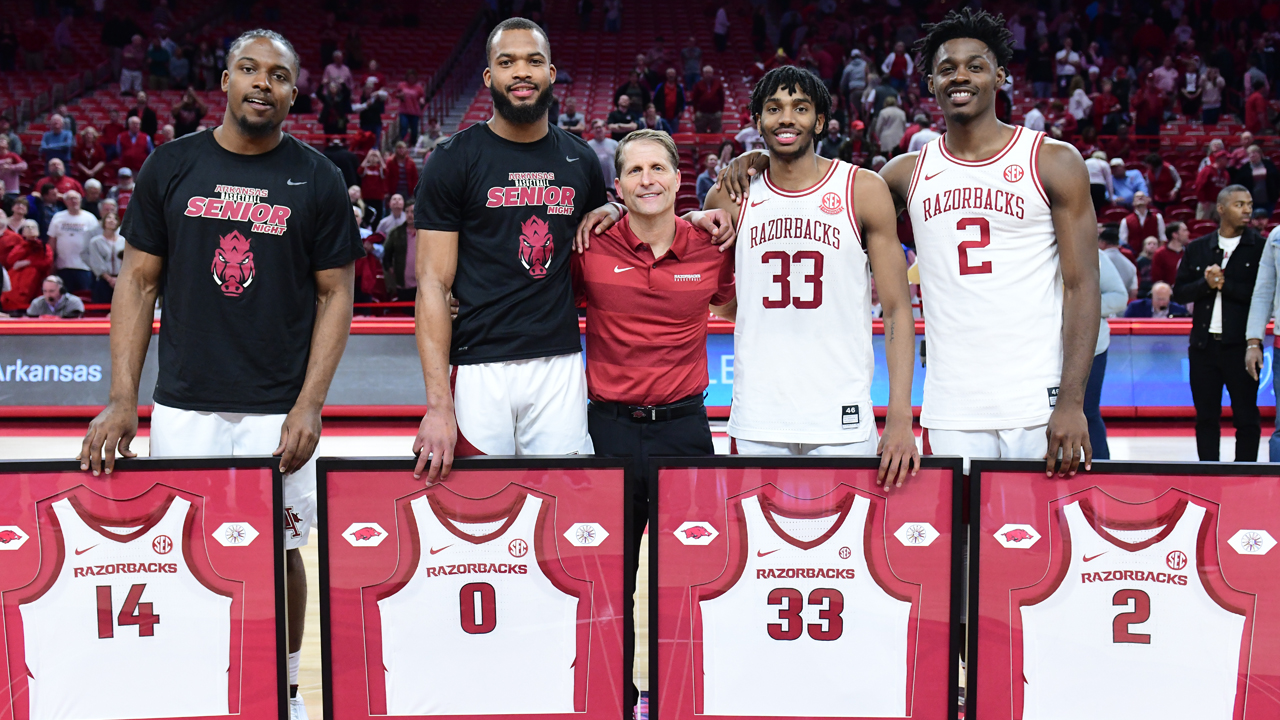 FAYETTEVILLE – Mason Jones scored at least 30 points for the eighth time this year, but it was Jimmy Whitt Jr., who shined brightest on his Senior Night to lead Arkansas to a 99-90 victory over LSU Wednesday night at Bud Walton Arena.

Whitt willed the Razorbacks to the win as he recorded his eighth career double-double – third this year – with 26 points, his second-best career effort, and a career-high 15 rebounds. He added five assists and two steals.

LSU scored first and the lead bounced back and forth until two quick triples by Desi Sills put the Hogs up 9-6, a lead they would not relinquish. Overall, Arkansas scored a season-high 55 points in the first half and took a season-best, 21-point lead into the locker room (55-34).

LSU rallied in the second half, scoring 56 points. The Razorbacks led by 23 with 17:41 left to play and were up 17 (77-60) with 7:15 remaining before the Tigers started chipping away. Skylar Mays scored 21 second-half points as LSU worked its deficit to seven few on four occasions from the 1:54 mark until 35 seconds left.

However, Arkansas, who missed 12 second-half free throws, was 6-of-6 at the charity stripe inside the final 30 seconds to seal the victory.

Sills added 13 points and Isaiah Joe 11 while Ethan Henderson had a career-high 10 points with six rebounds.

Mays, with 28 points, led four Tigers in double figures. He was joined by Emmitt Williams (16), Trendon Watford (14) and Javonte Smart (14).

Arkansas closes the regular season on Saturday at Texas A&M. Game time is set for 3:30 pm and the contest will be televised on the SEC Network.