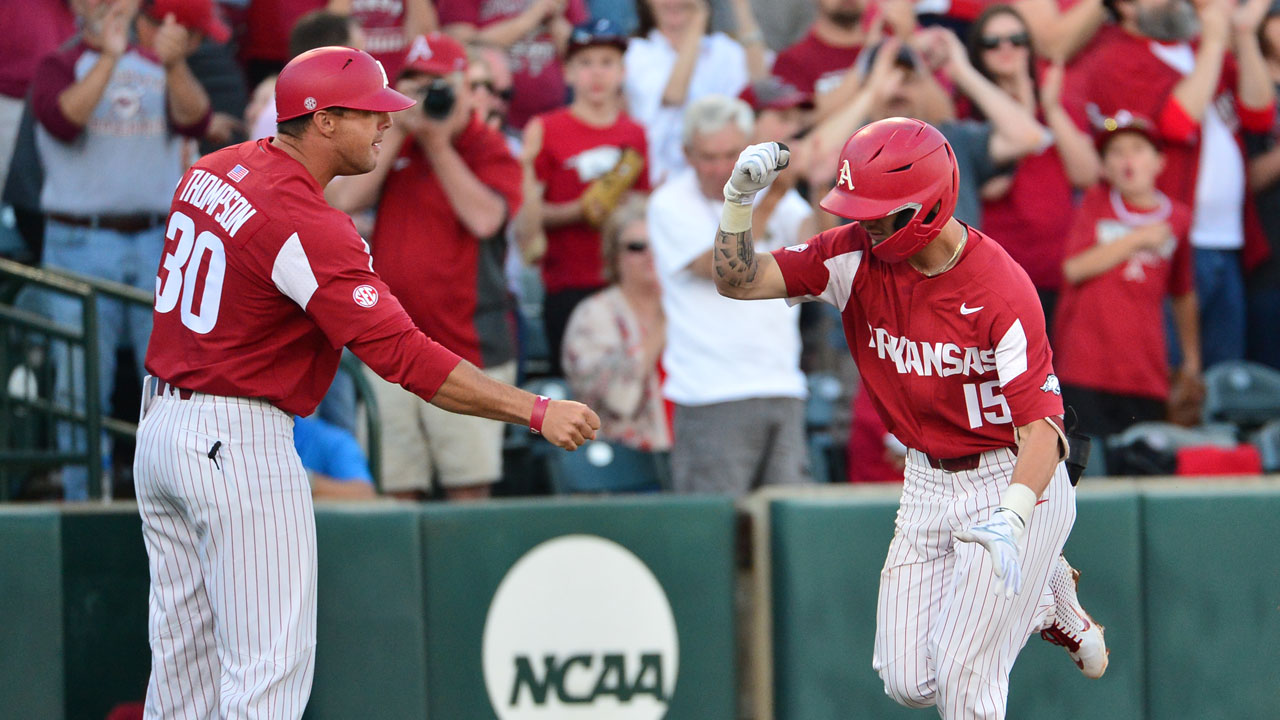 FAYETTEVILLE, Ark. – The fifth-ranked Arkansas Razorbacks will head into its final non-conference game of the 2019 season with a three-game winning streak when it takes on Grambling State on Tuesday at Dickey-Stephens Park in North Little Rock, Arkansas. First pitch is scheduled for 6:30 p.m.

The Razorbacks (34-11, 15-6 SEC) are coming off a big sweep of No. 18 Tennessee last week, their second-straight conference series sweep and now hold a two-game lead in the SEC Western Division over LSU, Ole Miss and Mississippi State.

Tuesday’s game with the Tigers will mark the 10th-straight year that the Razorbacks have played a game in North Little Rock during the regular season. The Hogs are 8-1 in games played in Dickey-Stephens Park, the minor league home of the Double-A affiliate Arkansas Travelers, with the lone loss coming in 2015 to Memphis. This will also be the second-straight year Arkansas has played Grambling State in its annual game. Arkansas won last year’s contest, 7-6.

Sophomore Kole Ramage will head to the mound for the Razorbacks, making his second start in as many weeks. Ramage got the start last Tuesday against Northwestern State and gave up just one run in five innings with five strikeouts. Ramage is currently tied for the team lead with seven wins and has given up just two runs in his last seven innings of work.

Follow Live
There will be no television broadcast for Tuesday’s game, but fans can listen to the radio call via the Razorback Gameday app and locally on KQSM 92.1 FM as Phil Elson and Bubba Carpenter will have the call from Dickey-Stephens Park. Pregame coverage begins 30 minutes prior to first pitch. There will also be a live radio link available on ArkansasRazorbacks.com.

Razorback Prime Nine
>> Arkansas will play its final non-conference game of the regular season on Tuesday against Grambling State inside Dickey-Stephens Park in North Little Rock, Arkansas. This is the 10th-straight year the Hogs have played a game in North Little Rock.

>> The Razorbacks are 8-1 in games played in Dickey-Stephens Park, the only loss coming in 2015 to Memphis. Tuesday’s game will be the second-straight year the Hogs and Tigers have played in North Little Rock.

>> Arkansas is hitting .366 as a team during its seven-game conference winning streak and averaging 10.1 runs per game during that stretch. Christian Franklin, Heston Kjerstad and Casey Martin are all hitting over .400 during that span.

>> Freshman right-hander Connor Noland worked 7+ innings for the second-straight week after going seven innings against Tennessee last week. He struck out a career-high 10 batters and gave up only two hits with one unearned run.

>> Sophomore outfielder Heston Kjerstad was named one of the National Players of the Week by Collegiate Baseball on Monday after hitting .450 last week with three home runs. He now has 12 homers on the year, two shy of his total from 2018.

>> Casey Martin and Dominic Fletcher lead the SEC in doubles heading into Tuesday’s game with Grambling State. The duo has hit three doubles in the last six games and has 18 for the year.

>> Kole Ramage will make his second start in as many weeks on Tuesday in North Little Rock. Ramage is tied for the team lead with seven wins this season and has given up just two runs in his last seven innings of work.

>> Redshirt senior Trevor Ezell eclipsed the 300-career hit mark over the weekend after notching seven hits in three games against Tennessee. Ezell had three hits in each of the first two games against the Volunteers and now has 303 hits for his career.

Up Next
Arkansas hits the road for its next SEC series as it travels to Lexington, Kentucky to take on the Kentucky Wildcats for a three-game series starting on Friday at 5:30 p.m.