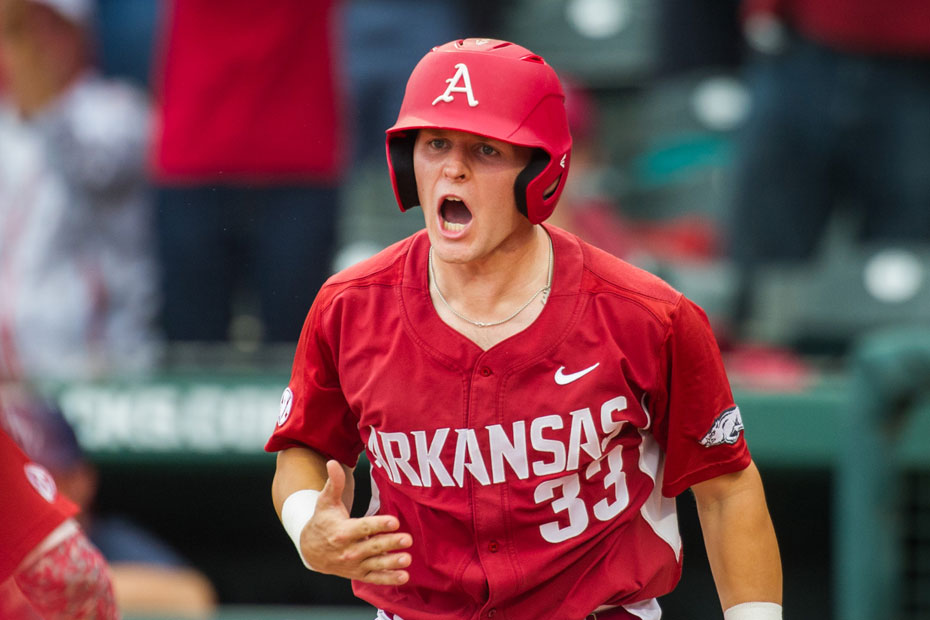 FAYETTEVILLE, Ark. – The third-ranked Razorback baseball team will open its 96th season of play Friday and 16th under head coach Dave Van Horn when it host Bucknell from the Patriot League for a three-game series at Baum Stadium. First pitch on Friday is set for 3:02 p.m. Saturday’s game will start at 11:32 a.m., followed by Sunday’s series finale at 12:02 p.m.

Follow Live
All three games will be available on SEC Network+ and the WatchESPN app with Brett Dolan (PXP) and Troy Eklund (Analyst) calling the action. Phil Elson (PXP) and former Razorback Bubba Carpenter (Analyst) will have the radio call on the IMG Sports Network.

Early Recognition For Blaine Knight
Razorback junior right-hander Blaine Knight was named a Louisville Slugger Preseason Third Team All-American by Collegiate Baseball Magazine back in December. Knight was one of Arkansas’ top arms in 2017, making 16 starts and compiling a 3.28 ERA in 90.2 innings pitched, the second-lowest ERA among Arkansas starting pitchers. His eight wins were good for tops on the team and were the most by an Arkansas pitcher since Chris Oliver had eight in 2014.

Koch Named Preseason All-American
Razorback junior catcher Grant Koch was named a Preseason Third Team All-American by D1Baseball.com in January. The Hog backstop was a constant in the lineup last year as he started in nearly every game (63 games), and hit .264 with a career-best 13 home runs and 42 RBIs. His home run total was the seventh most in the conference, most among catchers, and most by a Razorback catcher in the Dave Van Horn era.

Arkansas Earns Top 10 Preseason Rankings In All National Polls
With the release of the preseason poll from the National College Baseball Writers Association, Arkansas will begin the 2018 season ranked in the top 10 of all the major national polls. The NCBWA placed the Hogs at No. 6 in this week’s poll, the same placement as the Perfect Game poll, which is also the lowest of the six polls. Collegiate Baseball Magazine ranked the Razorbacks at No. 3, their highest since they were ranked No. 1 in the preseason in 2013.

Four Hogs Earn Preseason All-SEC Marks
Arkansas was one of two schools (Florida) to have four or more players earn a spot on either Preseason All-SEC team. Catcher Grant Koch led all Razorbacks as the lone first-team player, followed by Blaine Knight, Jax Biggers, and Dominic Fletcher, who make up the second team.

Fletcher Returns To Captain Outfield After Banner Freshman Season
After a year where he could be argued as the best hitting freshman in the SEC, centerfielder Dominic Fletcher is back for his sophomore year with the Hogs. Fletcher was named a freshman All-American by the NCBWA and Baseball America in 2017 after hitting .291 with 64 hits, 12 home runs, and 37 RBIs. His 12 long balls were the second most by a Razorback freshman in a season in school history trailing only Zack Cox, who hit 13 in 2009. In last year’s season opener, Fletcher became the first Arkansas freshman to homer in his Razorback debut since Andy Wilkins in 2008.