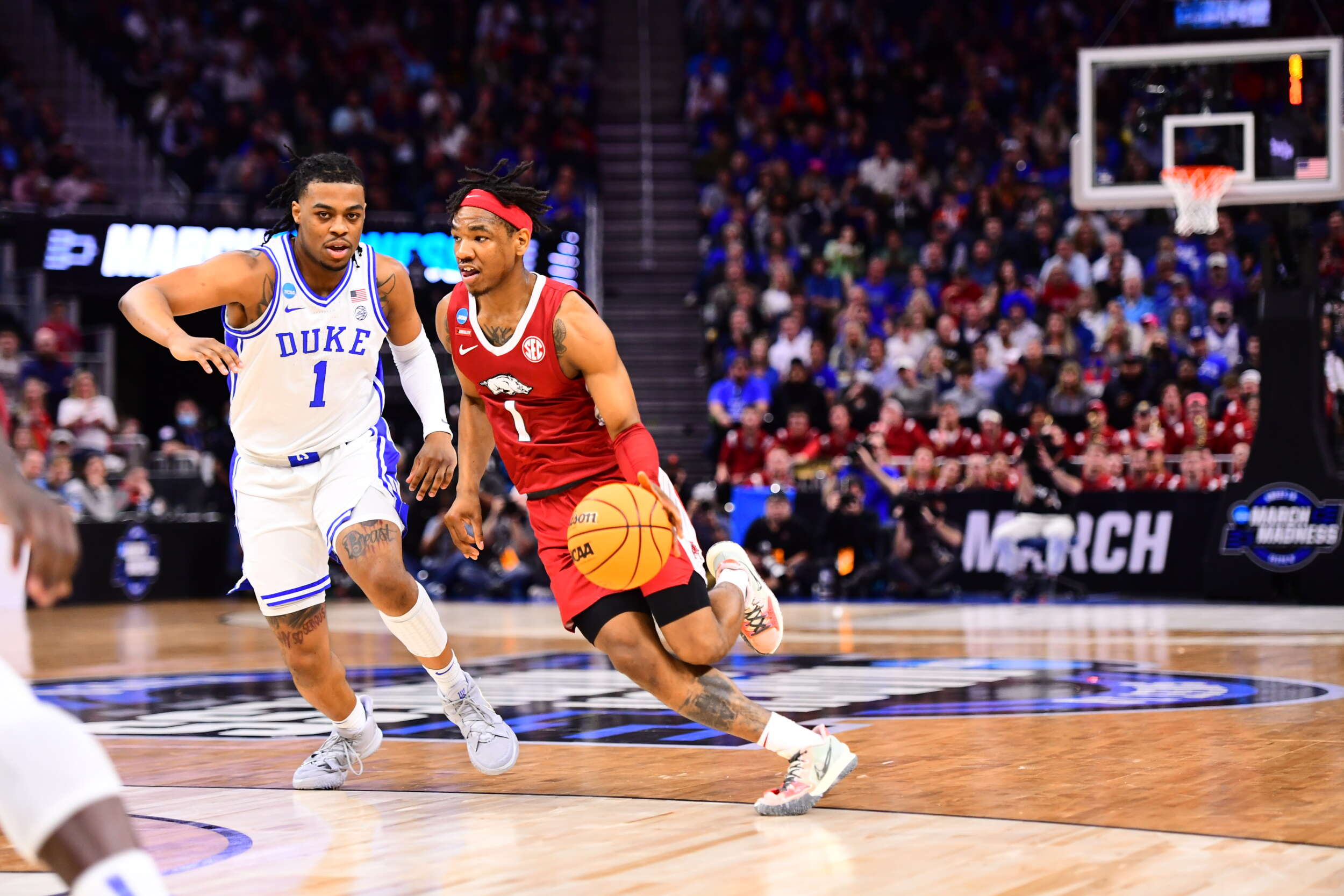 SAN FRANCISCO – Arkansas’ run in the NCAA Tournament came to an end in the Elite 8 on Saturday night at Chase Center in a 78-69 loss to a hot-shooting Duke.

The two teams opened the game by trading baskets and the game remained tight until an 8-0 Duke run midway through the half. Jaylin Williams’ lay-up snapped the run but the Blue Devils maintained a lead the remainder of the half. Duke fully swung the momentum their way to end the first half when Trevor Keels nailed a 3-pointer at the buzzer to finish another 8-0 run for the Blue Devils. Duke made four of their final five shots of the half while holding Arkansas scoreless over the final 2:14 on 0-of-5 shooting.

The Razorbacks’ resiliency showed up in the second half. A 9-2 Arkansas run cut the Blue Devils’ lead to five with 13:19 remaining but the Blue Devils rattled off the game’s next 10 points to establish a 15-point lead with 10:18 left. Duke held off the Hogs down the stretch to advance to the Final Four.

Duke shot 55% for the game and dominated the game from the inside, outscoring Arkansas 46-34 in the paint.

Williams led three Arkansas players to reach double digits in the game with 19 points along with 10 rebounds for his 16th double-double of the season. JD Notae and Stanley Umude each added 14 points with Notae adding four assists.

Notae and Williams were named to the NCAA West Regional All-Tournament team.

Paulo Banchero led the Blue Devils with 16 points to go along with Mark Williams 12 points and 12 rebounds.

Arkansas reached the Elite 8 for the second straight year

Getting Hot at the Right Time