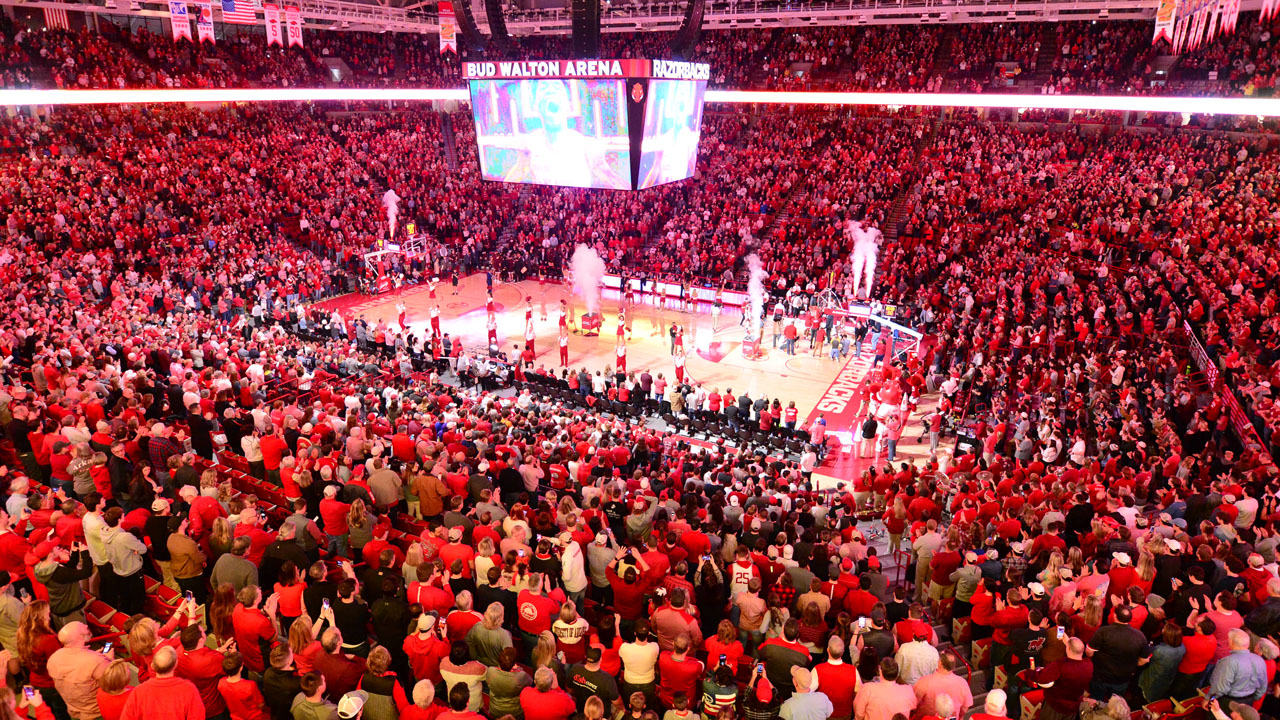 Arkansas Sells Out to Beat Texas A&M in SEC Opener

FAYETTEVILLE – Isaiah Joe scored 11 of his 17 points over the final 8:18 of the second half to help Arkansas pull away for a 69-59 victory over Texas A&M Saturday night before a sold-out at Bud Walton Arena (19,200). The game was the SEC opener for both teams. Arkansas improves to 12-1, the program’s best start since 2008-09.

After Adrio Bailey picked up his fourth foul with 12:12 left in the game, Arkansas went to a five-guard lineup. Including Joe’s 11 points over the span 8:18, Arkansas out-scored the Aggies 19-11 and out-rebounded A&M 10-9. Arkansas also forced eight turnovers, while committing just two.

Arkansas was clinging to a two-point lead (50-48) after a near six-minute drought, missing nine straight shots and making just 1-of-12 over six-and-a-half minutes. Jimmy Whitt Jr., ended the dry spell with a jumper at the free throw line. Texas A&M’s Andre Gordon followed with a layup to get the Aggies back to within two, 52-50.

Arkansas hits the road for two straight, playing at LSU on Wednesday (Jan. 8) and at Ole Miss next Saturday (Jan. 11). The LSU game is set for 8 pm and the game will be telecast on ESPNU.

Jones Fouled On Made Three