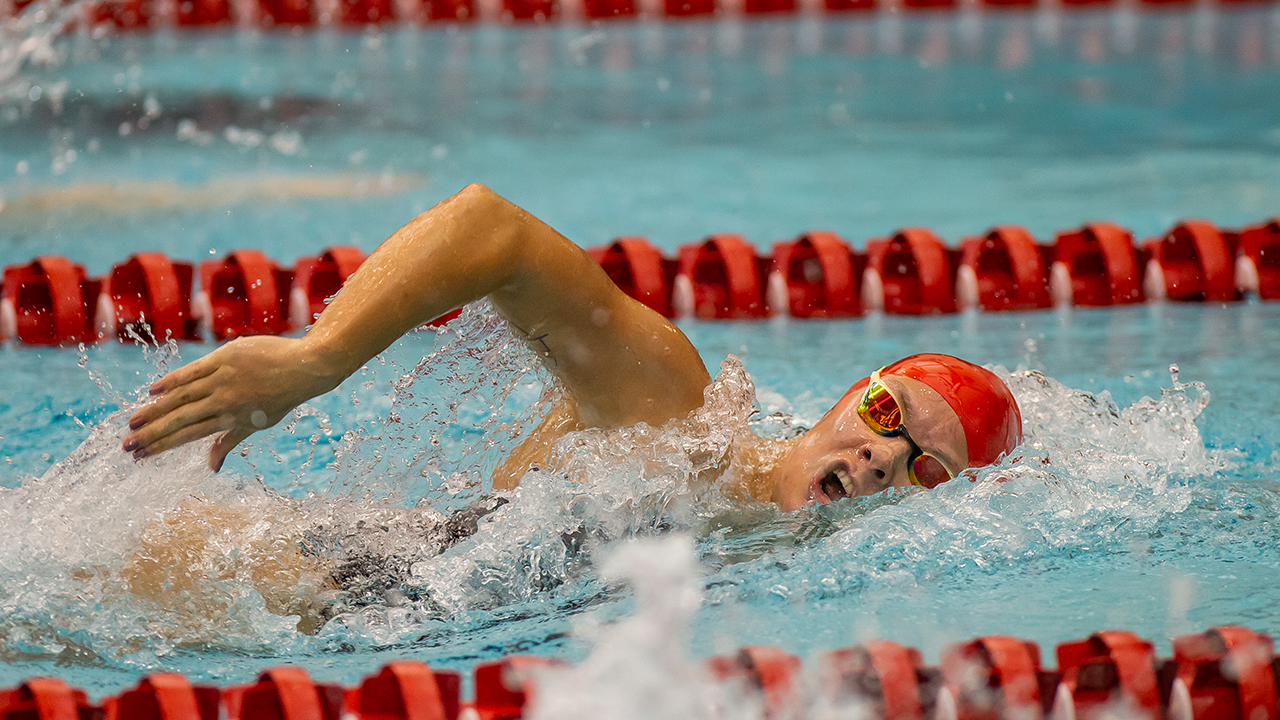 In addition to the two individual qualifiers, freshmen Kobie Melton and Molly Moore and seniors Sydney Angell and Marlena Pigliacampi will represent the Razorbacks in the three relays. Moore, Angell, Melton, and Hopkin will swim the 200 medley relay, while Melton, Hopkin, Moore, and Pigliacampi will swim in the 200 and 400 yard relays.

"Six swimmers is the biggest group we have sent to the NCAA Championship in the past three years, so we are very excited for our qualifiers. Obviously we are excited for Anna and Peyton to make it to their individual events, but something even bigger for the development for the program is our qualification in three relays," head coach Neil Harper said.

The Razorbacks set school records in the 200 yard medley relay and the 200 and 400 yard freestyle relays at the SEC Championships, taking third in the 400 yard freestyle (3:14.65) to give the team a medal in the event for the first 2016.

“Marlena Pigliacampi and Sydney Angell played a big part in our success and qualification in the three relays,” Harper continued. “This will be their first time at the NCAA’s so it’s a great way for them to cap their careers as Razorbacks. It’s also a great sign for the future of the program that freshmen Andrea Sansores, Kobie Melton, and Molly Moore played a big role in achieving the NCAA ‘A’ cut. We are excited for our divers to have the opportunity to qualify next week at zones and give us the potential to send one of our strongest teams in program history to the NCAA Championship.”

Maha Amer and Brooke Schultz will compete at the Zone Diving Championships next week, looking to round out Arkansas’ NCAA Championship team.

The 2019 NCAA Swimming and Diving Championships will be held March 20-23 at the Lee & Joe Jamail Texas Swimming Center in Austin, Texas. The University of Texas at Austin will serve as host.

A total of 322 participants (281 swimmers and 41 divers) will compete in the championships. Swimmers qualified for the championships by meeting the established minimum time for the events in which they entered. Divers will be determined by performances at the Zone Diving Meets March 11-16.

ESPN will broadcast live coverage for both Friday and Saturday finals on ESPNU, as well as streamed coverage on ESPN3 for Wednesday and Thursday evening finals. All sessions not part of ESPN’s broadcasts will be streamed live at https://texassports.com/.