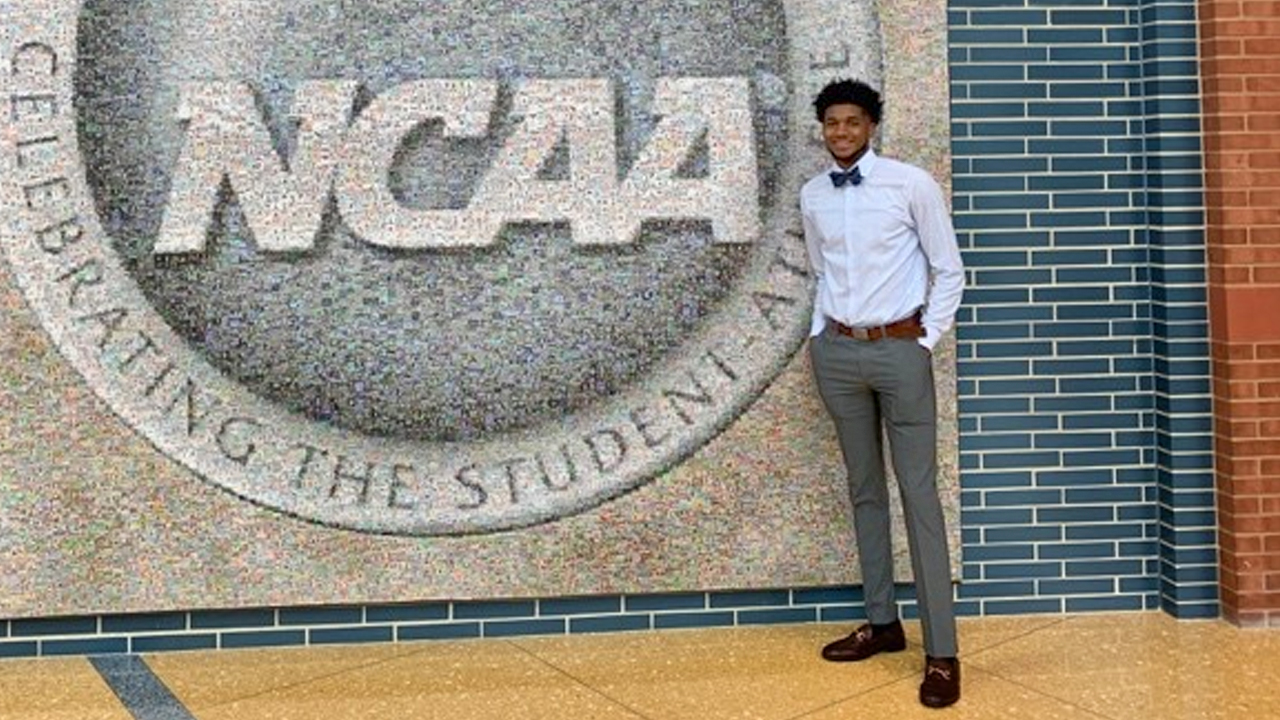 The symposium, which is a product of the NCAA Leadership Development program, is intended to educate college players on the expectations and responsibilities they may face should they become a professional athlete as well as discussions on other post-career opportunities. Among the features of the forum were a former student-athlete panel, agent and players’ union discussions, and a seminar on personal branding.

This was the fourth year for the symposium, which is designed for both football and men’s basketball student-athletes who have an interest in continuing their playing careers professionally.

The symposiums are part of a larger effort of the Presidential Forum, which wants to ensure that the collegiate experience affords all student-athletes a pathway to opportunity. The membership wants to equip student-athletes with realistic expectations as to professional athletics careers.

Last year, Joe started all 34 games and averaged 13.4 points per game. He sank 113 3-pointers which set an Arkansas single-season record, tied the mark by an SEC freshman and was the fourth-most treys made by a freshman in NCAA history. He was named to the SEC All-Freshman team as he set the league record for most 3-pointers made per game by a freshman (3.22) and he was just the fourth freshman to lead the league in 3-point field goal percentage (.414). On the defensive end, Joe led the team with 51 steals – ranking 10th in the SEC in the category – while leading the team by taking 27 charges.