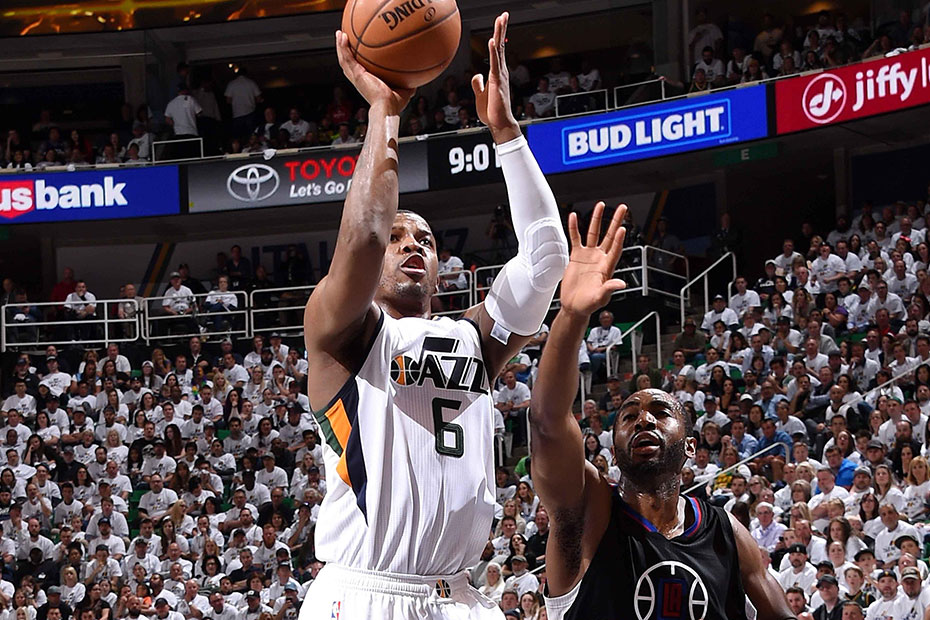 Joe Johnson Playing A Hand In All Of Clippers’ Playoff Losses

LOS ANGELES — The end result seemed inevitable anytime Utah guard Joe Johnson had the ball in his hands. Even as the Clippers sensed what he would do, there were very few times when they stopped it.

Having earned the nickname “Iso Joe” during his 15-year NBA career, the 35-year-old Johnson has shown in this first-round series against the Clippers that his production is hardly an isolated incident. Johnson scored 14 points in Utah’s 96-92 Game 5 victory over the Clippers on Tuesday night at Staples Center, but that doesn’t properly explain his value.

“His baskets, because of the timeliness of them, really lift the group,” Jazz coach Quin Snyder said. “He’s so willing and wanting to take those big shots.”

He nailed a 3-pointer that widened the gap to 83-78 with 2:59 left to prompt Clippers coach Doc Rivers to call a timeout. Nearly 17 seconds after re-entering the game, Johnson nailed a fadeaway in the lane to give the Jazz a 92-87 lead with 19.2 seconds remaining. In the Clippers’ Game 4 loss, Johnson scored 13 of his game-high 28 points in the fourth quarter. In the Clippers’ Game 1 loss, Johnson made the game-winner over center DeAndre Jordan and forward Jamal Crawford as time expired.

“We got to slow down Joe Johnson. He’s been killing us every game now,” Clippers guard Austin Rivers said. “He keeps making big shots after big shots. We’ll figure out something.”